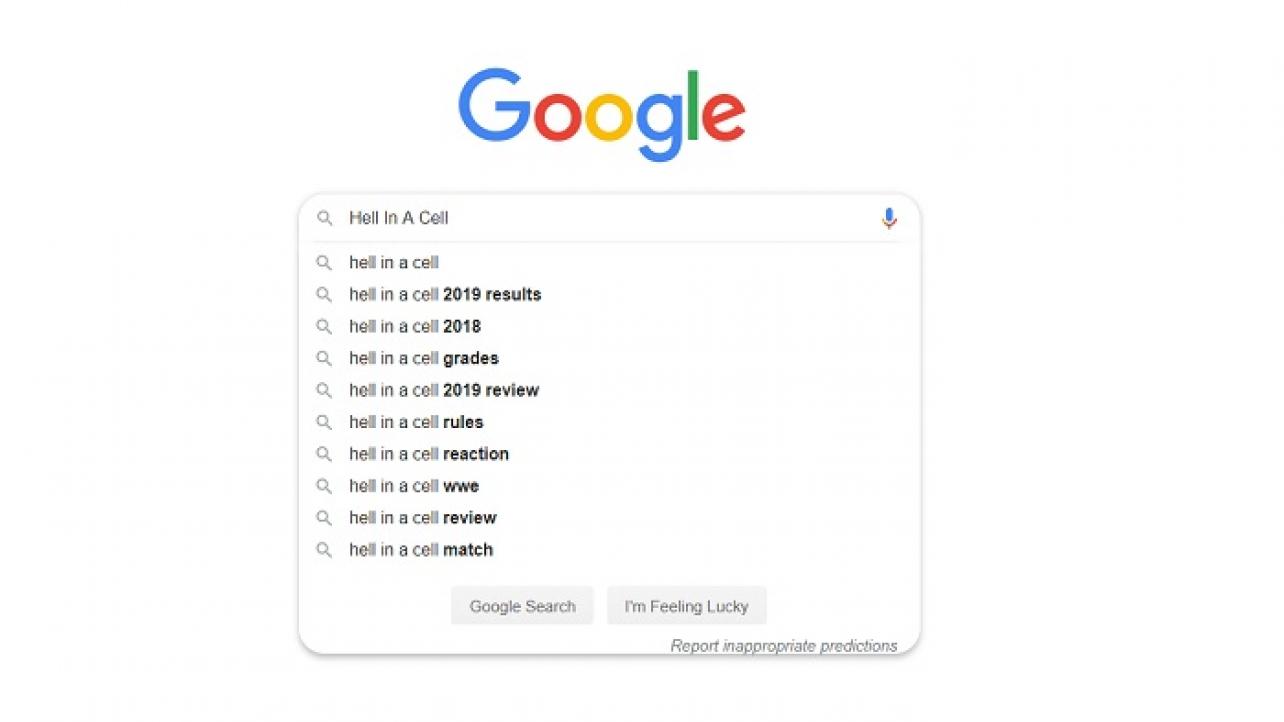 Coming out of a busy week that included the debut of Friday Night SmackDown on FOX, the WWE Hell In A Cell 2019 pay-per-view and the UFC 243: Whittaker vs. Adesanya PPV show, just to name a few, there was some interesting notes regarding Google searches for the various events.

WWE’s “Hell In A Cell” was the ninth-most searched term on Google on Sunday with 200,000 searches.

The number was less than the Friday Night SmackDown on FOX search activity on Google for Friday night and was reportedly only one-fifth of what the UFC 243 pay-per-view in Melbourne, Australia did for their show on Saturday night with “The Last Stylebender” Israel Adesanya vs. Robert Whittaker for the Middleweight Championship of the World.

In related news coming out of the weekend, UFC 170-pound contender Jake Matthews did a special Triple H-style ring entrance from WWE for his walk the Octagon for his welterweight match against Rostem Akman.

For the full story on that, including video of the WWE-inspired walk to the Octagon, a post-fight video interview with Matthews explaining the special ring walk and a reaction tweet from Triple H himself, click here.