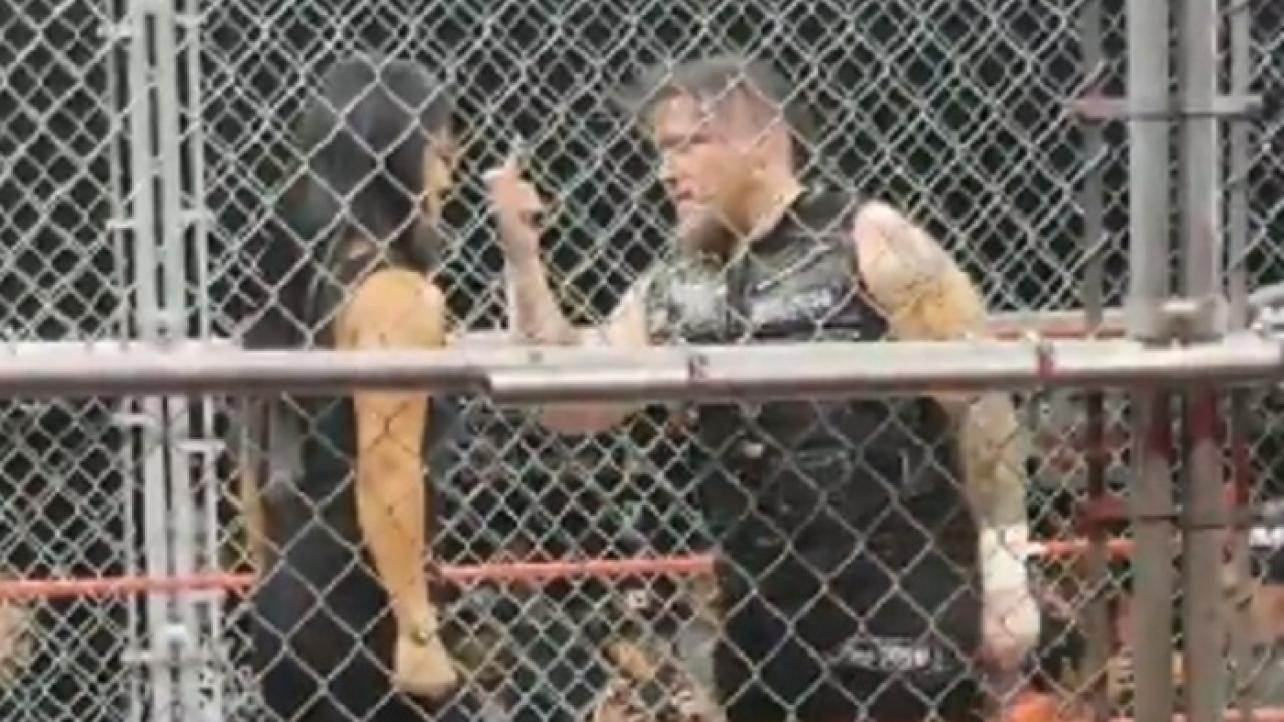 It’s official — Tessa Blanchard will challenge Sami Callihan for the IMPACT World Championship in an Intergender main event match at the upcoming IMPACT Hard To Kill pay-per-view on January 12th.

IMPACT Wrestling issued the following press release announcing that superstar Tessa Blanchard will challenge Sami Callihan for the company’s world title at the January 12th Hard To Kill pay per view from the Bomb Factor in Dallas, Texas.

NEW YORK CITY – (November 8, 2019) IMPACT Wrestling, a subsidiary of the leading independent multi-platform media company Anthem Sports & Entertainment Inc., announced today in New York City that third-generation superstar Tessa Blanchard will take on bitter rival Sami Callihan for the IMPACT World Championship in a historic main event matchup at the promotion’s upcoming Hard To Kill pay-per-view event on Sunday, January 12, 2020, at The Bomb Factory in Dallas, TX. The bout marks the first time in professional wrestling that a woman will challenge a man for the top title live on pay-per-view. Callihan and Blanchard were both in attendance today, joined by several IMPACT Wrestling officials.

The title fight will not be the first time that the foes have faced off in the ring. Their bitter rivalry extends back to Slammiversary XVII, where Callihan was able to overcome a tremendous effort from Blanchard and pin her after unleashing a vicious arsenal of DDTs and piledrivers. Since that unforgettable showdown, Callihan defeated Brian Cage to claim possession of the IMPACT World Championship on the debut of IMPACT! on AXS TV in November.

“IMPACT Wrestling has always been a trailblazer in the professional wrestling world, from our Knockouts division to never-before-seen matches like Ultimate X,” said Scott D’Amore, executive vice president of IMPACT Wrestling. “In her short career, Tessa Blanchard has already demonstrated that she is not only one of the best female professional wrestlers in the world, but one of the very best, period. On January 12th, she will get the opportunity to make history when she challenges for the World Championship live on pay-per-view.”

“I intend to become the first female World Champion in IMPACT Wrestling history on January 12th at Hard To Kill,” Blanchard said. “This isn’t just about our rivalry, and this goes far beyond the IMPACT World Championship. This is about showing everyone that Tessa Blanchard is the real deal, and I’m here to stay. I can go toe-to-toe with any man or woman in the world, and in any type of match. I’ve earned this shot, and I won’t stop until I’m raising that belt up high for all of my doubters to see.”

“I’ll give Tessa credit for one thing: she’s not afraid to make herself look like a fool on national television,” Callihan said. “I’ve already proven that she is not on my level and I intend to do it again. No one will be making history at my expense, so I plan on destroying Tessa and establishing my legacy as the greatest World Champion in IMPACT Wrestling history.”