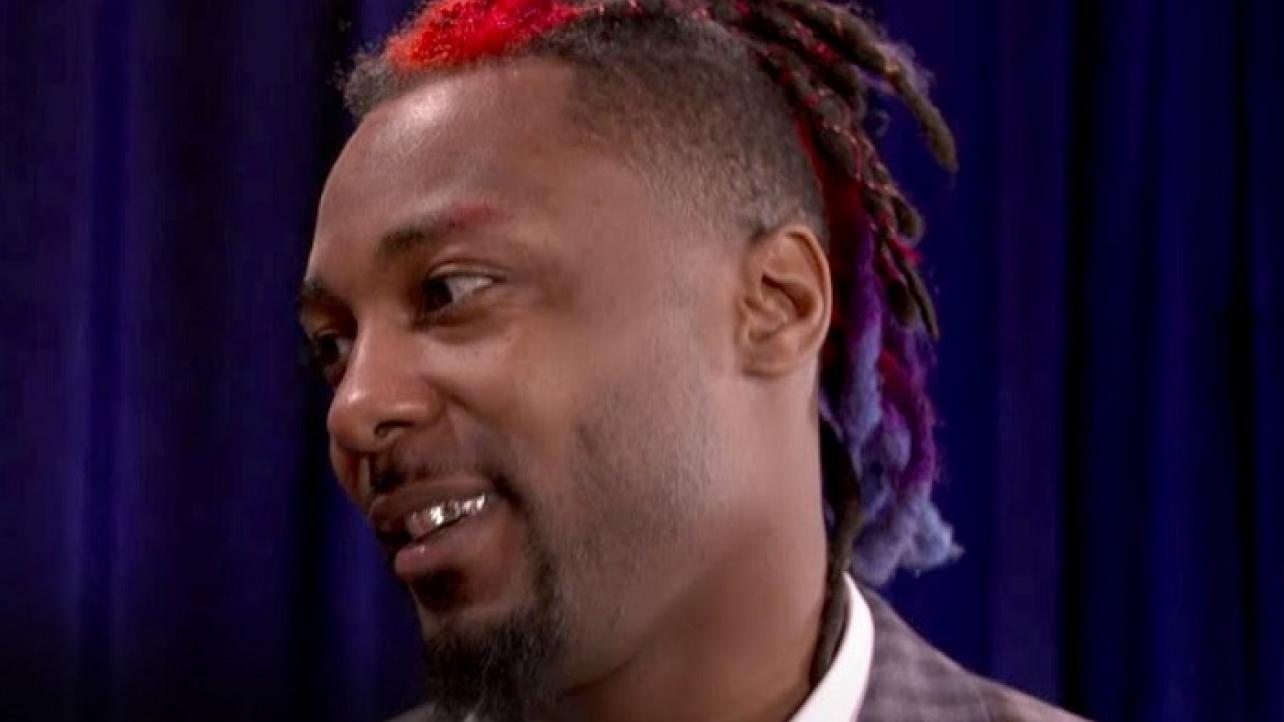 Isaiah “Swerve” Scott Proud Of What He Accomplished In WWE, Opens Up On His Release

Isaiah “Swerve” Scott recently sounded off on his WWE departure during an episode of his “Swerve City” podcast.

During the show, Scott spoke about his initial reaction to his WWE release, being proud of what he accomplished during his run with the company and more.

On how he was initially upset and embarrassed about being released: “When the release happened I was upset. It was more of an embarrassment to my family because I felt like I was like, I let them down because I talked up so much about how everything was going to be okay, everything is going to be I’m going to exceed the expectations. We’re doing something that’s never been done, yadda yadda yadda. It felt like it was like now it was thrown back in my face.”

On being proud of what he was able to accomplish during his time in WWE: “But I looked around. It took me a couple of days, two days, I looked around and got on the phone with my mans, talk to my peoples. We talked about all the possibilities that are out there right now. We had a good, long [talk] I spoke with the lady, I spoke with — I’m still trying to tiptoe back into the family. I’m getting better at it. But once again, I look around and I’m appreciative of all that I’ve accomplished. Everything that I’ve done in the WWE, I’m proud of. I was able to — I learned to rap three years ago and I was able to do it on the USA Network, live, with my friends in the audience watching. I was able to do it live. One take like, no cuts, live on the USA Network, in front of hundreds of thousands of people watching at home, in front of my friends and family that were there and live in attendance.”

On his artistic vision is now vast: “I was able to pull myself out of obscurity into becoming something that was just like it was needed. It was like wanted, an act, a group that just had to be on the next level, we did that, and we did it in five months of being together and knowing each other. That’s something I can always be proud of and I can leave my mark with it and be proud and move on. Now, my artistic vision is so vast. I’m still trying to find ways to funnel it, but now that I have more opportunities, more time, more opportunities to have the hands off me to let it go, it’s about to get spooky. Spooky season has arrived.”

Isaiah “Swerve” Scott Proud Of What He Accomplished In WWE, Opens Up On His Release