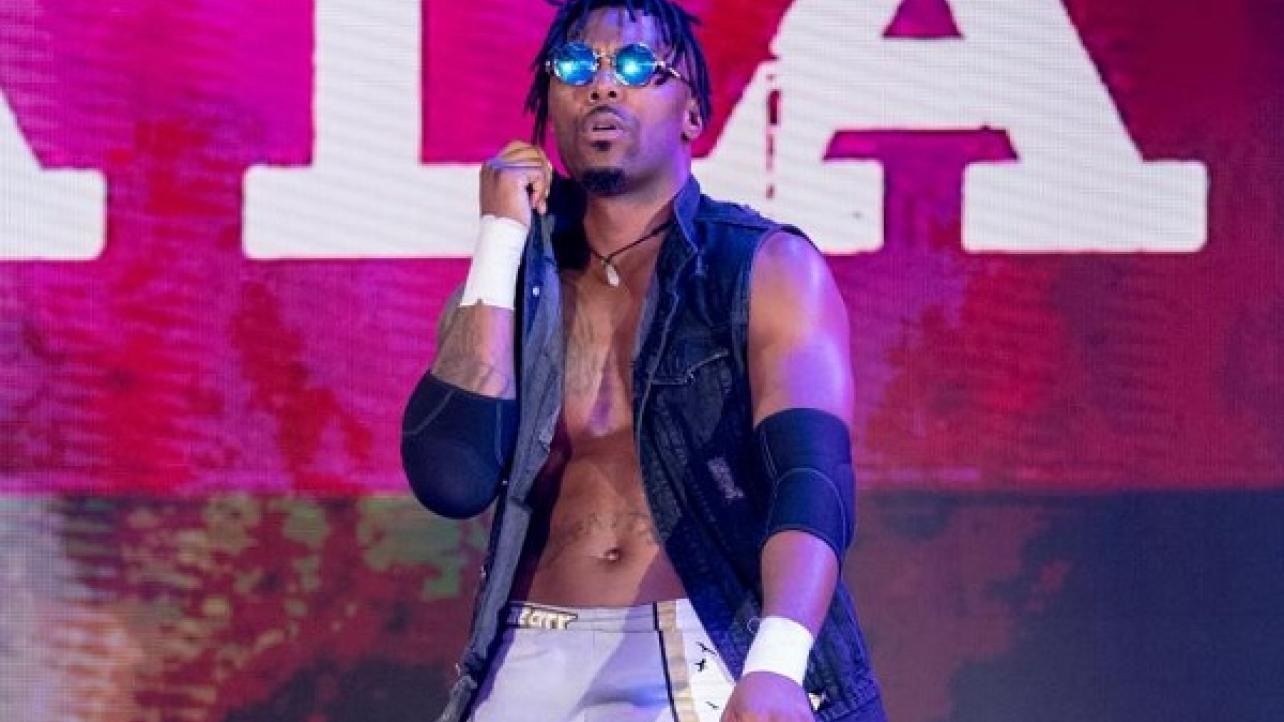 Isaiah “Swerve” Scott Talks 205 Live Appearances, Says He Should Move Up From NXT

Following his team’s victory on last night’s 205 Live main event, NXT star Isaiah “Swerve” Scott was interviewed in a WWE exclusive asking if the wrestling universe could expect to see him in the cruiserweight division more often.

“Swerve” responded by saying the atmosphere and the locker room of 205 Live are incredible, and called the roster the best talent in the world.

He also believes that the deserves a chance to be apart of that.

Swerve never gets tired of being in this atmosphere. This 205 Live locker room is incredible. Best talent in the world. Swerve deserves to be apart of that. So me personally…I would love…LOVE…to be here permanently. 205 Live…Swerve’s house…it has a ring to it don’t it? So yea…lets listen to the WWE Universe on that one.

After falling short in the NXT Breakout Tournament, Swerve has already made an impact on Tuesday nights, and event took cruiserweight champion Drew Gulak to the limit in his first appearance on 205 Live. Check out Swerve’s full interview below.

EXCLUSIVE: Can we expect to see @swerveconfident more often on #205Live??? pic.twitter.com/X8FbO61OTA

Isaiah “Swerve” Scott Talks 205 Live Appearances, Says He Should Move Up From NXT