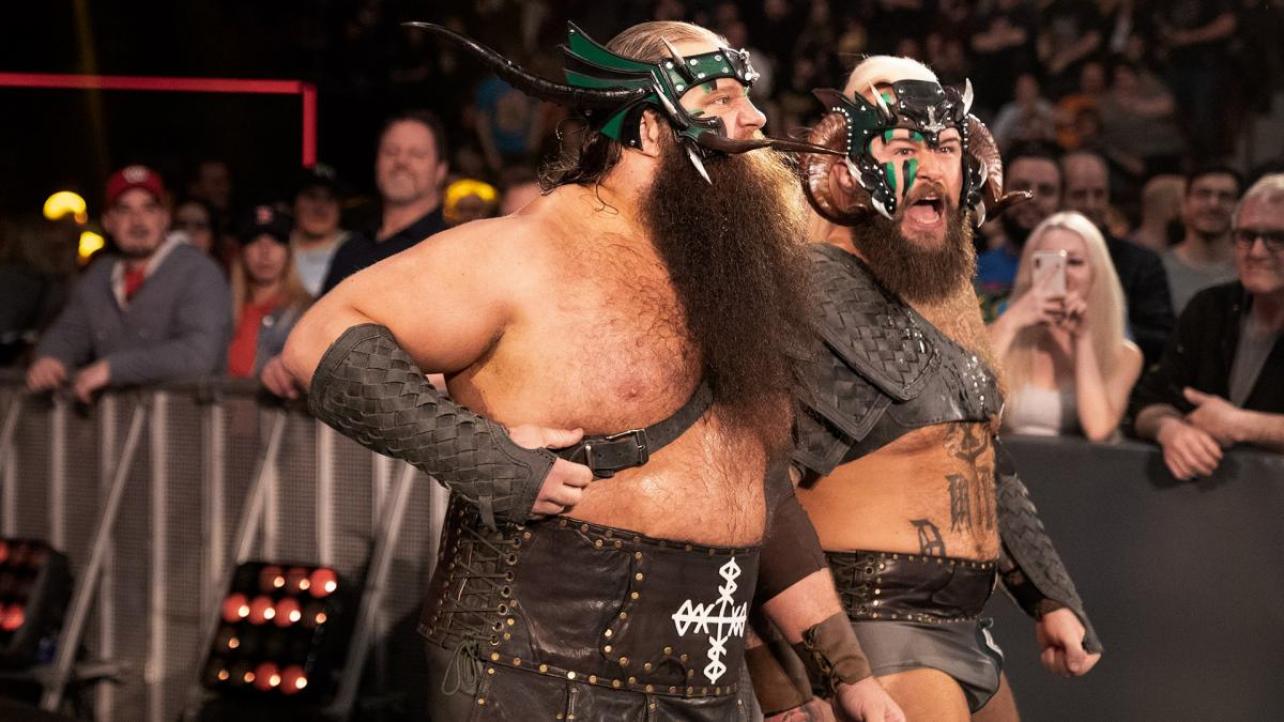 Last week on Raw, The Viking Raiders made thier return to WWE TV, after Ivar left to recover from a neck injury.

This week, one-half of The Viking Raiders took to various social media outlets, to talk about his road to recovery. You can see the YouTube version of the emotional video below::

“I ended up breaking my neck when I dove out of the ring. With the neck, and my injury specifically, because it’s such a traumatic blow to my spinal cord it was hard to get any kind of clearance of idea from the doctor as to when would be the time. It was a range, depending on how I heal. Once you have the fusion surgery in your neck, you have to wait for it to fuse and heal. It was rough and mentally it was rough. As soon as I got the chance to go to the Performance Center and rehab, things got easier mentally. I was able to help with training classes, help the young guys, and in helping them learn, I was learning. Mentally, that helped because I feel like I evolved. I fought really hard to get cleared enough that I could get in the ring early with no physicality, just to work on cardio. That helped accelerate my healing process”.

The Viking Raiders were successful in their return, and were able to put away the team of Cedric Alexander and Shelton Benjamin. The collossal duo faced off with the same team during this weeks episode of Raw, where the result was the same.

Are you fan of The Viking Raiders? Sound off in the comments section!