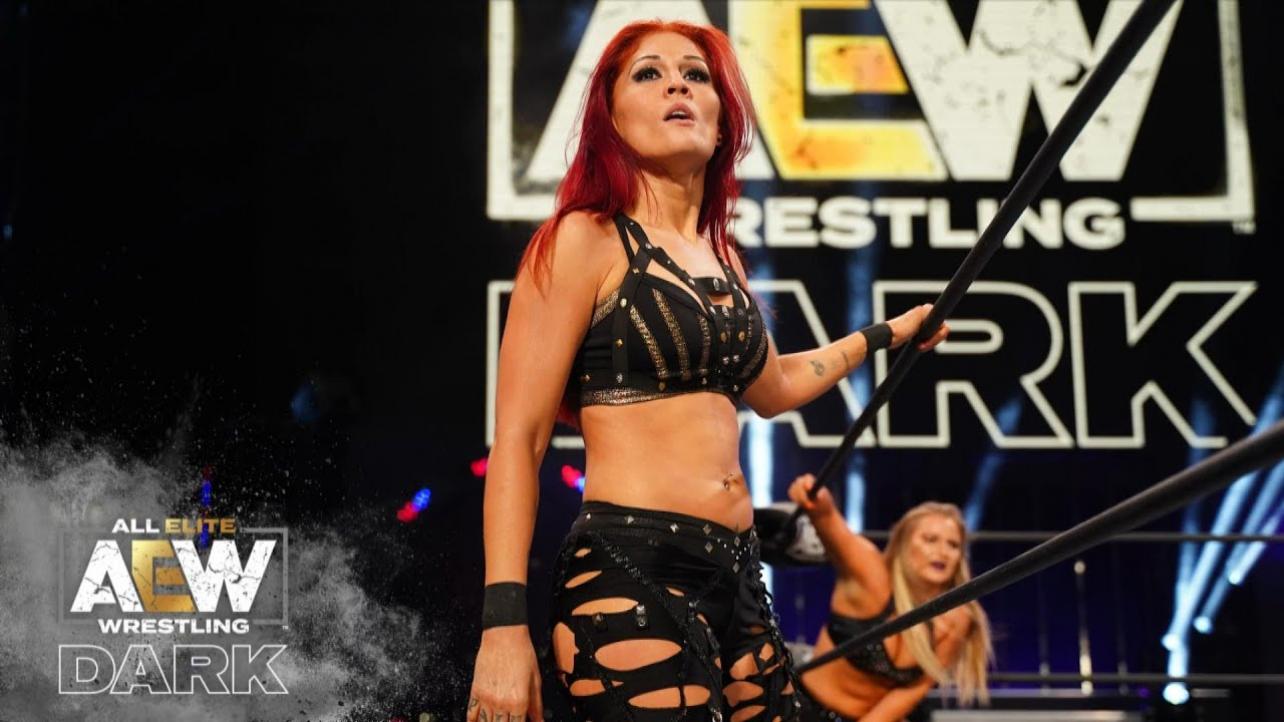 Ivelisse spoke to LLO about her departure from the company, and even stated that Thunder Rosa tried “to damage my position there”. You can see the highlights below.

On her initial comments, in a since deleted tweet:

“Nothing that I said wasn’t true, obviously, but everything I said in that day came from a place with a lot of pain for what was going on that day. Honestly, about the type of person I prefer not to speak about because I do not like negativity and I, literally, use my social media 99.9% of the time in character to promote everything I do, whether that be my matches or my storylines. Specifically with that, I said it with a lot of emotion and, I won’t go into a lot of detail of what went on and what led to that (her release), but I know that it has to do that us women still have a lot of struggles in having a voice. All over the world, we have a problem in having a voice that is seemed as valid in everything around the world, specially in wrestling.”

Says “only they can answer” what caused her release:

“That I cannot answer. Only they can answer that, but as I have been saying. As women, we struggle in our voice in general; I believe that it a denominator as to why the veteran women’s wrestlers don’t receive the same value and respect in wrestling. When I saw that they released Mickie James, that I couldn’t believe it, but with my experience as a women’s wrestler in the world of Pro-Wrestling for 17 years, and also everything that has happened, I believe that the few veteran women’s wrestlers left do not receive the same treatment they deserve, and not just me, others too. Literally, here I could see the same issue in a match I saw recently involving another veteran, so that is one of the more critical denominators in the bigger picture.”

Her thoughts on Thunder Rosa:

“At the beginning, everything seemed great, and I had my hopes through the roof, and I was very happy, but I will be very honest with you. I said it the first day of my release; I felt valued and happy, but one person was doing everything to damage my position there. It was Thunder Rosa… I was in shock, definitely, but not as much because I had already recalled everything that went on in the past, so I had an idea. I noticed too late just how much damaged was made to my name, and I only realized after analyzing the chain of events from everything that went on and it made a lot more sense, because this and this happened because of this and whether it was fair or not. Thinking back, now I understand better how everything developed and, as I told you before, from the 2 months where everyone was asking what was happening with me, the only thing I focused was my mental and physical health to the best of my abilities possible. I did not expect it to turn into a positive reaction, so when they gave me the notice, I was still in shock. Again, I understand wrestling and its politics, but the fact that someone was brought in as strongly, that is what shocked me the most, especially during a pandemic. I came from Puerto Rico on my own, with my clothes on my back in a suitcase, and I came here to kill myself from ground zero with many against me, so when I lost everything on the fire, literally the little that I achieve because, as you mentioned, if I was a man, I would have had a lot more wealth and success than I would as a woman in my career, I lost it. I had my hopes very elevated, but I lost everything. Everything that happened there, plus everything else on top of it, and I still did everything I was asked to do. I gave it my all to my work, and I lost a lot of weight due to the stress of what was going on and personal issues that I was going through, I was suffering. I lost the person that was with me when everything would go South, everything was gone, so that’s why I put everything in my work. I will be super honest, I was in that wave of depression trying to hold on, specially.”