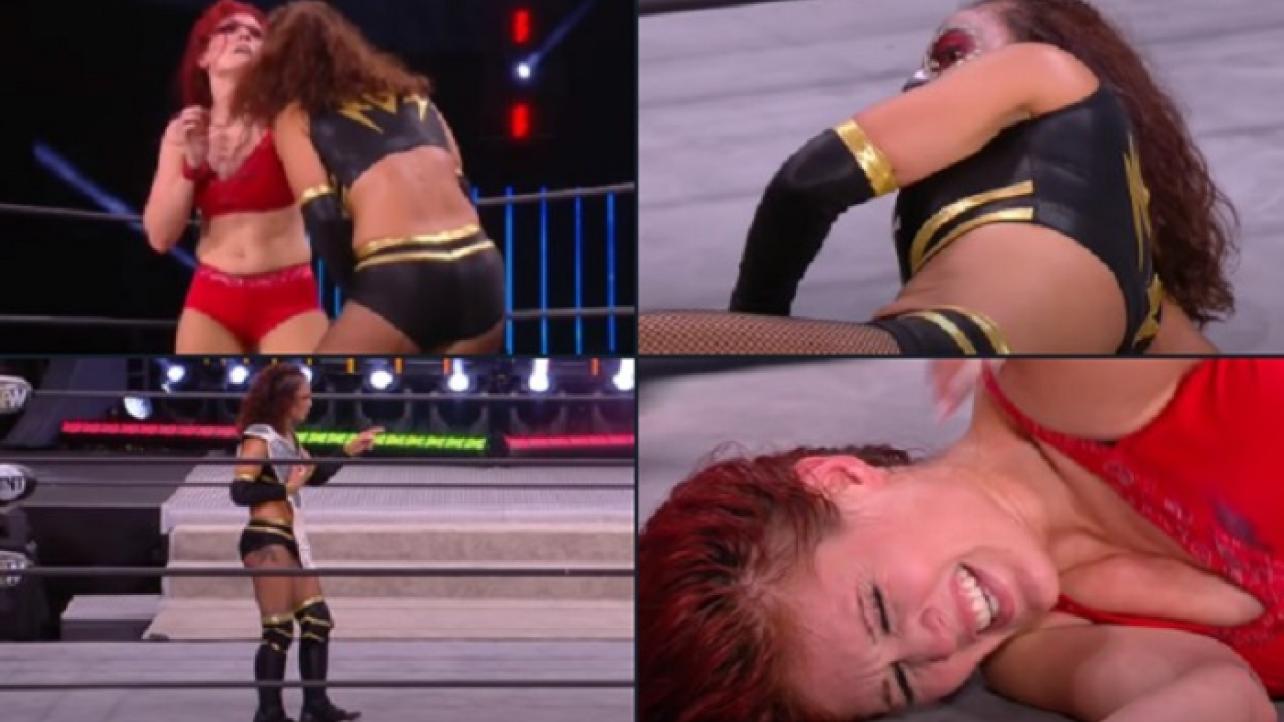 It looks like the NWA Women’s Champion Thunder Rosa and one-half of the first-ever AEW Women’s World Cup: The Deadly Draw Champions Ivelisse were involved in a shoot-fight altercation at points during their most recent television match under the All Elite Wrestling banner.

Multiple media outlets have confirmed reports that during the Wednesday, September 16, 2020 episode of AEW Dynamite on TNT from Daily’s Place amphitheater in Jacksonville, Florida, the AEW women’s match between Ivelisse and Thunder Rosa saw things get physically heated between the two to the point where they reportedly exchanged actual legitimate shoot-style strikes at each other during various points.

The incident took place when Ivelisse was uncooperative with Rosa while the latter was executing a seated surfboard hold transitioning into another spot.

Apparently Rosa did not appreciate the no-selling, which prompted the two women to begin exchanging shoot strikes.

Sources also noted that Rosa and Ivelisse were having trouble getting along backstage prior to the match, which likely boiled over once they were actually in the ring, and particularly when things during the actual bout starting going south.

We will keep you posted here at eWrestling.com as updates continue to surface regarding the shoot fight exchanges that took place between NWA Women’s Champion Thunder Rosa and one-half of the first-ever AEW Women’s World Cup: The Deadly Draw Tournament Champion Ivelisse during this past week’s episode of AEW Dynamite on TNT.