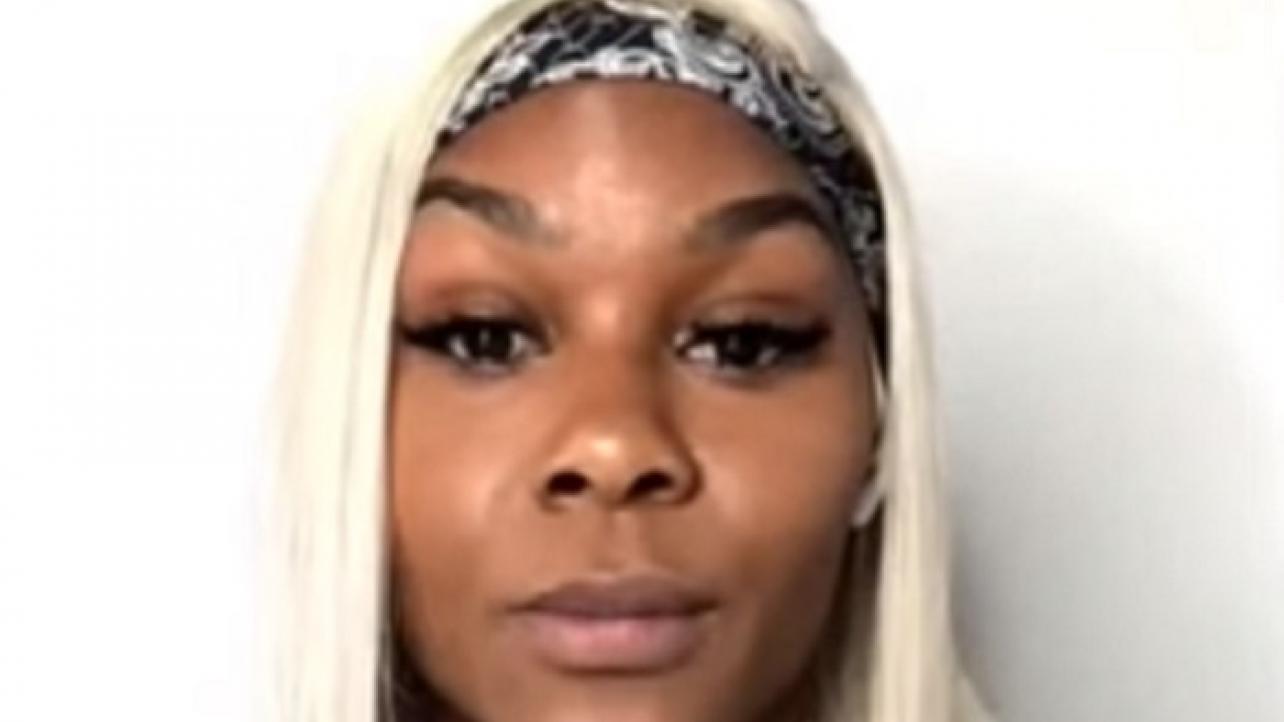 Jade Cargill is that b*tch.

The AEW women’s wrestling standout performer appeared as a guest on the Wrestling With The Week show for an interview, during which she spoke about working with Dustin Rhodes, gaining confidence as she gets more experience under her belt and more.

On how she wouldn’t step foot in a ring if she wasn’t confident she would succeed: “I wouldn’t step foot into this if I didn’t think I was going to be good or benefit the company or wrestling in general. I’m learning on TV as I go. I know that wrestling fans have an instant gratification and a lot of people have been working on the Indies and going to wrestling school and have developed before they were on TV. Anthony Ogogo and I are probably the first people who are developing as we go on TV. I’m enjoying it. The sky is the limit and I think I’m going to be damn good at this.”

On working with Dustin Rhodes and gaining more confidence as she goes along: “Coming down to TV and working with Dustin Rhodes has helped me tremendously. People probably think I pose too much and do all this too much, but I’m getting your attention and Mr. Perfect used to always do it, so, whatever. I love it. I know where the money cam is. I don’t necessarily understand the floor cameras yet, but I’m getting used to it and making friends with the production crew, telling them what looks good and what doesn’t. I know the money cam is always there and to always look ahead and look confident. I’m learning and with no fans, it makes the transition easier. Even though if I had a fan telling me to shut up, I could turn around and say something to them and it’d be easier. Being on camera is easy for me.”

Check out the complete episode of Wrestling With The Week featuring Jade Cargill and more via the video embedded below courtesy of the official AEW YouTube channel. H/T to Fightful.com for transcribing the above quotes.