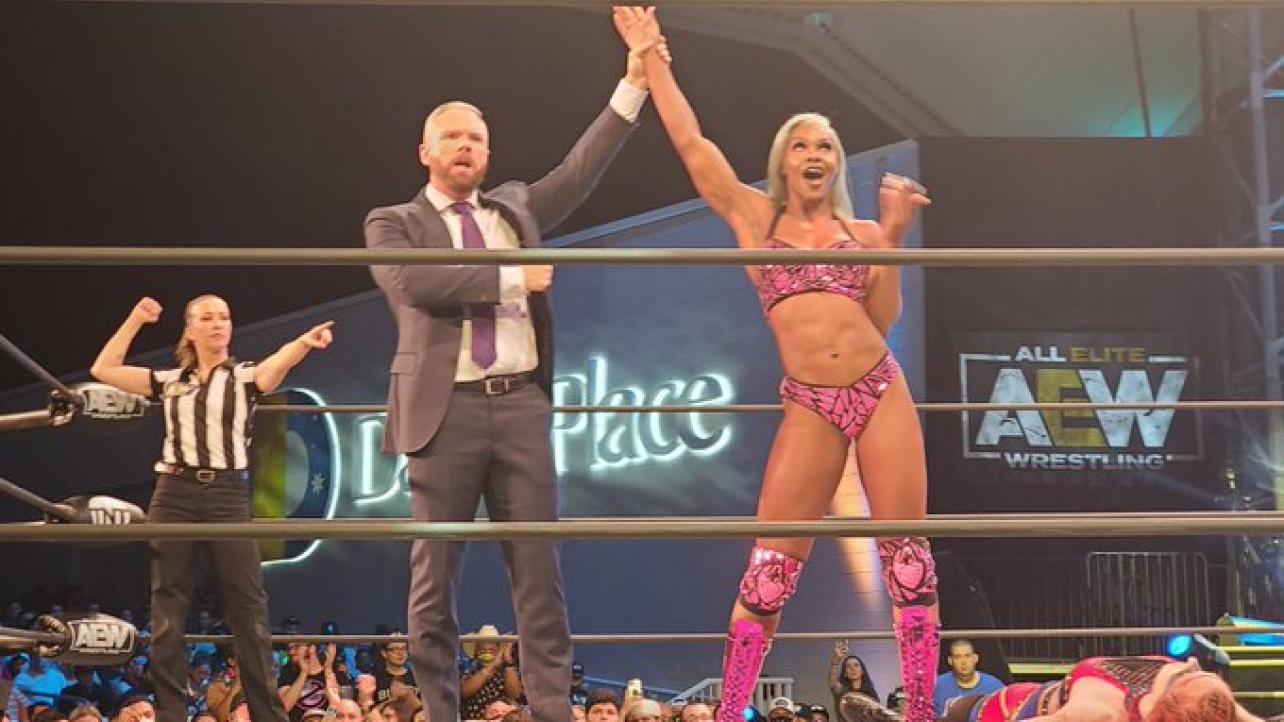 Jade Cargill finally has representation in All Elite Wrestling.

The newest addition to the women’s division in AEW, who claims to be “that b*tch,” revealed on this week’s special edition of Dynamite on TNT who she has selected as her manager.

After being sought out by virtually every manager in the promotion over the past several weeks, Cargill revealed Mark Sterling to be her official manager during the Double Or Nothing “go-home” episode of Dynamite which aired on the special night and time of Friday at 10p/9c this week.

She would turn down an additional offer from Matt Hardy in a segment that aired during the show, which saw Hardy confronted by the aforementioned Sterling, who threatened to get a restraining order put on “Big Money” Matt if he doesn’t quit bothering his newest client.

Jade Cargill would then go on to improve her unblemished record to a perfect 6-0 after picking up an easy victory over KiLynn King on the special edition of AEW Friday Night Dynamite on TNT.

Check out video highlights of the aforementioned Jade Cargill and Mark Sterling backstage segment with Matt Hardy, as well as her victory against KiLynn King on AEW Friday Night Dynamite this evening via the tweets embedded below.