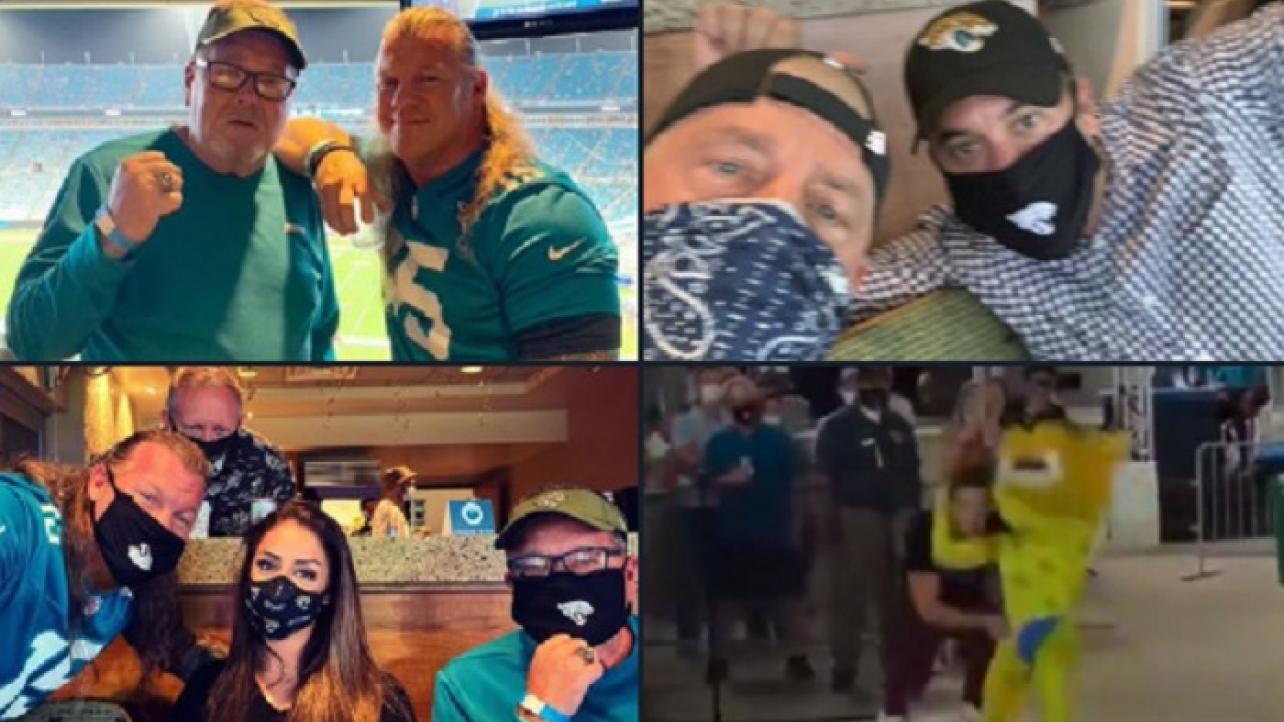 Several AEW stars were in attendance for last night’s NFL showdown between the Miami Dolphins and the Jacksonville Jaguars, who are owned by AEW President Tony Khan and his father Shahid Khan.

Despite the Dolphins picking up a dominant victory over the Jaguars team AEW looked like they had a blast, and took to social media to thank the team for hosting them.

This includes posts from Chris Jericho, Dr. Britt Baker, Dustin Rhodes, Jim Ross and even a clip of Inner Circle member Sammy Guevara getting RKO’d by the Jaguars mascot.

Featured below is the Sammy Guevara / Jaguars mascot video as well as the photos of AEW stars Chris Jericho, Jim Ross, Dustin Rhodes and Dr. Britt Baker at the NFL game.

It was honor to watch the @jaguars game tonight with @jimrossbbq, the greatest commentator who ever lived! #LifeRules #JimRoss

On behalf of all of your talent at @AEWrestling , I want to personally thank you @TonyKhan for your hospitality tonight at @TIAABankField to watch some @Jaguars Football !! #DUUUVAL @Call_In_Johnson @rmorfnyc pic.twitter.com/JSk0EXe1M9