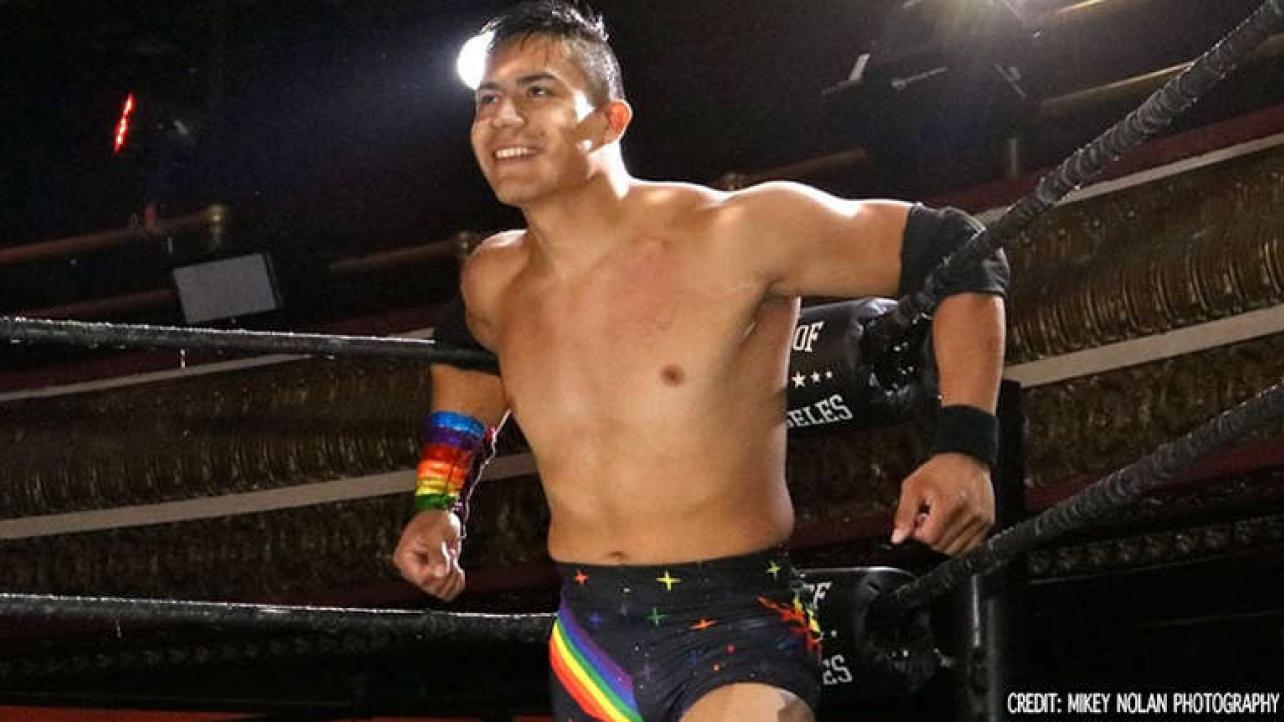 About one month prior to his WWE release, Jake Atlas had a meeting where he tried to get out of his deal with the company.

During a recent interview with Instinct Culture, the former WWE Superstar spoke about asking for his release about a month prior to being let go from WWE.

Featured below is an excerpt from the discussion where he tells the full story.

“About a month or two before that happened, I won’t get into the specifics about the actual conversations, but I’ll give a little insight on what was going on behind closed doors. I signed a three year deal with WWE, so around June/July I got offered a contract extension by Canyon Ceman, I turned it down. For my own reasons, we had a conversation and I said we could revisit it in 6 months. Little did I know that within that conversation, between that conversation and whenever I got released, as you are aware there are a lot of changes going on with that company and I started to get a little bit nervous. My entire run in WWE was the most, and I don’t know how to word this, it was probably the worst mentally I have ever been. My mental health was probably the worst it’s ever been, the last two years that I was with WWE. So when I turned down the contract extension, I counter offered with some terms of my own and I more than anything wanted a meeting with Triple H and our conversations were kind of at a standstill and as you know Canyon ended up getting let go himself. So then that put me in a really weird situation, I had asked Canyon for my release at some point in our conversations, it wasn’t a ‘I wanna leave,’ it was more so a conversation of ‘ I want to be here, and feel like I have so much value and I feel like I am not being heard.’ I had requested a meeting with Triple H for 6 months, and I never got it. I think that that was the thing that kinda had me worrying the most in that ‘I don’t know how they see me, or how they view me, or how they value me.’ There were a lot of things that I wanted to do and talk about and I was just given the runaround. So I said that ‘I wanted to ask for my release, I don’t want to, I want to stay but my mental health comes first and I am suffering.’ I was told that I would get the meeting with Triple H and a couple weeks passed, I took a trip to LA, in between when I had the final conversation about what was going on with me. I took a trip to LA to unwind, and I wanted to go back for the summer, then I came back and it was the week after that I got let go. I don’t have the answer as to if I was already on the chopping block which is why I was hesitant to even say that I asked for my release because then people would be like ‘you’re ungrateful.’ I understand the narratives that people will want to say by me saying that I wanted to quit. You have to understand that my mental health was really bad, not at that given moment. I am strong now but the entire time it was not good. So I felt like I needed to leave for myself like I needed to put myself first. So I just want people to understand and not think that I was ungrateful for having a job because they’ve been releasing left and right. I take my mental health and my sanity and being alive before I take having a job. To this day I don’t know if I was already on that list to have been cut or if they went through Canyon’s emails after he got let go, saw that I didn’t want to be there. I wish I knew that answer, but I don’t want to ask. I’ve moved on completely, I obviously asked for a reason and when it happened it’s like be careful for what you wish for, you got it, what’s next?”