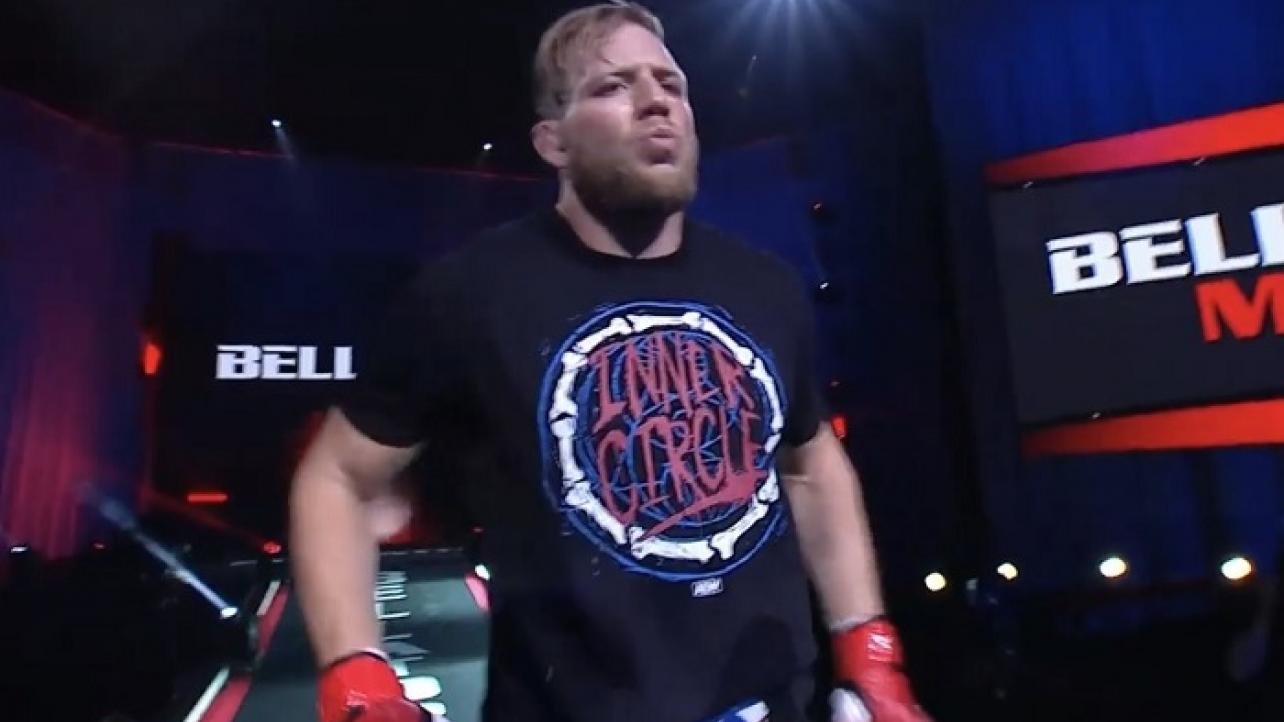 In recent interview with MMA journalist James Lynch for the MMA website I founded back in November of 2002 to piggyback off of Ken Shamrock’s MMA return against Tito Ortiz at UFC 40: Vendetta, MMANews.com, All Elite Wrestling (AEW) star and Bellator MMA Heavyweight prospect Jake Hager spoke about his upcoming MMA fighting return against unbeaten prospect Brandon Calton at Bellator 250, and why he gives his stamp of approval to reigning AEW World Heavyweight Champion Jon Moxley as a legitimate bad ass.

Hager spoke during the interview with Lynch (see video below) about “The Purveyor of Violence” being equipped to fit right into the MMA world with a seamless transition.

The Inner Circle member recalled his own “No Holds Barred” empty arena pro wrestling showdown with Moxley at a past AEW event and how he proved in that match that he has the stamina to last in the pros in any sport, including mixed martial arts.

“I know after wrestling him for that [AEW] championship, for 43 minutes in front of no audience, in the Florida heat, that man has what it takes to go five rounds. He’s trained just a little bit and I think he’s a natural for (MMA). He definitely has that I don’t care attitude, and I’m ready to fight.”

Watch the complete Jake Hager interview with James Lynch via the YouTube video embedded below. Check out more from the interview at MMANews.com.

(H/T and transcribed by MMANews.com)