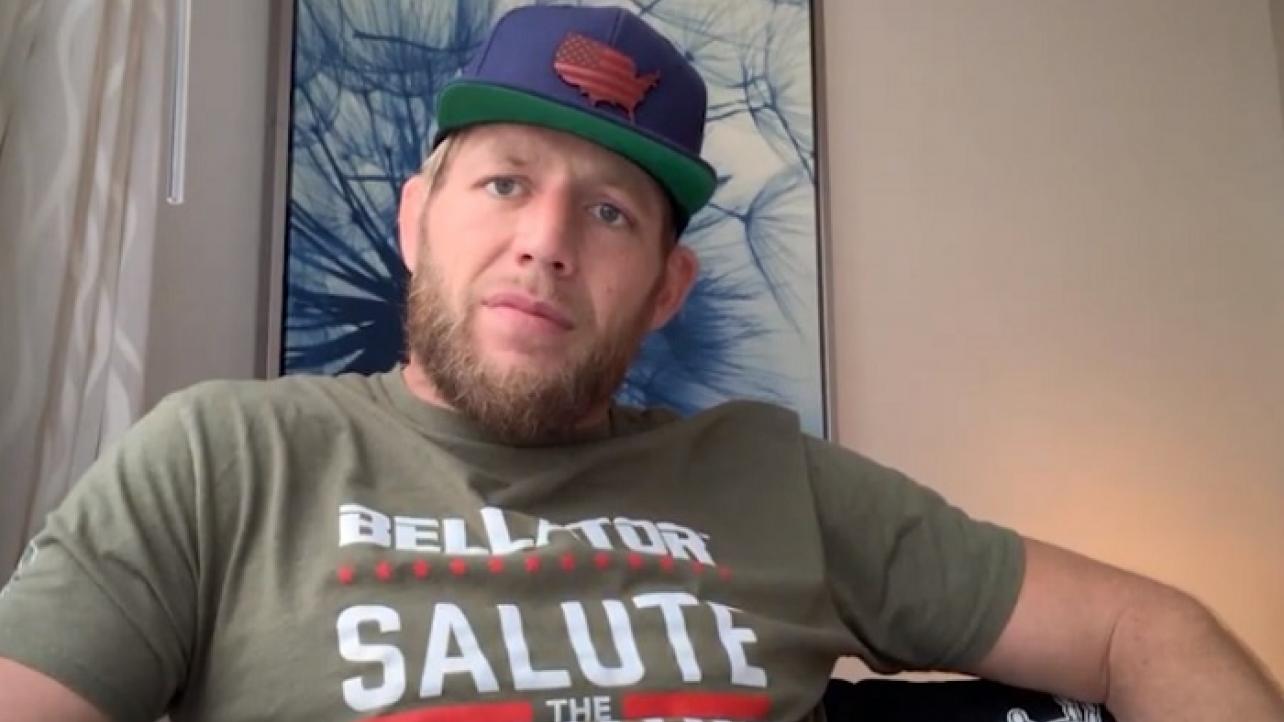 Apparently John Cena once flat-out refused to drop the WWE Championship to AEW star Jake Hager during his run as Jack Swagger in World Wrestling Entertainment (WWE) several years ago.

The AEW and Bellator star and member of Chris Jericho’s “Inner Circle” faction was a recent guest on Jericho’s “Talk Is Jericho” podcast to talk all things pro-wrestling, including how John Cena refused to lose to him in WWE, and when he found out about his Money In The Bank cash-in.

Featured below are some of the highlights from the new Talk Is Jericho interview with Jake Hager.

On how he was heavily supported by many backstage in WWE: “When I first debuted on television, I felt like I had a lot of the office behind me, Jim Ross [and] of course, Gerry Brisco were big supporters of me in why I got signed there, and then just slowly as that went on, there’s just certain battles I feel like that went on that as a 26-year-old young professional, I didn’t handle correctly. [There were] definitely times where I can look at and say, ‘hey, you need to stand up for yourself,’ and I didn’t do it. Those are things that you learn and you go throughout life, and you hope, ‘I don’t want to do that again.’ Honestly, I look back at my career very thankful. A lot of bulls–t we had to put up with to do it. I’m thankful for the career because it led me to all these opportunities I have, so I won’t look back and be bitter because that just takes up too much energy, but it just seems like there’s certain people that wanted to keep their thumbs on certain people and then certain people were always green-lighted to do whatever they wanted.”

On John Cena refusing to lose to him while he held the MITB briefcase: “I had a little inclination, but I had no idea what was going to happen. The night before, I teased it on RAW where I would almost hit Cena with the briefcase. I snuck up on him and then we had one of his brilliant promo segments. Later I come to find out he refused to do the job for me for the world championship, but we won’t talk about that. That was in Phoenix. I get a call that night saying, ‘hey come to Vegas.’ Catalina and I were already planning on coming there to kind of celebrate in Vegas and whatnot. We get to the building.”

On the story of when he found out about his cash-in and what Jericho said to him: “Of course, I get there 30 minutes earlier than I’m supposed to, so I’m waiting out in the hallway. And then I see Johnny (John Lauranitis) go in the office. Here you come [and] Edge comes, and I’m like, ‘okay, this is my turn. I’ll come in right behind you guys,’ and then the door shuts. It was about five minutes out there and who knows, you guys were probably just all in there laughing and joking like, ‘hey, this rookie’s out here sweating his ass off,’ and then I go in there. And honestly Chris, this is why I always look to you as someone I could trust, someone that actually cared is because when we sat in there, and it was laid out what was going to happen, you turn to me and very stoically, you told me, ‘you better not f–k this up.’ And you were dead serious, and you were very sincere with it. And it was one of those things, it always reminded me of my best wrestling coach. He would always yell at us. He’d always kick our ass. He was like, ‘guys, if I’m not yelling at you, I don’t care,’ and so immediately once you said that, I already looked at you very fondly. We were friends [and] had a good relationship, but from that moment on, I looked up to you. I knew that I could almost trust you. It was one of those moments of my career that I will always always remember.”

On how his world title reign was short but that he will forever be recognized as someone who held the top prize: “I first went with Big Show and then I went with Randy. I thought it was fine. I know looking back, I needed to do a lot more as champion. It’s one of those things where it was a learning curve. Everyone kind of sees that championship run as short, but to me, I look at it as one of those things it’s like, my name is on the list with some greatest of the greatest, so you’re not going to take that away from me.”

Check out the complete episode of Talk Is Jericho featuring Chris Jericho’s complete interview with AEW and Bellator MMA star Jake Hager below.