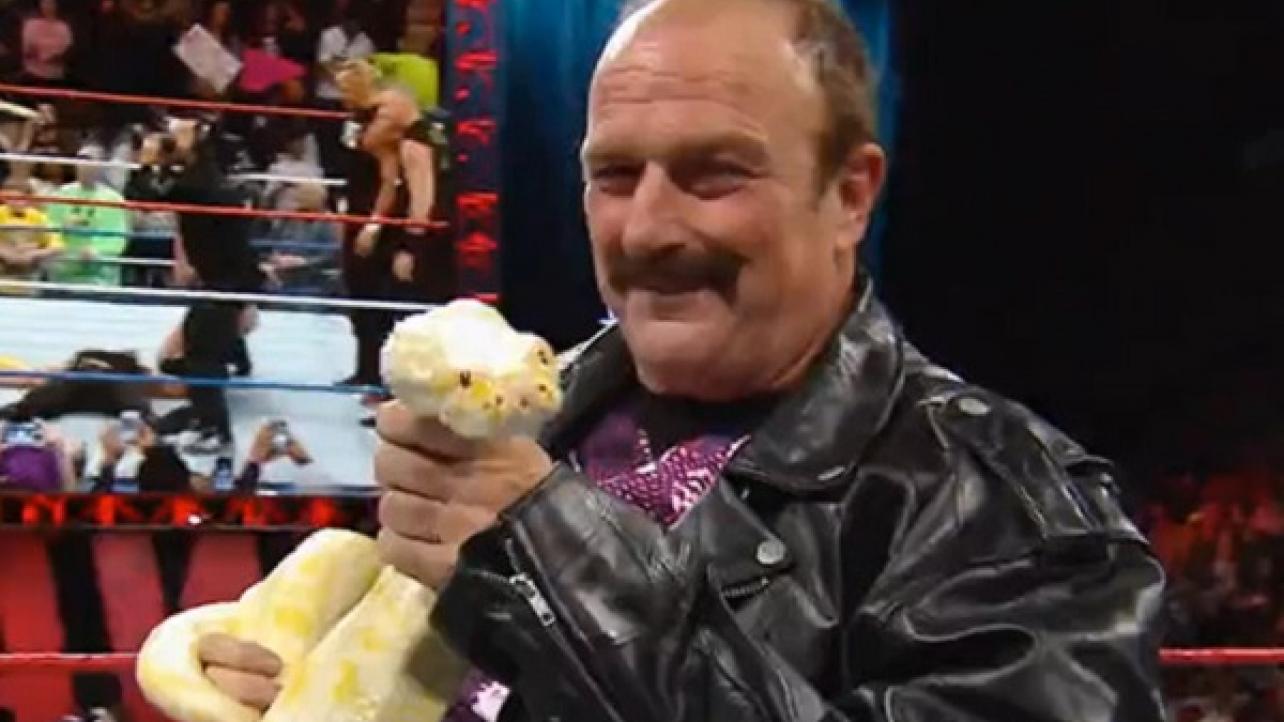 Jake Roberts On Reaching Out To Ric Flair About Alcohol Issues, McMahon/Patterson

WWE Hall Of Famer Jake “The Snake” Roberts recently spoke with the folks at The Wrestling Estate for an interview. Featured below are some of the highlights.

On if he worked closely with Pat Patterson and/or Vince McMahon during his stint as part of the creative team in the 1990s: “When I was there, we had like six people who we’d sit down and go over things. Bottom line is it all goes through Vince [McMahon], anyway. But you could talk to Vince. He would listen to a point. We got along well when I was booking with him, quite well. Pat was just a tremendous talent. The only problem I had with Pat was that he liked to go with comedy too much. I feel like if people wanted comedy, they’d watch a comedy show. This is wrestling, let’s see some wrestling. But to each his own. You can’t knock Vince too much because he’s still rolling.”

On whether or not there is too much comedy in the current product: “I think so. It’s my own feeling. But they’re doing a three-hour show and I’m sure it’s very taxing trying to keep it going. I guess there is a need for some comedy, but again, I just think they put too much out there. I don’t think they pay enough attention to heat for heels. Of course, there are no heels and babyfaces anymore. Everybody does the same stuff. I don’t like that either. There should be a clear line as to good guy and bad guy. I think that’s what the people really want. Maybe I’m wrong, hell, I’ve been wrong before.”

On reaching out to fellow WWE Hall Of Famer Ric Flair about quitting drinking: “I sent a message to him, and unfortunately, he didn’t want any help from me. I’ll just leave it at that.”

Check out the complete Jake Roberts interview at TheWrestlingEstate.com.

Jake Roberts On Reaching Out To Ric Flair About Alcohol Issues, McMahon/Patterson