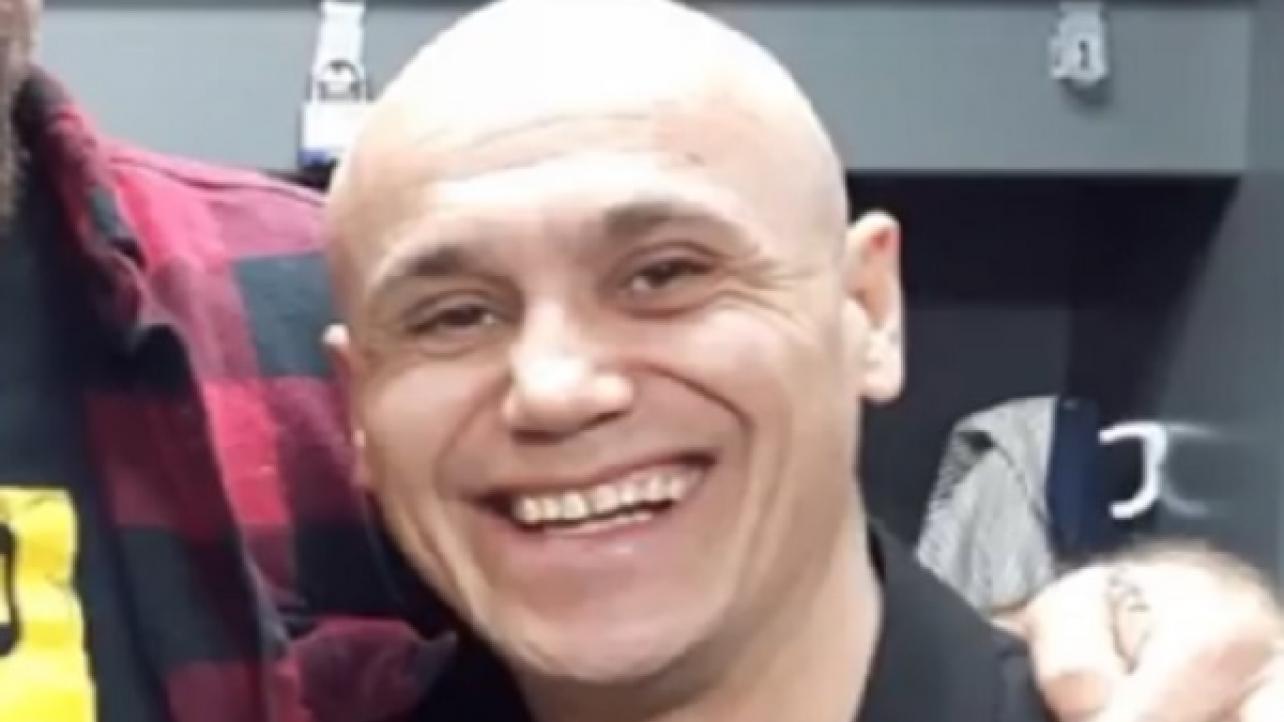 Longtime pro wrestling personality and former WWE on-air performer Jason Sensation recently spoke with the folks from Hannibal TV about his recent suicidal tweet when WWE came to Toronto for RAW, and everything that was going on around it. For those who missed it, Sensation’s tweet read, “I got my gun through security and will shoot myself in the head and kill myself during tonight’s RAW in Toronto. Don’t ya dare miss it! Thanks for the memories, WWE.” Featured below are some of the highlights from Sensation’s new interview with Hannibal TV.

“They [WWE] were in town and I was just in an emotional state. I was visiting my dad at my sister’s place. I had a few drinks with my sister. I passed out and I woke up, and oh great Raw is fixing to come on. My dad loves wrestling and he was getting ready to watch Raw from Toronto.”

On going into a depressive state once he didn’t receive any calls from people he’s still in contact with at WWE: “I say something stupid every now and then because I’m hurting and I’m just trying to get a reaction out of them. Do you even notice me? Why can’t you see me? It’s from a place of being hurt and never even getting a mention back. I can never get a mention back.

“Triple H will sign the wellness program letter to me. He’ll sign it personally and send it to me but I can never get a tweet back or a message back online. I feel like I’ve been so blacked out from them I can never get their attention.”

On waking up while ‘half-drunk’ and sending out the tweet and going back to sleep thinking nothing of it: “When my oldest sister came home she came running downstairs and said, ‘Jason, you don’t understand what you’ve done. I said it’s OK don’t worry about it. I’ll just deactivate my Twitter and I did without even realizing what I said. The next person to come down the stairs was a [police] officer. And I was like oh my God! This is real [laughs]. After they detained me, they were showing me that I was on TMZ. It came from a sad place but I wasn’t trying to get that attention this time. It was just me saying WTF ever and going back to sleep. I really did not put any thought into what I said in that tweet. When I reread it, I was like yeah that’s a f—ing awful tweet. I’ve been getting nothing but very negative feedback from a lot of people and I get it. I’m not even gonna try to fight anyone on it. I get it. It was wrong. People were saying ‘I was scared I was going to have to cover my children.’ Oh my gosh! I didn’t realize the magnitude of what I had even said. I sent out something from a hurt place without even thinking. I deal with mental illness. I do have suffering feelings and suffering pains. I do suffer from time to time. There’s times I wish I didn’t even have to be here to deal with my own pain. I don’t want to die. I don’t want to kill myself. When I had a heart attack I realized I didn’t want to die…When push came to shove I don’t really want to die. So, I regret sending that tweet out.”

Check out the complete Jason Sensation interview with Hannibal TV at YouTube.com.