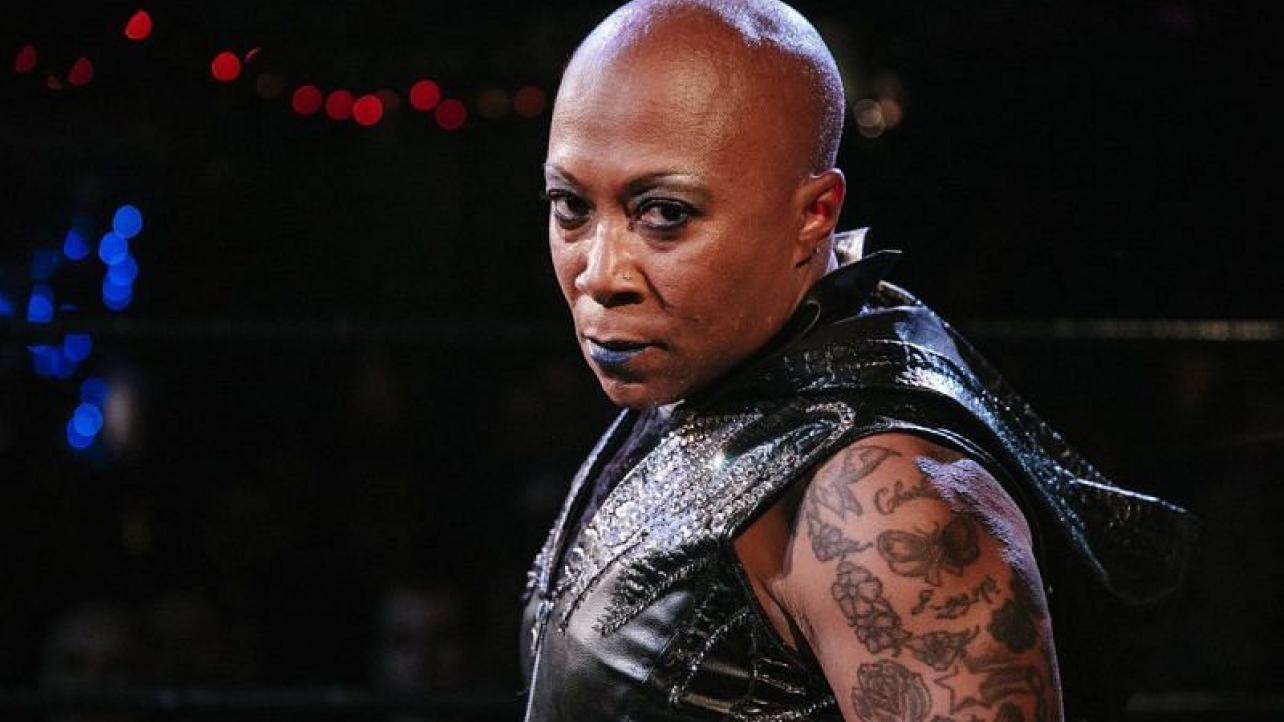 Jazz On Possible WWE HOF Induction: “I Don’t Know If That Will Ever Happen”

Former WWE Superstar Jazz was a huge part of the women’s division during the ’00s, winning the Women’s Championship two times.

In an interview with The Angle Podcast, Jazz discussed a potential induction into the WWE Hall of Fame. Jazz also shared a few thoughts on her retirement match against Deonna Purrazzo. Check out her comments.

On a possible WWE Hall of Fame induction, and who she would like to induct her:

“Me being a Hall of Famer for WWE, I don’t know. I mean I don’t know if that will ever happen. I just want to say this. If it’s ever going to happen, do it while I’m alive. Don’t wait until I’m dead and gone. I would like to be there and share that moment with my kids. Don’t bring my kids up on the stage with tears in their eyes wishing their mom was there to receive this. Give me my flowers while I live. Don’t let me die and be forgotten about and then oh yea here. If it were to happen, I would love to be inducted by Paul Heyman.”

Says her run in Impact lasted longer than she expected:

“There was no timetable [for her IMPACT run] and it went longer than what I thought. I wasn’t expecting a 4,5, or 6-month run. I was thinking maybe 3 appearances or something and bam they took me out real quick, but they hung in there with me. I’m so grateful for it. I knew myself that I was not the Jazz that everyone was used to seeing and I was a little stressed out thinking about how the fans would react. I’ve had a great career! And that’s just my in-ring performance that I’m retired from. Behind the scenes I’m still going strong!”

On her retirement match against Deonna Purrazzo:

“I was excited about it. I love Deonna’s work. She is one of the best out here right now. If there’s someone that I’m passing the torch onto it couldn’t have been a better person than Deonna. She’s so well deserving of that. She’s a great champion and has a great mind for the business. She loves the business. I love everything about her.”

Jazz On Possible WWE HOF Induction: “I Don’t Know If That Will Ever Happen”