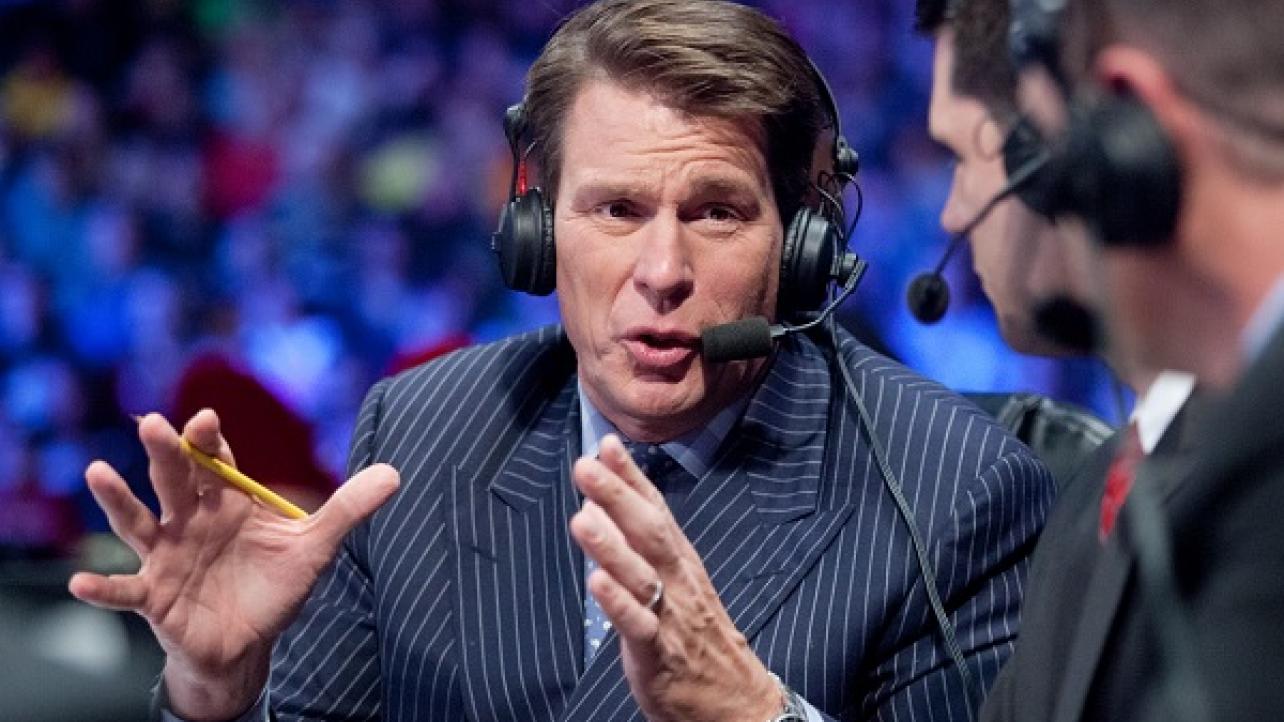 JBL Talks At Length About Hypocrisy Over WWE/Saudi Arabia Controversy

JBL recently appeared as a guest on Busted Open Radio and spoke about the controversy surrounding WWE holding their Crown Jewel pay-per-view in Saudi Arabia and the hypocrisy from a mainstream level about that. Featured below are some of the highlights from the interview.

On his belief that WWE should go into Saudi Arabia for Crown Jewel to promote change: “You look at something like Russia or you look at something like China where you actually allow free markets to go in. And you haven’t seen the change that we, in the western world, would probably like. You still have a bit of a dictatorship, some people would say more than a bit of a dictatorship, in Russia and in China. But you’re seeing change come there and Saudi Arabia. I think staying away from Saudi Arabia, there [are] macroeconomic reasons to not stay away from Saudi Arabia, huge macroeconomic reasons right now in the world. But to me, as far as if you want to do something to promote change, you allow business and free markets to go in there.”

On the hypocrisy in the World Cup being held in Russia and the Olympics emanating from China: “I think it’s horribly unfair [for WWE to receive the criticism they are]. I mean, you look at what’s going on in the world right now. Russia has this Novichok poison. They’re the only ones to have ever manufactured it. They obviously killed this guy in the UK. They’ve poisoned another. Several guys have been poisoned. It’s obviously Russia. You still have the World Cup there and people are not boycotting the World Cup. Look at what’s going on in China. And, by the way, 65 reports last year were killed globally, around the globe right now. Not to diminish what happened, [but] this is a direct violation of the Magnitsky Act. It says that the USA is going to have to put some type of sanctions upon Saudi Arabia, which they should. They should deal with this issue, but you think about what’s going on with the Uyghurs in the Xingjiang province in China, what’s going on with the Tibetans in China, the human rights violations, yet you go to the Olympics there and people say, ‘oh, this is so great!’ Everybody’s going to China. There [are] human rights violations everywhere and I’m not diminishing that. I’m not diminishing the fact that you should deal with it. Look at the United States! We have incarceration [rates]… this isn’t whataboutism, but this is a one-for-one correlation. We have a mass incarceration among minorities that is disproportionate to our population. It’s a travesty what’s going on with our mass incarceration specifically of minorities. Yet, we still do business in the United States. You can’t change certain things just by not going there. WWE, from what I understand, has a contract with Saudi Arabia. WWE, to me, if you want to promote change, you let these guys go. No one else is treated like this. You didn’t do this with the World Cup. You didn’t do it with the Olympics. But all-of-a-sudden, you’re going after WWE. I think it’s easy fodder. It’s hard going after the World Cup. It’s hard going after the Olympics.”

On his belief that WWE has the ability to bridge the social divides and is part of the reason they should go on with their Crown Jewel PPV in Saudi Arabia as scheduled: “You want to get something changed, you send sport. Look what happened when Pee Wee Reese puts his arm around Jackie Robinson. That did more for racial relations in the United States through sport. That’s one of the reasons I would take WWE away from Saudi Arabia. And people say, ‘ah, they’re just trying to make money.’ They’re a business. They should try to make money. But, to me, the greater good is you go over there and you show people that it’s okay to be from different backgrounds. It’s okay to be a woman and compete. They’re not competing in Saudi Arabia yet. I think they will and I think it’s a right step forward. And I think that’s why it’s so important that sport… sport changes the world, man. Once you line up beside somebody in sport, you don’t care what color they are, what ethnicity they are, what orientation they are. It doesn’t matter.”

JBL Talks At Length About Hypocrisy Over WWE/Saudi Arabia Controversy