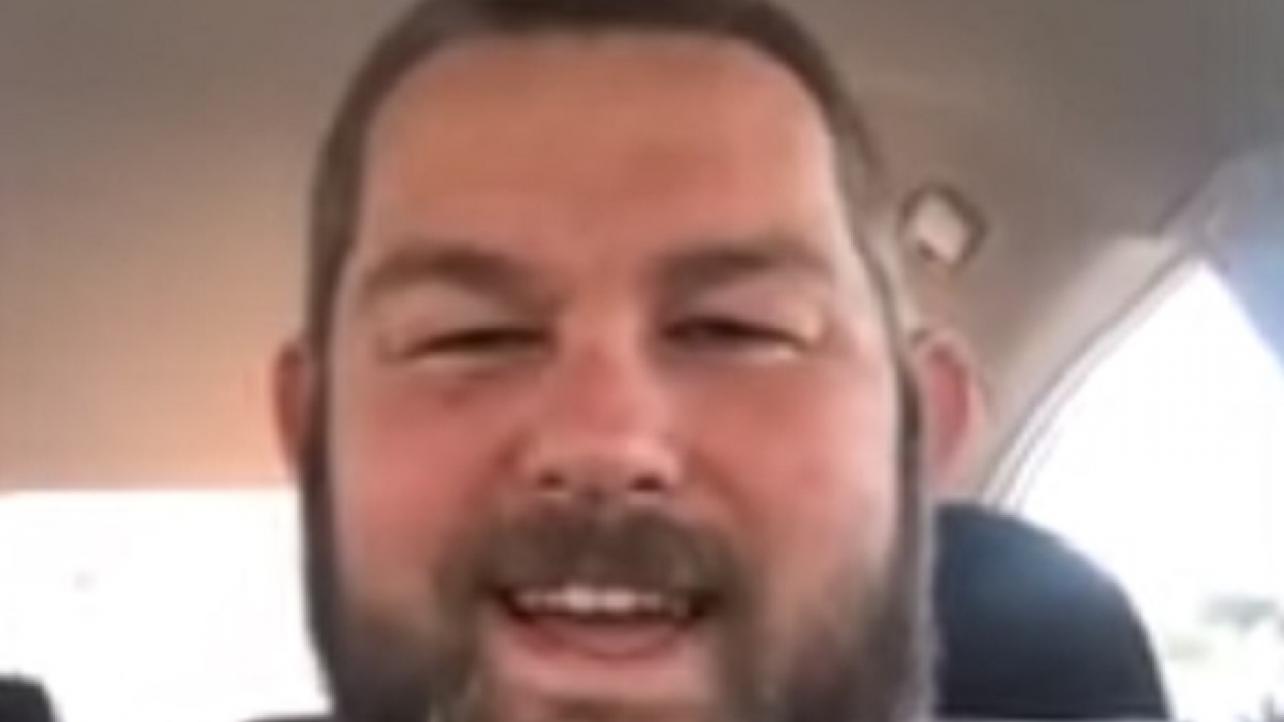 JD Drake Reveals How He Found Out About TNT Title Shot On AEW Dynamite, Talks Filming The “Road To” Special (Video)

As noted, JD Drake recently appeared as a guest on the Wrestling Inc. Daily podcast for an in-depth interview with Nick Hausman that covered all things pro wrestling.

In addition to the highlights we posted from the appearance here at eWrestling.com where he spoke about making his AEW Dark debut, the All Elite Wrestling performer also spoke about what led to his TNT Championship shot against Darby Allin on AEW Dynamite, shooting the ‘Road To’ special for the match, the “Coffin Drop” spot used by Allin and more.

Featured below are some more highlights from the new JD Drake interview where the AEW star touches on these topics.

On what led to his TNT Championship shot against Darby Allin on AEW Dynamite: “So Tony comes up to me and says, ‘Hey man, your work has been really solid since you’ve been here. You’re wrestling Darby Allin next week for the TNT Championship. Get ready,’ and I kind of looked at him, and I said, ‘I stay ready.’ Okay, this works. So I come home. I racked my brain as to what the hell just happened, and I start preparing.”

On filming the ‘Road To’ special for the match: “And then we shoot the ‘Road To’ video package, and I lay everything out on the line. Everything in that package, that’s genuine from the heart, 110-percent. If you want to know what JD Drake is, go to YouTube, look up Road to Dynamite between me and Darby Allin. You’ll get to see me pull the curtain completely back, and you’ll get to see the inside of what makes me tick, I get there on that Wednesday, and the environment is just insane. Everybody’s coming up to me, talking, asking me if I’m ready and all that good stuff, and I’m trying my best to treat it like another day, but the intensity is so big just inside my chest, inside my head. People can’t help but tell that I’m a different human that day, and I had every intention of going out there and not just stealing a professional wrestling event, none of that. I went out there to win a championship to prove to people who’ve always told me ‘You’re too this. You’re too white. You’re too fat. You’re too redneck. You got too much gray hair. You’re too old. You’re too broken down.’ I went out there to prove everybody wrong. That’s what I’ve done my entire career, and damn it I did.”

On the ‘Coffin Drop’ spot used by Allin: “Darby is an extremely tough competitor for anybody of any kind of size. If you’re a bigger dude, Darby is at home. If you don’t believe me, go back and look at some of his other work. I’ve seen him beat guys my size, even bigger, and that’s normally where he’s most effective. How? I have no clue. I don’t know, and his Coffin Drop from the top felt like a f*cking 600-pound elephant fell on me. That sucked. My back cracked from the top of my butt crack all the way to the base of my neck. It was terrible, but Darby, he’s a hell of a competitor. It don’t matter what situation you put him in. He’s there for a reason.”

Check out the complete JD Drake interview from the Wrestling Inc. Daily podcast via the video embedded below courtesy of the official YouTube channel of the program, or by visiting WrestlingInc.com.

JD Drake Reveals How He Found Out About TNT Title Shot On AEW Dynamite, Talks Filming The “Road To” Special (Video)