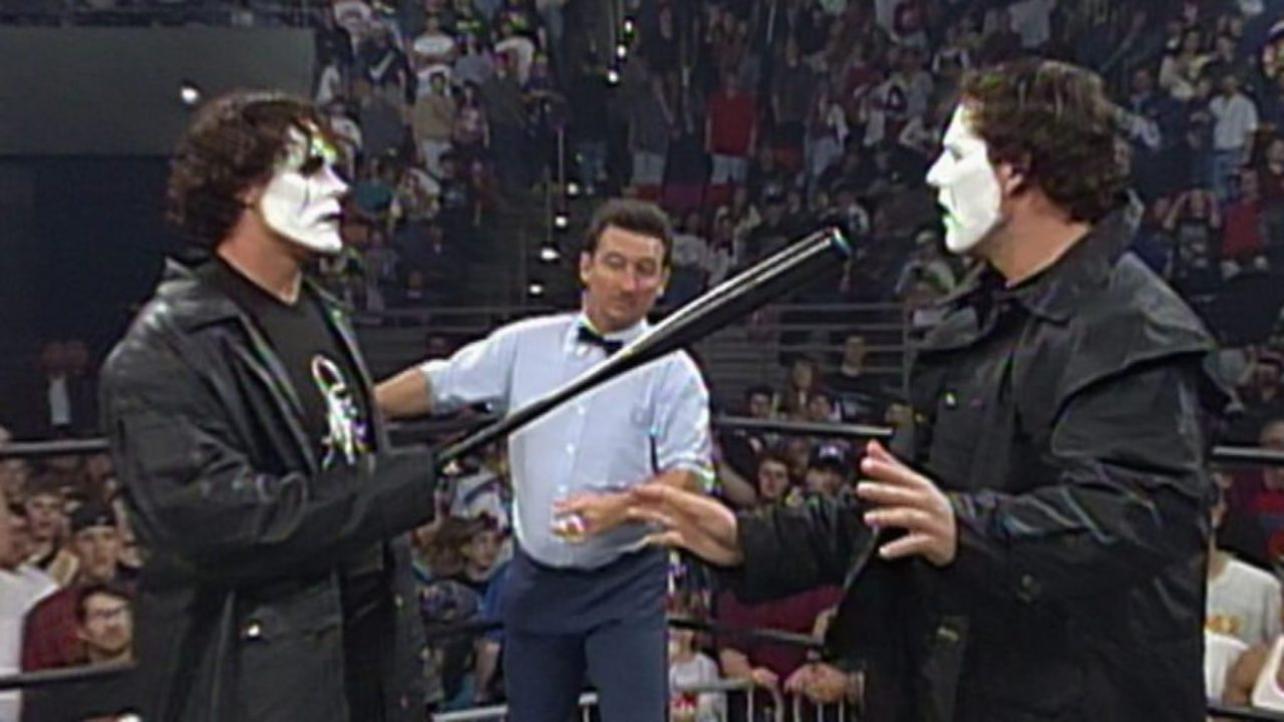 Earlier in the week, Pro Wrestling Defined sat down for an interview with Jeff Farmer. Farmer, who is a formerly a member of the WCW and New Japan Pro Wrestling rosters, played the role of impostor Sting in WCW. Jeff would later transform into NWO Sting, during his run through Japan.

During the conversation, Farmer was asked about his relationship with Eric Bischoff. Jeff also revealed a funny story involving Ole Anderson. Check out his comments.

On his relationship with former WCW executive Eric Bischoff:

“Early on we had a contract dispute, as I mentioned, with Eric and then they asked me to do the NWO Sting. To do that part, Eric and I kind of met and shook hands and it was kind of like, ‘Okay, this is a better arrangement than we had before.’ I admire Eric. I saw him not that long ago and we sat down and chatted. To his credit, he did an amazing job at the time in WCW and the stuff he was doing with the NWO, and running the company and a very knowledgeable guy. He did a great job running WCW and were in the war at that time with WWE and he did outstanding. Hats off to him for being able to pull everything off that he did”

How he once sold Ole Anderson his pickup truck:

“Ole Anderson, I sold him my truck when I got there. It’s a funny story. I had a Ford F-150 and I had moved into an apartment complex that didn’t allow trucks. So I had to sell it and I sold it to Ole. I really liked Ole Anderson. He was a character but he was old school and he was one of those guys that was just tremendous and had all the knowledge of what he had done with the Minnesota Wrecking Crew…. I liked Ole”