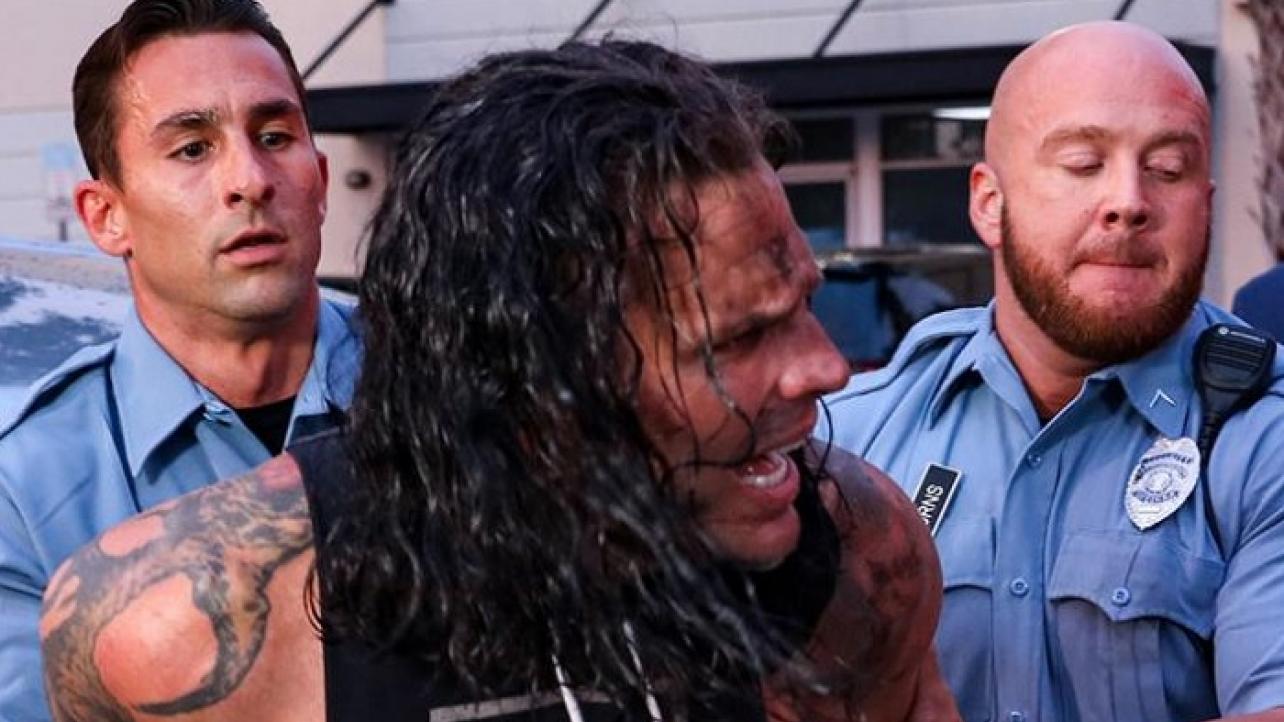 ‘WWE Digital’ has provided an update on the “Jeff Hardy hit-and-run arrest” angle stemming from this week’s episode of Friday Night SmackDown.

WWE.com released the following article, which was subsequently plastered all over WWE’s various social media outlets, after this week’s Friday Night SmackDown show went off the air.

Breaking news on the status of Jeff Hardy

WWE Digital has learned Jeff Hardy was released from custody by the Orlando police after successfully passing the required sobriety tests, therefore absolving Hardy of the charges of public intoxication, driving under the influence, and the hit-and-run on Elias earlier tonight.

Elias was found injured in the parking lot with an abandoned car nearby before Friday Night SmackDown began. Hardy was taken into custody after being found in a dazed state not far from the scene, but he reemerged as Sheamus battled Daniel Bryan in the night’s final match.

Stay tuned to WWE social and digital channels for the latest updates on the developing situation.

BREAKING: WWE Digital has learned @JEFFHARDYBRAND was released from custody by the Orlando police. https://t.co/mpux0JgA4G