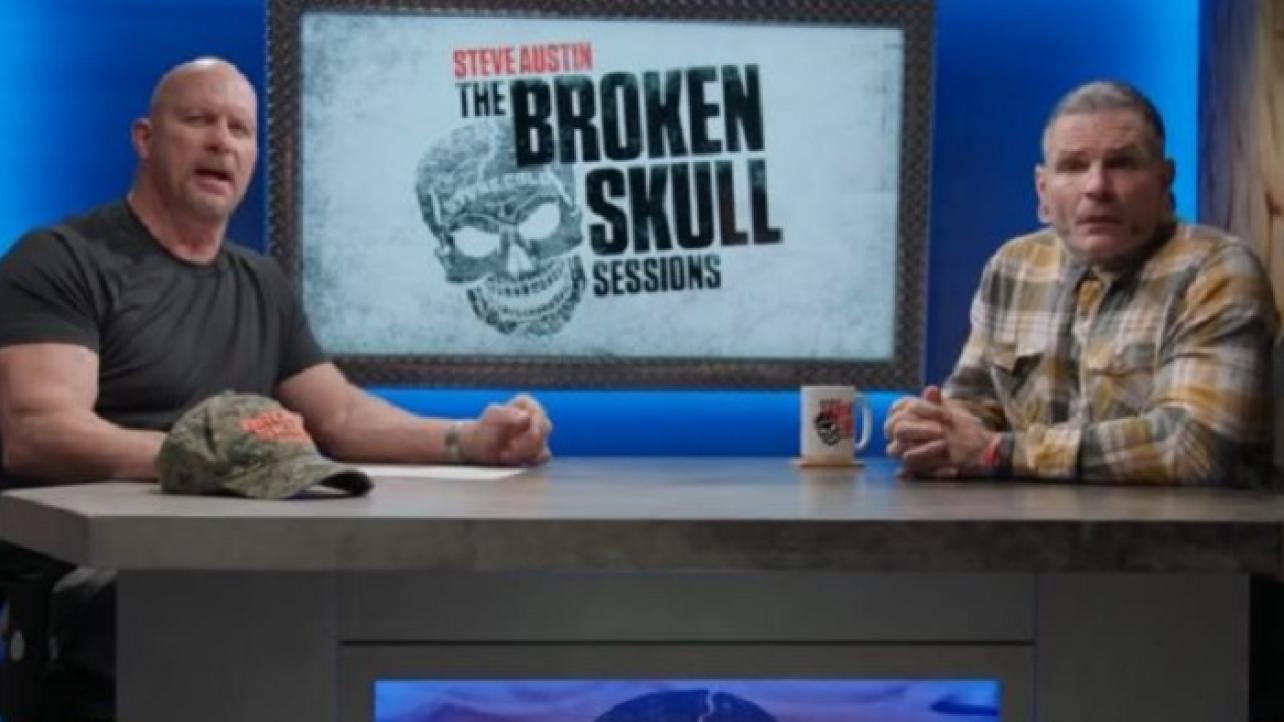 In the new video, which is available via WWE’s official YouTube channel (see below), “The Charismatic Enigma” was asked about a dream match opponent, which type of match he’s never competed in but would love to and some wrestlers he never got to work with but wished he did.

Featured below are some of the highlights from the promotional video.

On who his dream match opponent is: “I’ve talked about this a lot lately – Roman Reigns. The Bloodline, you know, they aggravate me and he always talks about being The Head of The Table. I want to break the head of the table.”

On who he would love to have wrestled but never got the chance to: “Andre the Giant and The Ultimate Warrior.”

On which type of match he’s never competed in that he would like to: “I’d have to say an hour Iron Man match, to test myself.”

Watch “The Broken Skull Sessions” extra video featuring Jeff Hardy talking with show-host “Stone Cold” Steve Austin via the video embedded below. The complete interview is now available for On Demand viewing on the WWE Network and Peacock.