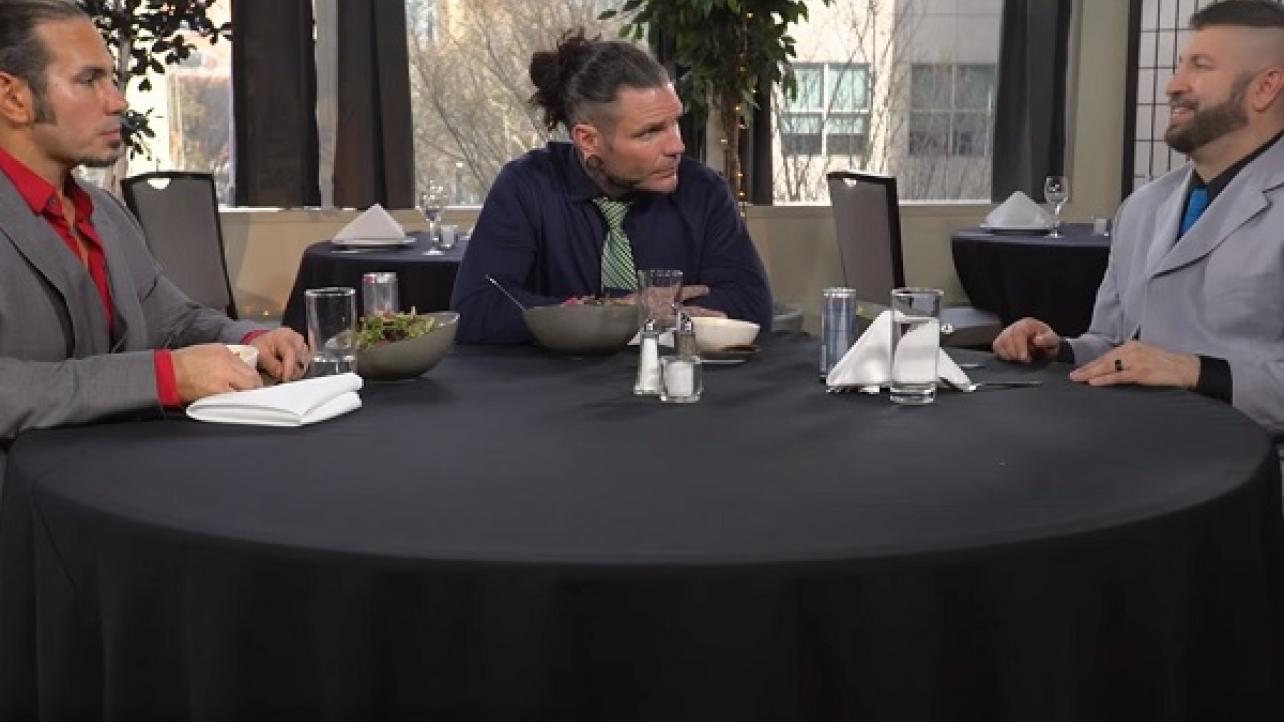 – The official WWE Community Twitter feed posted the following about U.K. fan Rhianna traveling to the U.S. to meet Stephanie McMahon as part of her “Wish” for the “Make-A-Wish Foundation.”

For her wish, Rhianna traveled all the way from the UK to meet her hero @StephMcMahon. Hear her inspiring story today on @SportsCenter and https://t.co/ykZLkW1gPW. #MyWish pic.twitter.com/V7qFhEoN53

– Following Monday night’s episode of WWE RAW, the latest installment of the original series, Table For 3 premiered on the WWE Network.

The episode is newsworthy in that it features Jeff Hardy as part of the panel, which also includes Matt Hardy and Shane Helms. As noted, Jeff was arrested for public intoxication over the weekend.

The official description for the episode, which is now available for On Demand viewing on the WWE digital subscription service, reads: “The Hardy Boyz and Shane Helms talk about their eye-opening Ladder Matches in WWE and WCW, respectively, on a new episode of Table for 3: Courtesy of WWE Network.”

Check out a preview clip for the show below.