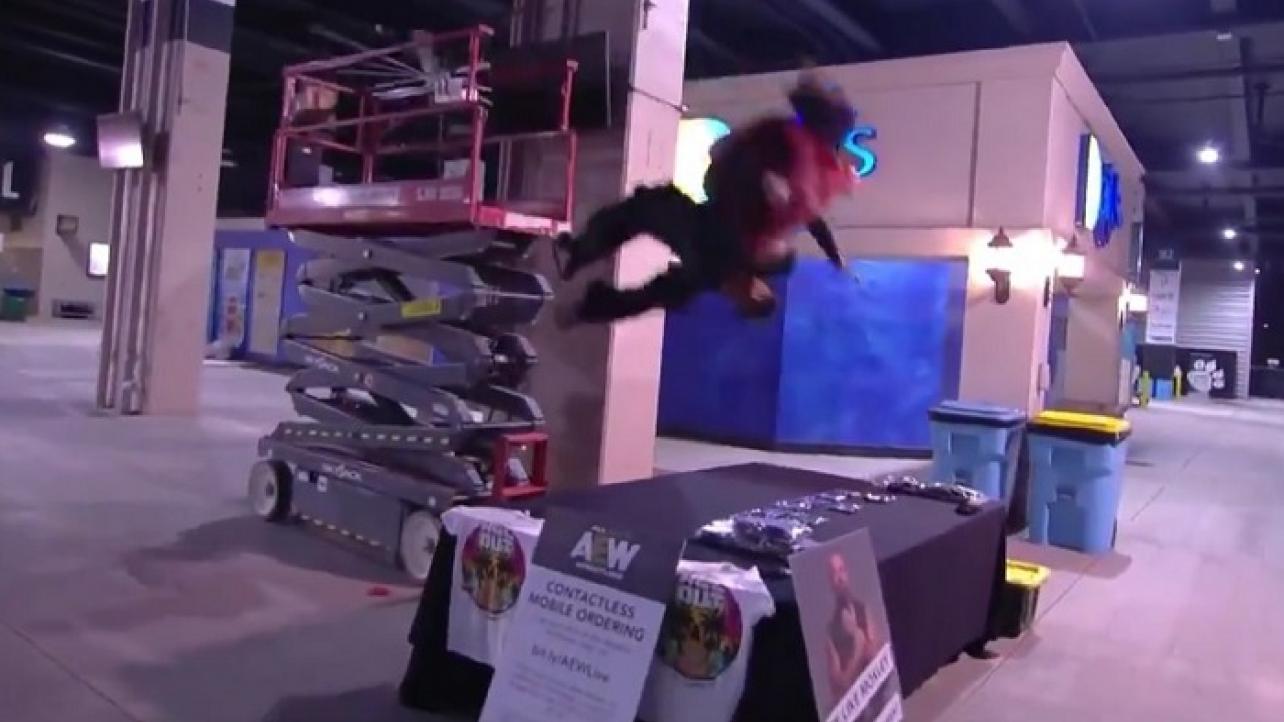 WWE superstar Jeff Hardy recently spoke with Metro UK to give his input on his brother Matt’s dangerous fall at the ALL OUT pay per view last year. Hear what the former world champion had to say below.

Says the spot with Matt looked scary and that he’s glad he’s okay:

Terrifying! When he tried to get up and then he fell down – when you hit your head hard, that’s scary stuff. That was scary, man, with Matt – flesh on concrete, it was scary when he couldn’t walk. Gosh, man – thank God he’s okay, but that’s part of the game.

Recalls an injury he got in the Symphony of Destruction matchup with Elias:

Even in that Symphony of Destruction match with Elias, people thought my head was messed up from the stairs but it was easy, my head is fine,” he said. “When I did the Whisper in the Wind and he hit me in the butt with the guitar, my back is still messed up from that. ‘But that’s part of the job, you know – you’re gonna get hurt.