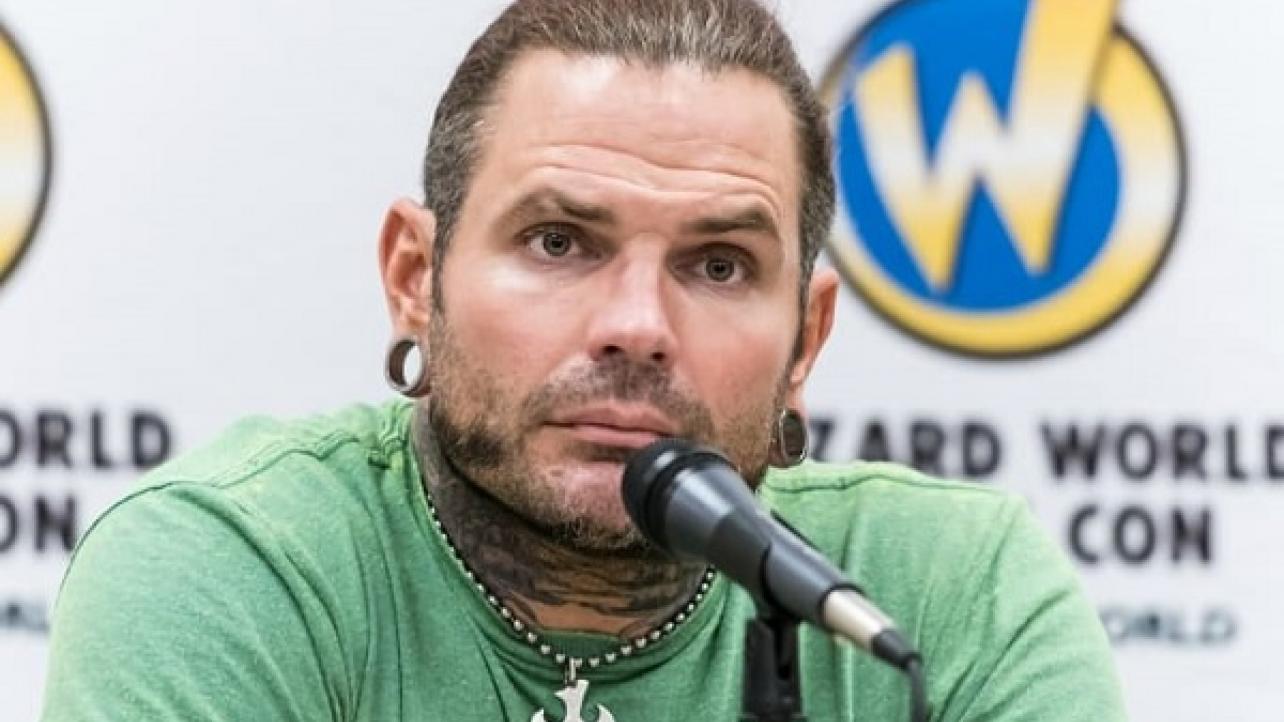 Jeff Hardy spoke with the folks from the In This Corner podcast for an interview prior to his match against Randy Orton at this past Sunday’s WWE Hell In A Cell 2018 pay-per-view. Featured below are some of the highlights from the interview.

On Sting being a huge influence on his career, specifically for the face-paint that inspired him to start painting his face for matches: “I was a combination of Sting and the Ultimate Warrior. Sting at the time was in NWA, or when it became WCW, and the Warrior was in WWE. The Warrior was crazy but Sting’s would be different every night when he was the blonde haired Sting, and that’s what I loved about him I was like ‘How does he come up with these ideas?’ And I saw him one night in Fayetteville, North Carolina and the music came on and I reached out and touched him on the shoulder and I’ll never forget feeling… like I want to make somebody feel like he made me feel. Here I am, hopefully, having the same influence on young, up-and-coming, wannabe wrestlers.”

On how his current incarnation of the Jeff Hardy character has adapted since returning to WWE and what his face paint does to enhance that: “It’s a lot of work. I think it’s a modified Brother Nero, because you know naturally when Matt became ‘Woken’ it was a little different than Broken. So I think this is my version of the new Brother Nero and it’s gonna only evolve more. That’s why I broke out the white contacts, I figured why not?

On painting his eyelids: “I did it in a YouTube video years ago. thought to myself, ‘I should do this when I come out to the ring.’ I had this vision and then I started doing it in TNA years ago and I was working my butt off every night. Doing an Instagram picture would be different every night. So to be here in WWE doing it now it’s very surreal to me, and that people are actually digging it, it’s only going to get better.”

Check out the complete Jeff Hardy interview with the In This Corner podcast below.