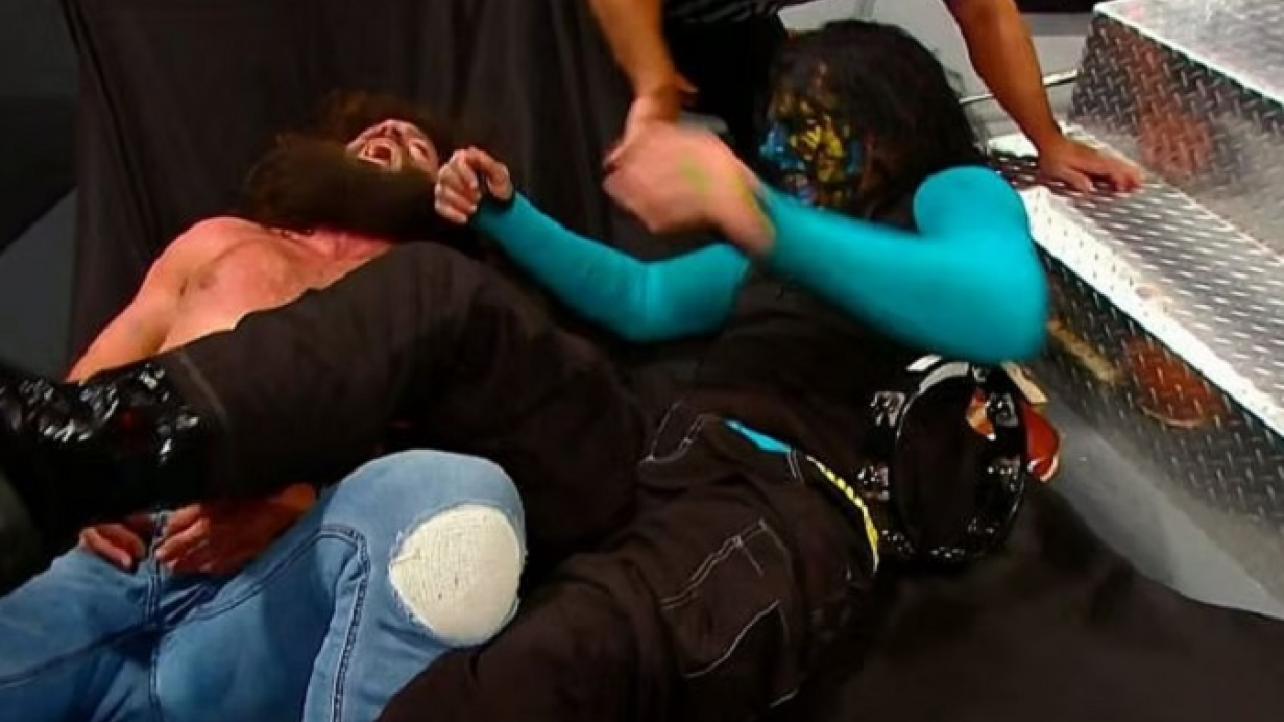 The Charismatic Enigma appears to be okay following a scary spot during the Symphony of Destruction match on WWE Monday Night Raw this week.

Last night on Monday Night Raw, Jeff Hardy performed a Swanton on Elias outside of the ring onto a table but ended up taking a nasty looking bump when his head hit the ring steps.

There was immediate concern for Jeff’s well being with possible neck, spinal or head injuries that he may have suffered.

Multiple sources though are reporting that Hardy is actually fine after being checked out backstage by WWE’s medical team.

Given the threat of a concussion though, he will continue to be monitored for the next few days to rule out any lagging ill effects.

You can see a clip of the spot below: