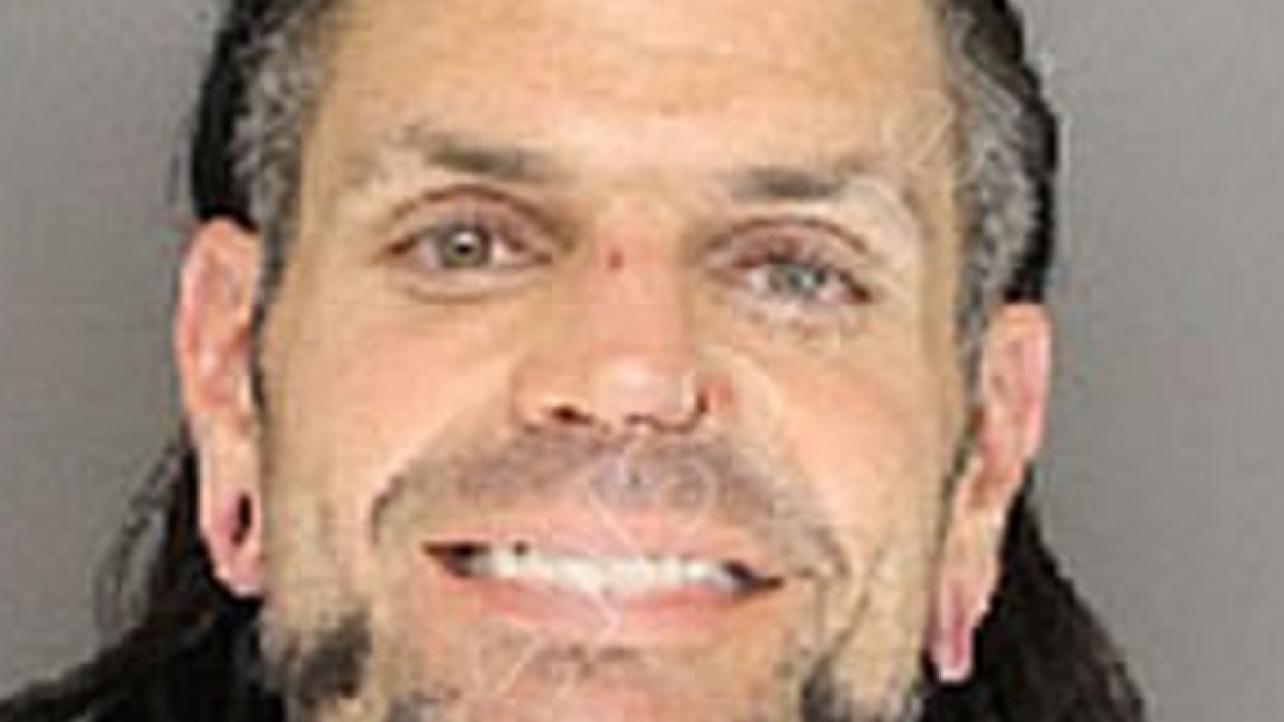 As reported last week, injured WWE star Jeff Hardy was in the news for all the wrong reasons again, this time being arrested and charged for DWI. A court date of 11/7 has been set but his license has been suspended for 30 days, pending the results of that court appearance.

Meanwhile, TMZ is reporting on more details of Jeff’s arrest. According to their report, the police received a tip about an erratic driver around 8:40 on 10/3 and ended up finding the car parked in front of the liquor store with Hardy inside the store. When he came out, Jeff was carrying a case of beer and then got into his vehicle and drove away with cops following closely behind. He was observed weaving in and out of his line at which time he was pulled over.

During the stop, officers observed that Hardy had “dried blood” in and around his nose and asked him what that was from to which Jeff responded it was from an earlier “fight” with his wife. Hardy admitted to taking two shots of vodka but “bombed” the field sobriety test and admitted that he was impaired, however, was uncooperative when asked for a breathalyzer or blood sample. Eventually, the officers got a warrant from a judge to extract a blood sample and EMS was dispatched to complete that procedure.

No further details were made public, but police will not pursue any domestic violence charges against his wife unless Hardy chooses to press charges.