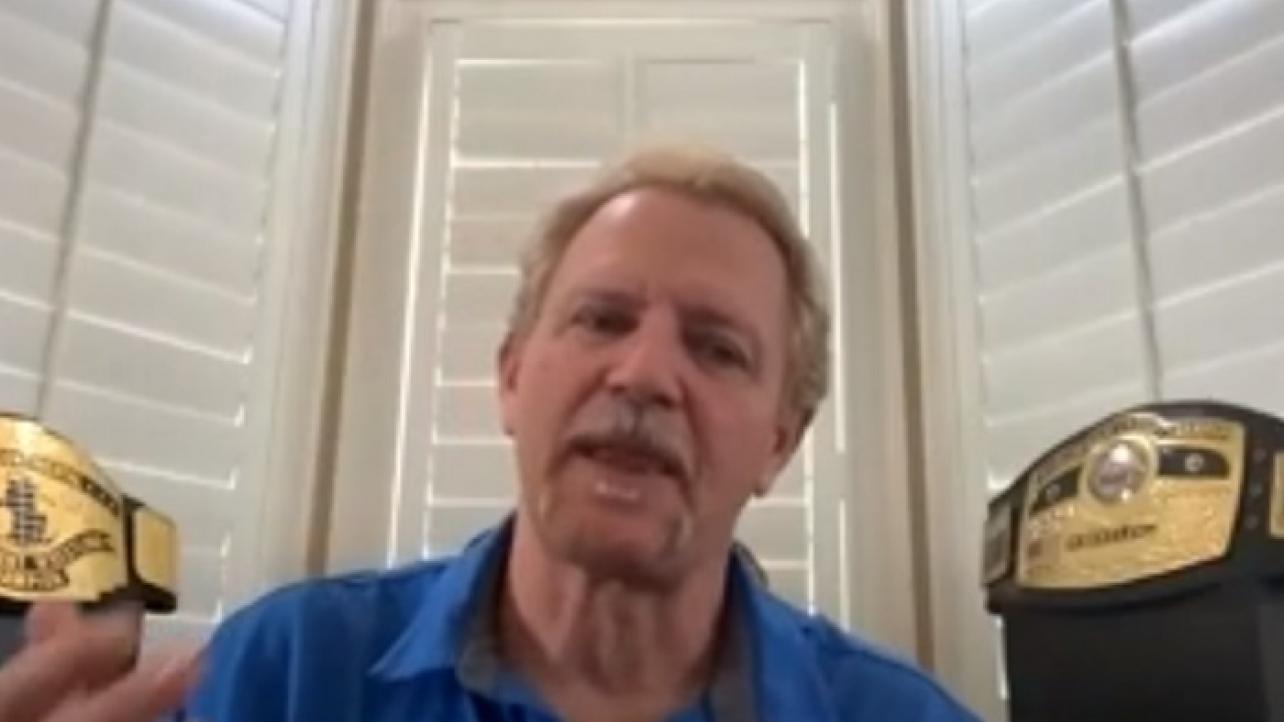 How does one go about coaching commentators in the pro wrestling business?

Jeff Jarrett revealed his process for coaching commentators during his days with IMPACT Wrestling on a recent installment of his “My World” podcast.

“If somebody is going to sit in that booth in TNA, I don’t mandate much. But if someone was going to sit in, I always wasn’t a big fan of it. But if you were going to, I always made sure Mike Tenay and Don West had the talent, they pulled them aside and went through their points. How are you going to bounce this hot potato around, you got a four or five minute match and as a part of that four to move minute match, you have to go around the horn a few times. What are you hitting?

“I want the talent to feel comfortable, not so much Mike and Don. I want the talent to say this is when I’m going to join the dance and this is when I’m going to lay out because nothing worse than announcers talking over the top of each other. It just doesn’t work. JR and The King, they knew when one was zigging, the other was zagging. If they did, it felt organic. There’s an art to doing it well.”

Check out the complete show at Apple.com. H/T to Wrestling Inc for transcribing the above quotes.