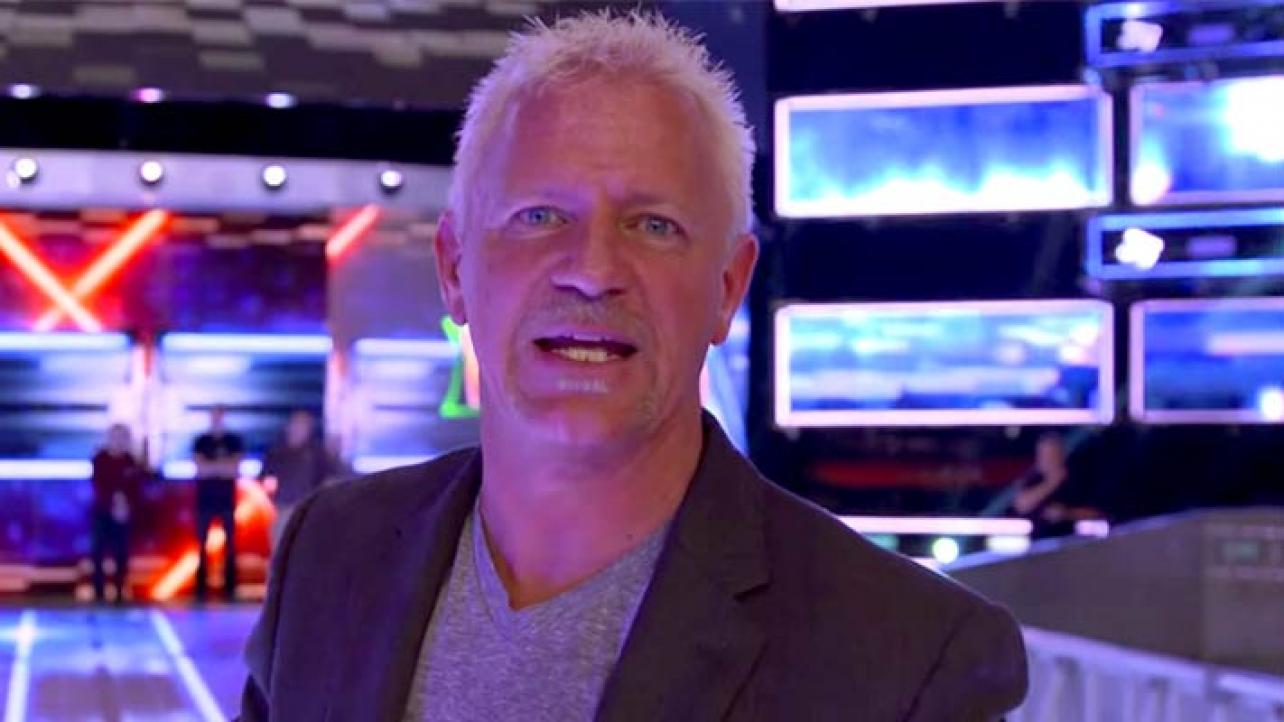 During the most recent edition of My World with Jeff Jarrett, WWE Hall of Famer Jeff Jarrett spoke about the promo he cut after Owen Hart’s fall at Over the Edge 1999. Jarrett also shared a few thoughts on the way he felt when he learned of Owen’s passing. You can read his comments below.

On having to do a promo, and also wrestle a match after the fall:

“Prior to today, I’ve never really said some of these things publicly. But this is a part of my story that I didn’t process for so long. I only sort of took different bits and pieces…..me and Owen would find different places to dress, not away from folks, but not with 40 people in a locker room. Owen came to me earlier that day and said, ‘Hey, I’m up this hall, I’m dressing back in those stalls. People will never know we’re back there.’ Again, trying to get off the beaten path. As far as the promo, Matt Miller knew where we were dressing. He came and said, ‘Owen, they need you now’ because he had to go up top in the rafters. I knew I was on after Owen. So, I went down to Gorilla and came back, and Owen was taking off with his outfit and all that. I went into the dressing room, and I already had boots and tights on but no shirt and glasses. I can remember Matt running up the hall and saying, ‘Jeff, you’re up.’ I go ‘what’ thinking he’s ribbing me. He goes, ‘No, you’re up.’ I go, ‘Owen’s match? What are you talking about? He goes, ‘No, Owen fell.’ Then I heard several screams, ‘Jeff!’ I’m taking off and go, and people from production are saying we’re gonna do a promo. I’m thinking, do a promo? The heaviness of the room – I’m like he didn’t fall and blow out a knee. I didn’t have that conscious thought, but this is a lot more than Owen “fell.” I just couldn’t fathom it. When they pulled me on over that, the interviewer and where it was at 30 feet from Gorilla. As they’re going, Francois [WWE trainer] and there’s a mass of people and a gurney. Francois is up on top giving chest compressions. He’s doing that and just the mass of people – to this day, I didn’t watch the event back or the promo or none of that. But I vividly remember the feeling of ‘whoa’ and three, two, one, and the promo rolls. I finish it and off we go, and they grab me and say go right to the ring. Walking down to that ring – these are thoughts I stuffed for years. Getting up in that ring and walking around like I do before matches and going to the place where Owen had fell and feeling the ring…..in treatment I was taught PTSD, I always thought that was for folks that went to war and things like that. But being up in the ring and feeling that, that’s when the heaviness came over. It’s therapeutic now for me to process the feelings and talk about it, but it is something.”

On rushing to the hospital, and learning of Owen’s passing:

“Coming through the curtain and Matt is standing there, and I said, ‘Get me a car now.’ He said we’ve got it for you, and whatever came over me, I grabbed my bags and they had me a cop car. They put me in a car and the car takes off fast, and I immediately start bowing my head and thinking. I asked the officer, ‘What do you know?’ No answer. ‘What do you know?’ Nothing. I banged on the window and said, ‘Sir, I know you probably can’t tell me a lot. Can you please give me a heads up? We’ve gotta be getting close.’ He didn’t say anything. Whatever I said, I can remember him looking over his shoulder and basically saying, ‘It’s not good, Jeff.’ That’s when I was like ‘wow.’ Did I know he had passed? No. But it was a lot different. He pulled in there, and out walks a nurse and another nurse. That’s when the news broke to me. I can remember them saying, ‘Do you want to go in?’ I immediately went no. I said Martha and family need to be here. No. I just stood outside and that felt like an eternity. I stood out there and sobbed and wept and really couldn’t wrap my head around it. The doctor came out and started talking to me. That was a heavy, heavy day…..that night, we go back to the hotel, and I can remember Road Dogg sitting across from me on a twin bed with the phone stand between us. And him getting on the phone with my wife and him telling her, ‘Yeah, he’s good. He’s good.’ She was just calling and checking on me. You think about me and Brian James trying to console one another, what a trainwreck that is to think about. We tried to process it, but I’ll say we didn’t.”