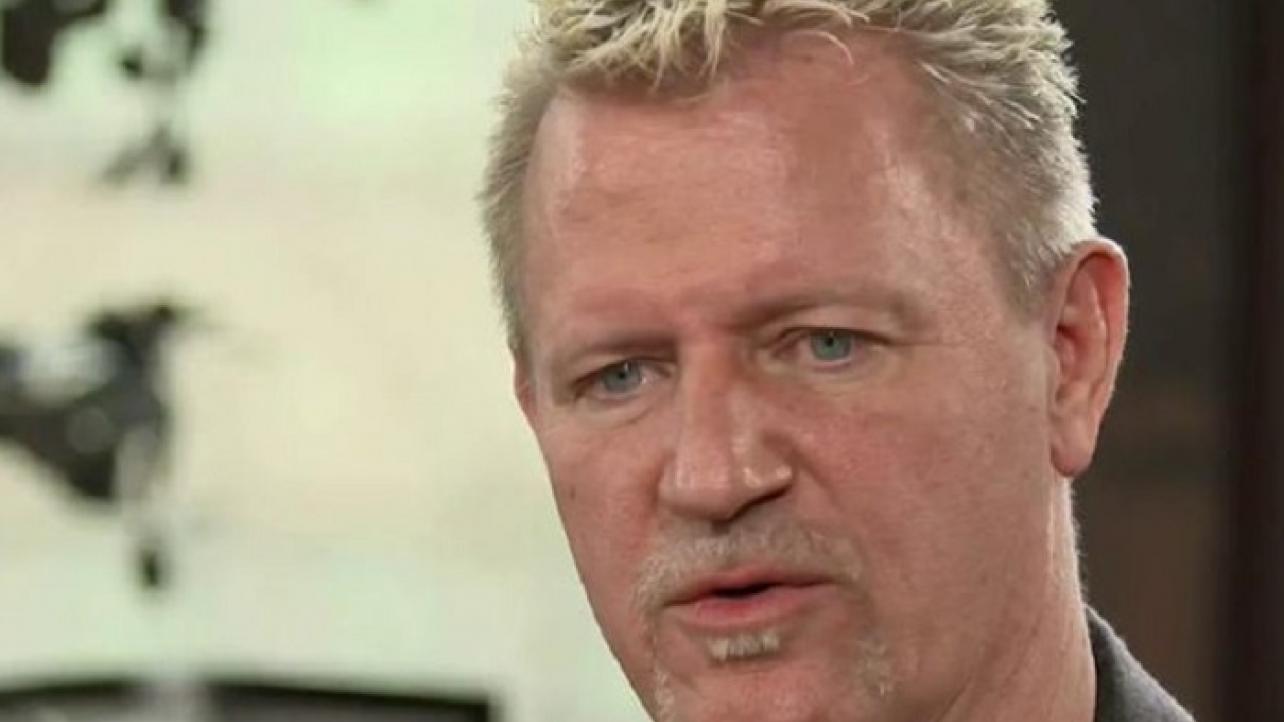 A new episode of the WWE original series, “Table For 3,” will debut on the WWE Network this evening immediately following the WWE Raw broadcast from the Bon Secours Wellness Arena in Greenville, S.C.

The show is titled “Impactful Reunion” and features the aforementioned trio talking about their old days at TNA IMPACT Wrestling.

Ahead of tonight’s premiere of “Table For 3: Impactful Reunion,” WWE has released a clip of Jarrett, Styles and Sting discussing the infamous six-sided ring from IMPACT Wrestling’s past and the pros and cons that came with it.

“I worked for the Roldan Family, going to AAA,” Jarrett said when discussing the origins of the innovative six-sided ring for IMPACT Wrestling. “And I remember before this Main Event Mafia era, “Hey, I want to do this six-sided ring.’ And internally that was a nightmare battle.”

This led to Sting quickly jumping in to say, “I hated it. Too many years wrestling in the squared circle.”

Jarrett then told a story about talking with WWE Hall Of Famer Hulk Hogan in the past about the six-sided ring while “The Hulkster” was part of IMPACT.

From there, Jarrett asked Sting to explain why he didn’t particularly care for the six-sided ring.

“It just changed the dynamic of everything,” said Sting. “You know, I suppose it’s good for some and not so good for others.”

Then, Jarrett revealed that another reason for the six-sided ring in IMPACT Wrestling was that it opened up some marketability options for the promotion.

“It’s the only thing that got us shelf-space in the toy market,” said Jarrett. “They didn’t care about action figures. ‘Oh, you’ve got a six-sided ring? That’ll sell. We want it.'”

While the two old-school pro wrestling legends seemed to prefer the traditional squared-circle, “The Phenomenal” AJ Styles made a case for the six-sided ring being a positive change.

“I thought it made us so different from anything anybody else was seeing,” said Styles. “It was kinda like, you know with cage-fighting, it looked like that.”

Styles added, “It made it more sport-oriented, being so different than the box ring. You know, we had six sides. It looked like MMA kinda, you know? It was different.”

The official synopsis for tonight’s new episode of “Table For 3: Impactful Reunion” reads, “Sting, Jeff Jarrett & AJ Styles reflect on their illustrious sports-entertainment pasts and the impact they had on the industry.”

Check out the preview clip of the new “Impactful Reunion” special edition of “Table For 3” where the trio talk about the infamous six-sided ring above and/or below.

(If you use any of the quotes from the above article, please credit Matt Boone and eWrestling.com for the transcription!)

Why did @Sting HATE the six-sided ring?