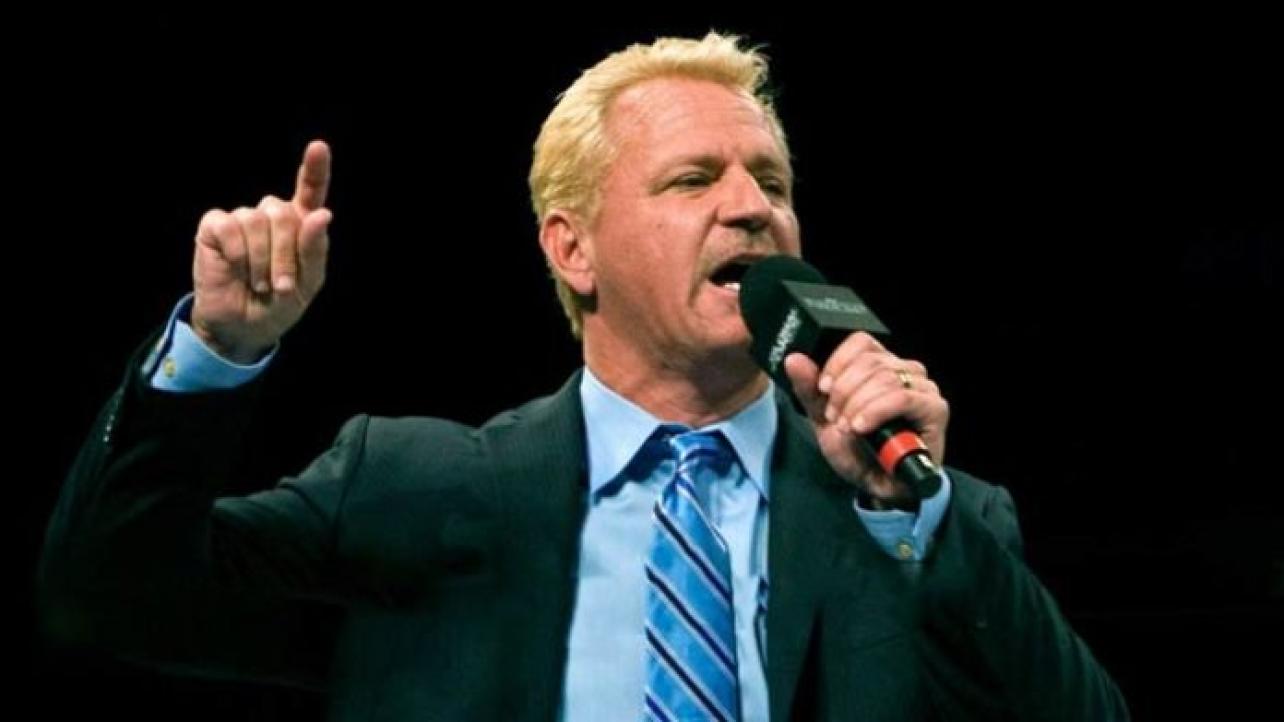 During a recent interview with our friend Raj Giri at Wrestling Inc, soon-to-be WWE Hall Of Famer Jeff Jarrett spoke about Daniel Bryan getting medically cleared to return to the ring for WWE.

“To me, the essence of our business, not just with Daniel Bryan but with any talent, is the emotional connection he has with the audience,” said Jarrett. “A great song connects, whether it’s a new pop song or a R&B or hip-hop or an old country song, it’s emotionally connecting with your audience. The songs that us wrestlers ‘sing’ are the matches obviously, the story, the persona and Daniel has a unique gift that is, to me, very, very relatable,” Jarrett said. “And it goes without saying, his in-ring skills are incredible; and I don’t want to downplay anybody’s in-ring skills, but he knows how to take his set of skills in the ring and make them emotionally connect. He’s good at what he does, it’s that simple. At the end of the day, there’s a lot of guys that can do a lot of moves, but there’s not a lot of guys that can do what he does and put his skill-set together and emotionally connect with his audience. It showed on SmackDown when he returned; you just felt it in the arena and it came across on your TV screen that this was something special happening.”

Jarrett continued, “I’m happy [for him]. A comeback story in a scripted manner is a feel-good story, but a comeback story of this magnitude and the reality of the situation and how the chips fell… I’ll say I emotionally connect with the guy because he came up the hard way. He wasn’t the biggest, the tallest, the fastest, the smartest, any of those accolades. He worked his butt off, and it was long before money came into his equation and long before fame came into his equation. It was because he wanted to do it, and loved it. He had the unfortunate situation with his health at an early age, and that’s tough, that’s real-life a really, really bad break. And for us to see that it’s almost three years since the situation happened and he’s returning on this stage, I mean if you don’t emotionally connect with that, I think you’re brain dead. I’m excited, and heck I get to be there, and I don’t have any responsibilities other than to put on a tux, wave at the fans and watch the wrestling match. I’m excited to see that match, I really am.”

Check out more from the Jeff Jarrett interview at WrestlingInc.com.