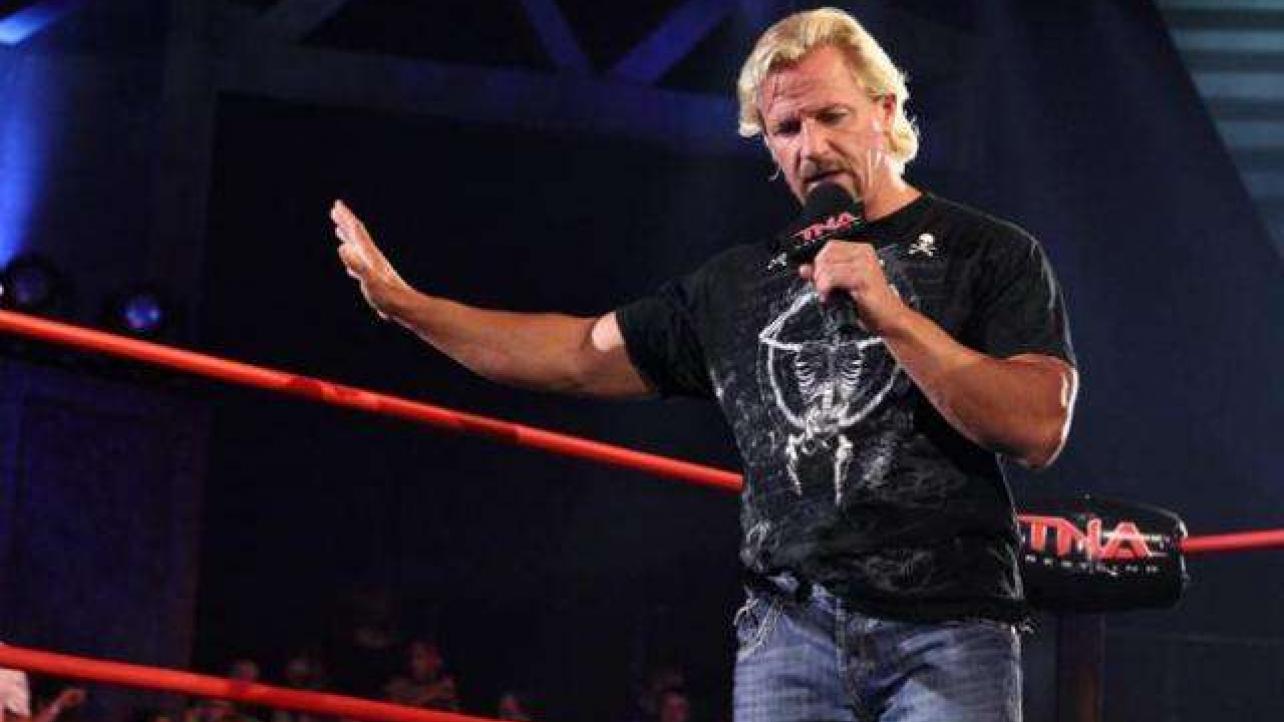 During the discussion, the founder of Impact Wrestling and Global Force Wrestling spoke with the former five-time WCW World Champion about competing against WWE when he first started up TNA (Total Nonstop Action, which later became Impact Wrestling).

“It is well documented; I was super excited about the progress that we went with,” said Jarrett. “We were on Spike TV on Saturday nights; one hour on late night. Then we went to Thursday night late night, then we got one hour on prime time. Rather quick time, it doubled. We went to two hours on prime time. I can tell you without question they were the most profitable years of the organization. I can remember being in the merchandise warehouse, we were getting ready for something, but there was a picture of the Main Event Mafia. When you looked at the original guys that were in it, it was Sting, Kurt Angle, Booker T, Scott Steiner and Kevin Nash, and when you look at that picture, they were all five guys that were not only world champions, but could carry their weight individually, and when you put them together, it was ratings, it was legitimacy, it was great storytelling.

Jarrett continued, “So there was a time, around 2006, 2007, around that time, the two hours on Thursday nights, the ratings, the momentum, along with a young AJ Styles. You had the Main Event Mafia on one side, on the other side you had myself, Mick Foley, arguing with each other, and you had AJ Styles on the other side of the fence, it was a natural, give and take, push and pull, and over that period of time, it did nothing but elevate AJ Styles. You think about that. It was good TV, and it goes down in history as being the heyday of TNA Wrestling.”

“Double J” also spoke about stars that were groomed in Impact Wrestling making it to the biggest stage possible in WWE, such as current WWE Champion A.J. Styles, who for the longest time was the face of Impact Wrestling.

“AJ Styles is the champion, at this time he is headed to WrestleMania as the world champion at this time, around the same time I am going into the Hall of Fame. Samoa Joe, what amazing run he had in TNA, and Bobby Roode, since the TNA Asylum days,” Jarrett said. “But AJ Styles has been here since day one; the very first show he was crowned champion. He was a highlight from day one with the organization. He always had a wow factor. Long before his personality developed, his athletic ability was above the rest. He really was and is phenomenal in the ring.”