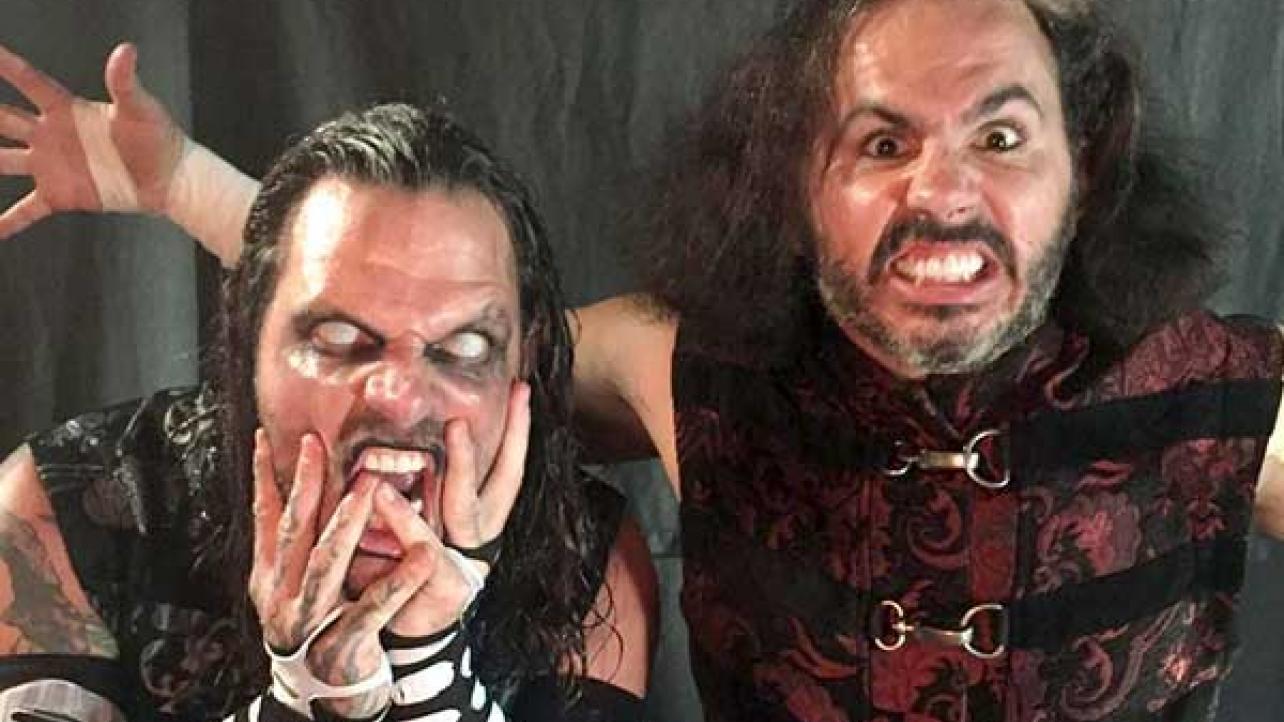 Jeff & Matt Hardy Comment On Possibility Of Returning To WWE

Jeff Hardy claimed that he wouldn’t mind returning to WWE if it were under the right terms, but noted he could be just as happy with another run as world champion in TNA.

If it feels right and good, I don’t see anything wrong with staying,” said Jeff. “When you commit to a WWE contract, you’re committing to some serious time away from home. If it were under my terms, there might be a chance, but I’m really not sure. Of course it would be nice, but what we’re doing right now is so much fun. I don’t want to go back to WWE and burn out within four or five months, and having another run as TNA world champion would feel just as good.”

For his part, Matt Hardy, who has enjoyed a lot of success since being permitted to have complete creative freedom in TNA, pointed out that he too is content being where he is.

“I am very content at Impact Wrestling,” said Matt. “I don’t know if I trust that Meekmahan, or if he’ll try to stifle my broken brilliance. I’m able to live in my broken universe here at Impact Wrestling to the fullest extent, and Impact Wrestling needs me as their savior, so I’ll do everything I can to help them grow. They’ve had many setbacks in the last few years, but things are changing. I don’t have an end game. Being a celestial being, I live for the moment to fight the Great War, and that is to light the darkness. Right now, I’m able to do that at Impact Wrestling.”

Check out Matt Hardy and Jeff Hardy in action at TNA Bound For Glory 2016 this Sunday, October 2nd at Universal Studios in Orlando, Florida.

Jeff & Matt Hardy Comment On Possibility Of Returning To WWE