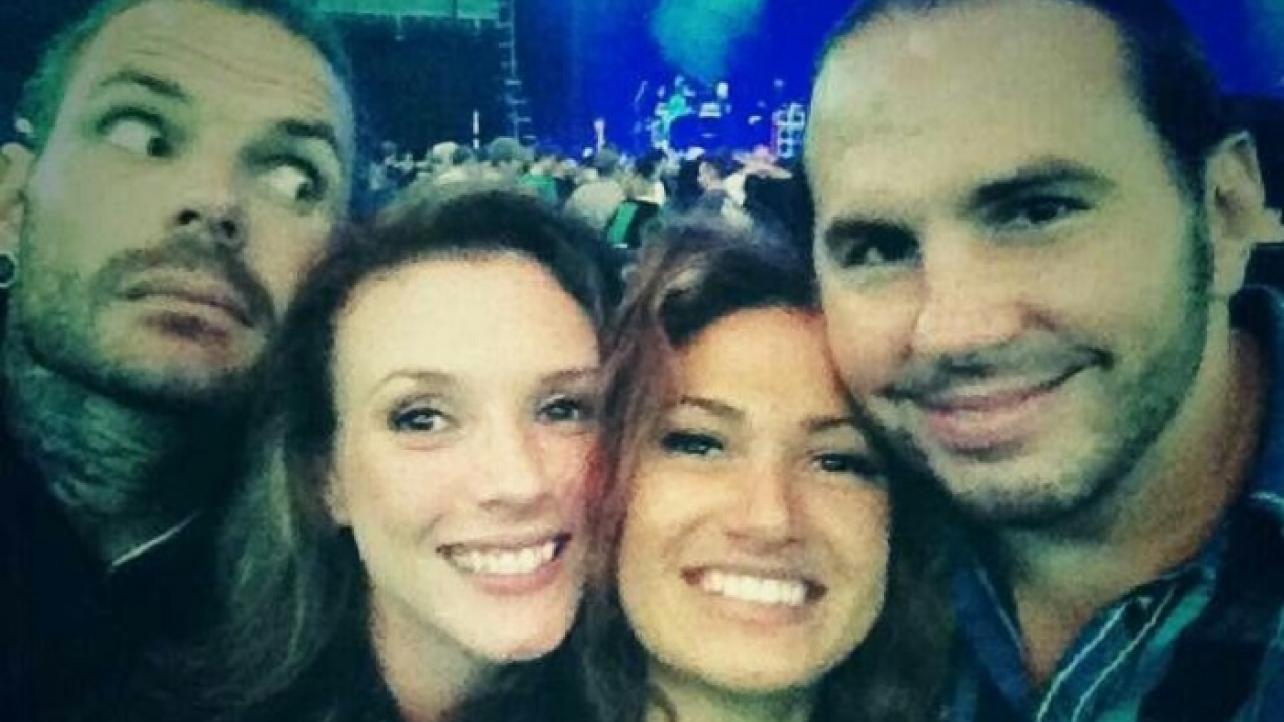 Following Jeff Hardy’s latest DWI arrest, his brother Matt Hardy posted an interesting tweet reacting to the news that has since resulted in a bit of a “Twitter War” between Jeff and Matt’s wives — Beth Hardy and Reby Hardy (a.k.a. Reby Sky).

The Hardy family has not released many public statements since Jeff Hardy’s latest arrest, however, Matt did make a general statement about a week ago:

Since so many have asked me about my brother tonight-I love my brother & want him to be happy & healthy. I’ve expressed that to him as much as I can. Jeff has to make his decisions about his life.

I have to focus on my 2 boys & soon to arrive son. I can only control MY actions.

Jeff’s wife, Beth, didn’t respond right away but took to Twitter yesterday to take some passive-aggressive shots at Matt:

Kept my mouth shut for too long. Don’t take ANY info seriously from “family” when it comes to me or Jeff. “Family” quotes are BS. Family should have contacted us first before they made a statement to Twitter. Looks like they’re more worried about their online presence than Jeff.

Jeff & I are handling our business. Hence no post from either of us about what happened. Going forward, if you don’t hear it from us, disregard it. We don’t need any “well wishes” from “family”.

This of course did not sit well with Matt’s wife, Reby, who has never been one to shy away from mixing it up online. Reby, as expected, went on a rant:

Hi, neighbor ! His @ is @MATTHARDYBRAND. Also, we live 100 feet away. Pull tf up if you got such an issue #loveandlight #prayers #blessyourheart #yall pic.twitter.com/iaQSPxD4hH

We will keep you posted here at eWrestling.com as additional details regarding the “Twitter War” between the wives of The Hardy Boys surfaces.