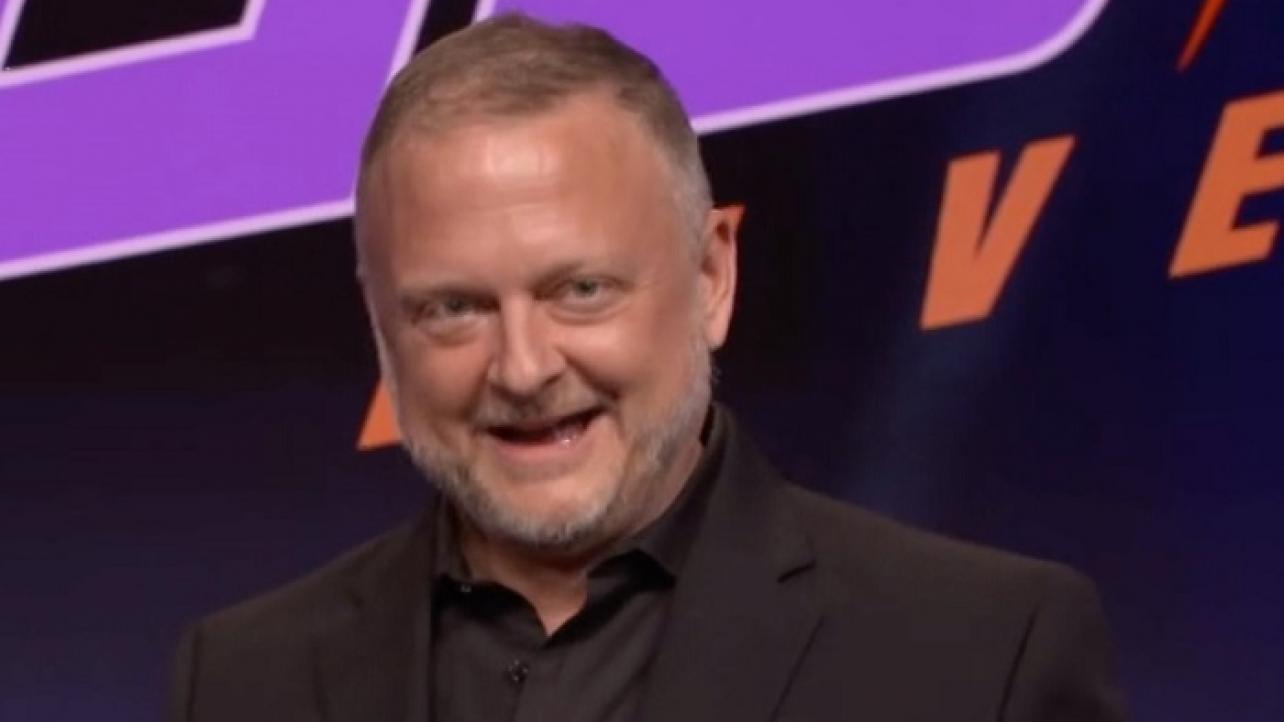 Borash, a former ring announcer, television commentator and backstage interview personality for IMPACT Wrestling, debuted on-air with WWE as part of the broadcast team for this week’s special edition of WWE 205 Live.

Following the WWE Money In The Bank “go-home” edition of Friday Night SmackDown on May 8, WWE 205 Live aired on the WWE Network with a new episode featuring “The Matches That Made Me” theme, which this week focused on Oney Lorcan.

Signed by WWE back in early 2018 after a 16-year run with IMPACT Wrestling that began in 2002, which followed his stint in World Championship Wrestling (WCW) prior to the demise of the promotion in 2001, Borash currently works for the worldwide leader in sports entertainment as the “Senior Director of Content and Development.”

On Friday night’s WWE 205 Live, Borash joined Tom Phillips as the co-host that introduced and closed out the program.

In the opener, Phillips joked with Borash about this being the way he always dreamed he would make his WWE TV debut.

While talking with Borash before the Lorcan matches were shown, Phillips mentioned the fact that Borash had worked for WCW before the promotion was acquired by WWE, however his 15-plus year career with IMPACT — which is still in business today — was not directly mentioned.

At the close of the program, Phillips asked Borash who he feels will emerge victorious in the ongoing Interim NXT Cruiserweight Championship Tournament, and he picked Drake Maverick.

Borash worked closely with Maverick during his run in IMPACT as “Rockstar Spud,” which Phillips referenced by joking that Borash was being biased in his prediction, but never outright mentioned IMPACT in doing so.

Oney Lorcan, the star and individual this week’s edition of WWE 205 Live: “The Matches That Made Us” was centered around, took to social media to comment on Borash making his debut during the episode.

“Jeremy Borash is a certified lunatic, and I am happy he is on 205 Live on the WWE Network right now,” wrote Lorcan via his official Twitter page (see below) during the early moments of the broadcast.