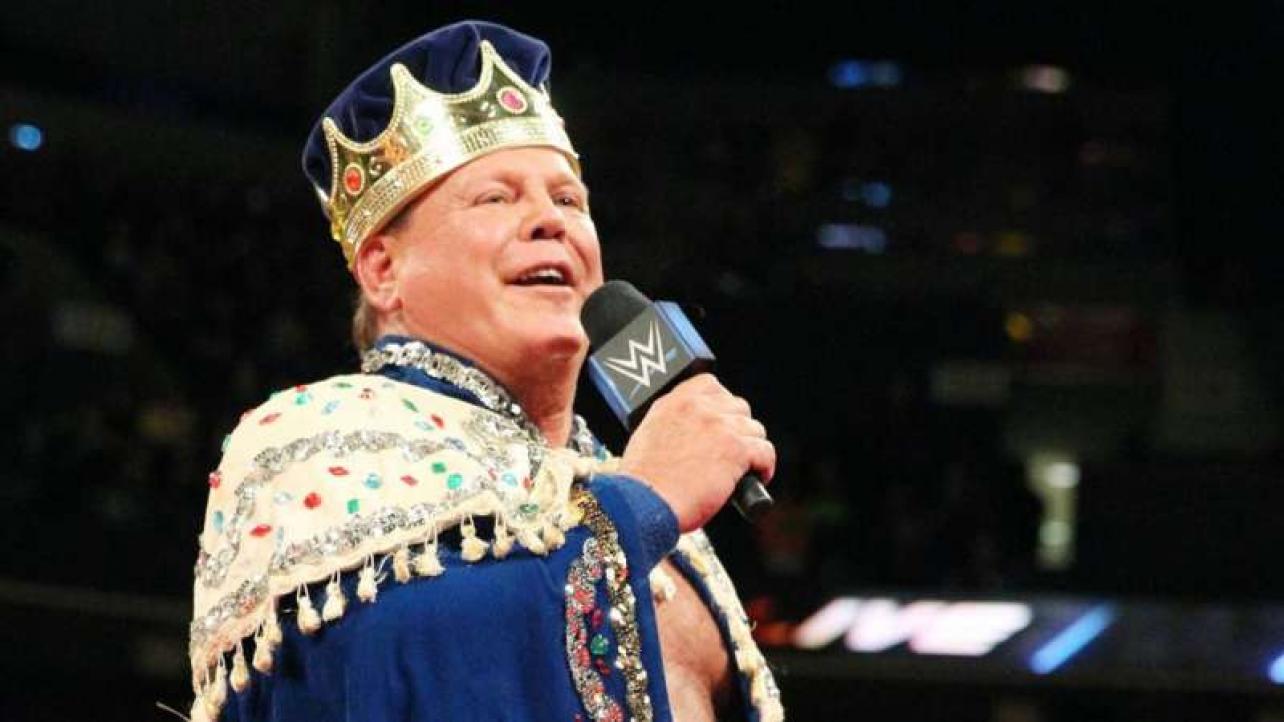 WWE Hall Of Famer Jerry “The King” Lawler recently appeared as a guest on Busted Open Radio with Mark Henry and Dave LaGreca. Featured below are some of the highlights from the interview.

On feeling and staying young: “I’ve said this many times. Hugh Hefner said to me ‘stay around young people, and you’ll stay young’. My fiance is 28 years old and I’ve always just stayed around younger people, and that helps. Another one of the secrets I think is don’t ever stop. Once you stop doing something and try to go back to it, forget it. I still wrestle a lot.”

On helping out Mark Henry early in his career: “One of the things I’ll never forget is finding out you really were the world’s strongest men. It was early on in the match, and it was the typical spot where you stood in the ring and I bounce off of you. I did that, and it was like hitting a brick wall, and said ‘if at first you don’t succeed’, and I did the spot even harder. I did the spot a third time, and you side stepped me and as I went past you, you swatted me in the back and I remember saying to Vince McMahon ‘it was like a grizzly bear paw’. The way I was laying down I was looking at Vince McMahon in the eye and us having a moment together. I remember saying to Vince ‘Yeah, he really is the world’s strongest man’.”

On making Memphis Wrestling hot again: “What I’ve started back on our local CW station in Memphis is a show called ‘Jerry Lawler’s classic Memphis Wrestling’. It’s just a show where I try to have a guest on every week that was from that era and show their matches. If you remember, there was a show called ‘Mystery Science Theatre 3000’. That’s the type of project we were doing. We were doing updated commentary on the matches. It started in April, and we are moving it to Saturday morning’s at 11am, which is the same time Memphis Wrestling was on back in the day. It won’t be live matches. We will show classic matches with updated commentary.”

On how legendary Memphis Wrestling announcer Lance Russell helped break him into the business: “I feel the same way about Lance as people feel about when they come to me and say ‘You and JR were the voices of my childhood’. Lance Russell was the guy I grew up with listening/watching. He and Dave Brown were the best to me. I had a special place in my heart for Lance because without him, I would not have gotten my start in the wrestling business. I was just a kid in college majoring in commercial art, going to University of Memphis. I did some caricatures of the different wrestlers and mailed them to the TV station not expecting anything. Sure enough, Lance showed my pictures on the TV show and after the show was over, he called me and said everyone loved my work and would love to have me on the show. That’s how I got to meet Jackie Fargo, who at the time was the biggest star in wrestling at the time. One thing led to another and that’s how I got into the wrestling business.”