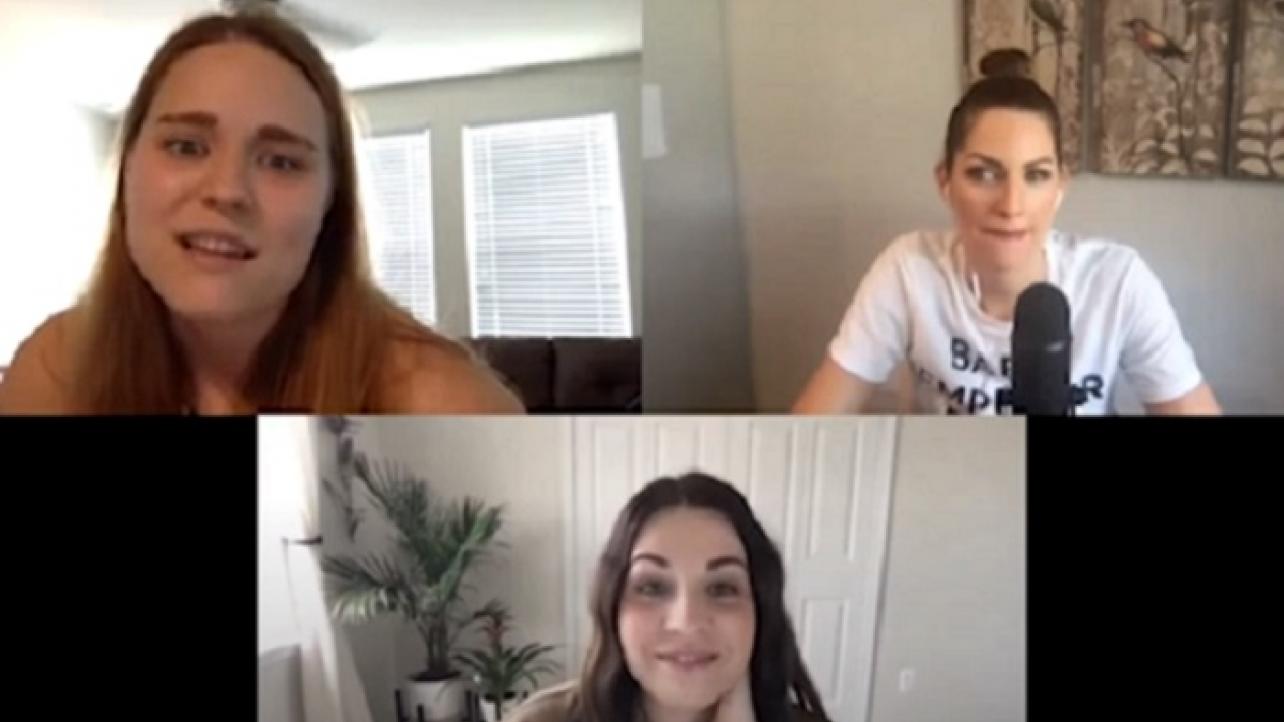 Jessika Carr recently appeared as a guest on the “Health Babes Podcast” for an in-depth interview with Dr. Becky & Dr. Krystal covering all things pro wrestling.

During her appearance on episode six of the digital program, the first full-time female referee in WWE history spoke about the ‘utter chaos’ behind-the-scenes in the company, how she didn’t know what to expect when she first joined the company and how she has been dealing with a nagging back injury for the past month or two.

On how she has been dealing with a nagging back issue for the past month or two: “I have had a back issue for probably a month or two, so we’ve definitely had to adjust what we’re doing in that time [workout wise]. Yeah, because it’s just been a nagging thing that kept coming up and just not going away so I’m doing like — finally I was like, ‘Fine, I’ll go do therapy for it.’”

On not knowing what to expect when she first joined WWE: “I never felt — so when coming in I wasn’t sure what the expectation was going to be. I wasn’t sure if they were going to tell me, ‘Well you’re just gonna strictly do women’s matches.’ I wasn’t sure what to expect out of it but from day one, they told me that, ‘You’re gonna do everything that the guys are doing,’ which it meant a lot to me. For not only to be in the position to referee guys’ contests but there’s a lot to the backside of refereeing that people don’t realize as far as we are usually, especially at the level of NXT and the Performance Center, we are big people manager[s]. We are really big into leading the buildings of the rings and tearing them down and the safety of that, and concussion protocols and all of those things and I just felt always that the ball was in my court for an opportunity, not because I was a female but because I was good at my job and I still feel that now, but at the same time, I really hold high expectation for myself and I’m essentially setting a standard.”

On having a lot of uncertainty in her line of work and how things are ‘utterly chaotic’ behind-the-scenes in WWE: “There is a lot of uncertainty in my line of work. We don’t know generally what is going on that evening when we’re there at 3 PM. Like, it’s utter chaos but I don’t think I would enjoy a life much different because I love hanging on the seat of my pants and going, ‘Where’s the adventure now? Where are we going? What are we doing?’ It’s fun for me.”

Check out the complete episode of the Health Babes Podcast featuring the Jessika Carr interview via the YouTube player embedded below, or by visiting Apple.com.

(H/T to POST Wrestling for transcribing the above quotes.)