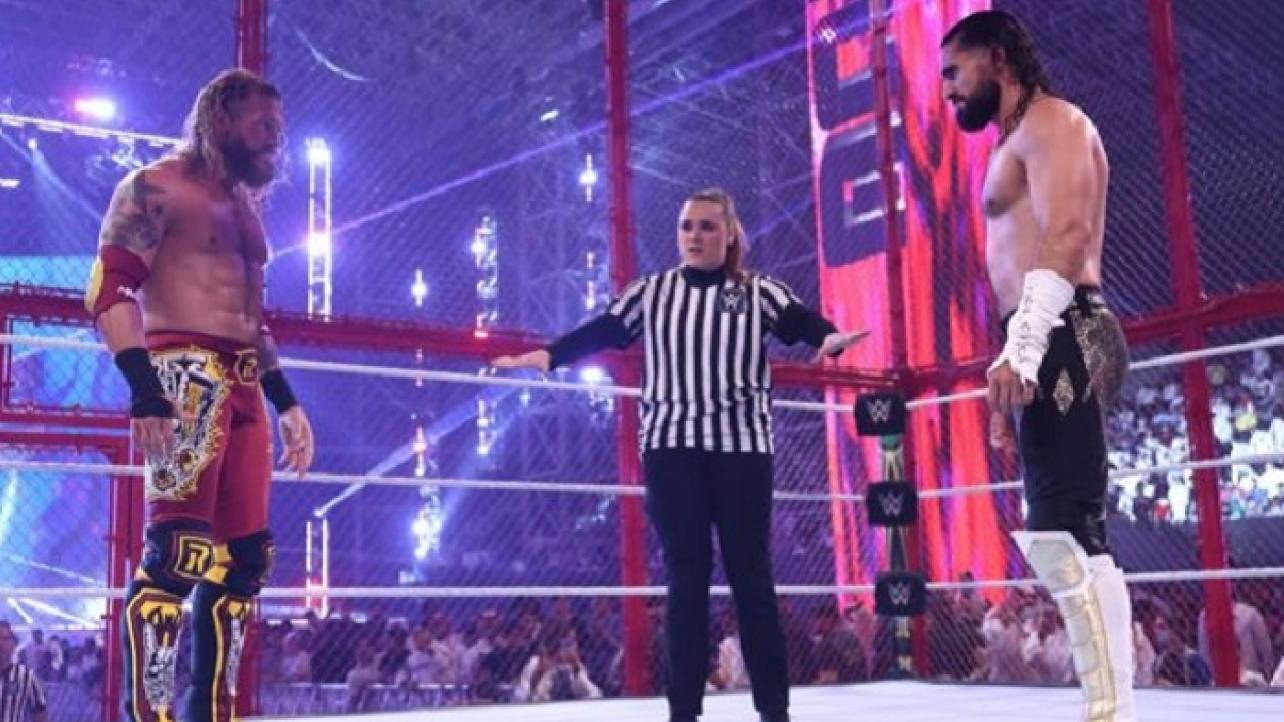 Jessika Carr recently appeared as a guest on the Table Talk podcast for an in-depth interview covering all things pro wrestling.

During the discussion, the WWE referee spoke about how instrumental Edge was to getting her booked at the Crown Jewel special event in Saudi Arabia.

Featured below is an excerpt from her appearance on the show where she touches on this topic.

So this was something that kind of happened progressively, starting at SummerSlam. At this point in his career, Edge likes working with people he’s comfortable with in the ring, as far as referees are concerned. And that person, for the longest time, has been Charles Robinson. At SummerSlam, Charles wasn’t booked to be there, he wasn’t planned to be there. So it was kind of a discussion between him and Edge of ‘hey, do you want to give Jessika a chance? I think Jessika would be a good option.’

He was all about it, Edge was, giving me have the opportunity to learn, to be in the ring with someone that has gone through all the things he has in his career. So that was the first step of doing it at SummerSlam. And I stepped up to the plate, got all the kudos for that and it was amazing. The second chapter of that was Madison Square Garden, which was very shocking because Charles was there. I don’t know who’s decision that was or what the story was with that. But to then be at Madison Square Garden and to have Edge vs. Seth was another little tip in the hat. That was awesome.

So that was another where I stepped up to the plate, and I was literally standing in Gorilla with Edge. And Edge asked Vince ‘can we have her in Saudi Arabia?’ Vince was like ‘hmm…yeah, I think we can make that happen.’ Things had to be put in place, as far them I guess communicating with who they had to communicate with in Saudi. Then it has to go through a few extra steps and layers to make sure everyone is okay with it.

And then I guess the week before I started hearing ‘yeah, you have the cage in Saudi. You have the cage in Saudi.’ And it was like ‘okay, alright.’ If anything, what you learn, at least I’ve learned, is you can’t get excited about things until they happen, because so many things come into play as far as things changing and schedules changing and matches changing, especially in the days of COVID. So a lot of things could change. I don’t get excited about things until they happen, so not until the cage was coming down and I was standing in the ring and looking around was I like ‘okay. You can get excited now.’