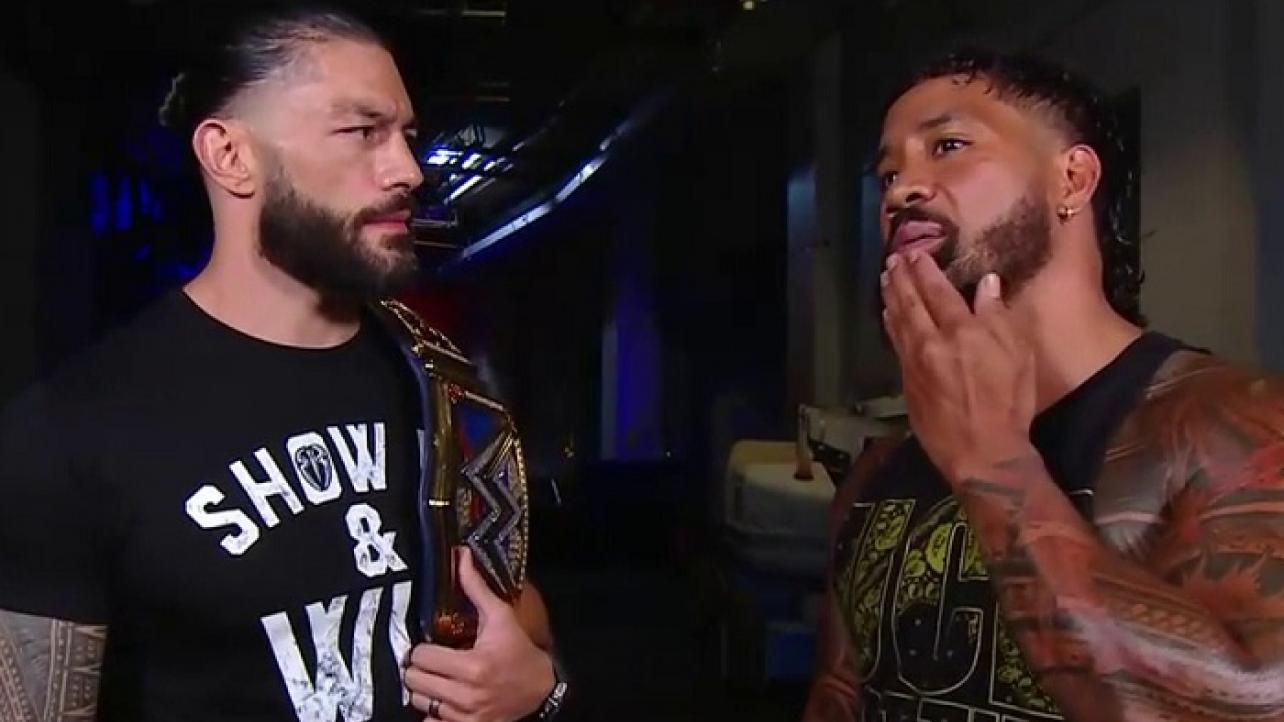 WWE star Jey Uso was a recent guest on ESPN’s Cheat Heat podcast to talk all things pro-wrestling, including his epic feud with cousin and current Universal champion Roman Reigns.

The former multi-time tag champion calls this feud against Reigns some of the best work he’s ever done, and how discusses how the two drew true emotion out of their storyline.

Apparently WWE feels the same way, as the longtime WWE veteran claims that the company had only originally intended for their rivalry to be a “one-and-done” type of feud.

This was a one and done, supposed to be. They were like ‘this sh*t is fire right here, bro’. I think I was just to get Roman to the next homie but man, you see the storytelling, this is real. The feeling’s right there, the promos right there. If you watch the match back, the match was basic, what grooved is the damn story and that is the main thing. We showing you real emotion, we showing you feeling. You can put the Fiend with Roman, you can put Seth Rollins with Roman, whoever, whatever, whatever top guy they got, put him with Roman, I guaran-damn-tee you, uce, they didn’t pull out emotion, they didn’t pull out real feeling, they didn’t pull out storytelling the way me and uce did that thing. Tell me you didn’t feel like you were watching a damn movie, you forgot you were watching wrestling. When I watched it back, I was watching that thing like I wasn’t in it. I was like ‘man, this is good, this is my best work.

Uso is set to challenge Reigns again at the upcoming WWE Hell in a Cell 2020 pay per view later this month. Make sure to join us here at eWrestling.com for live results coverage of the event.

Check out the complete Jey Uso interview at ESPN.com.

(H/T and transcribed by TTalkSport)