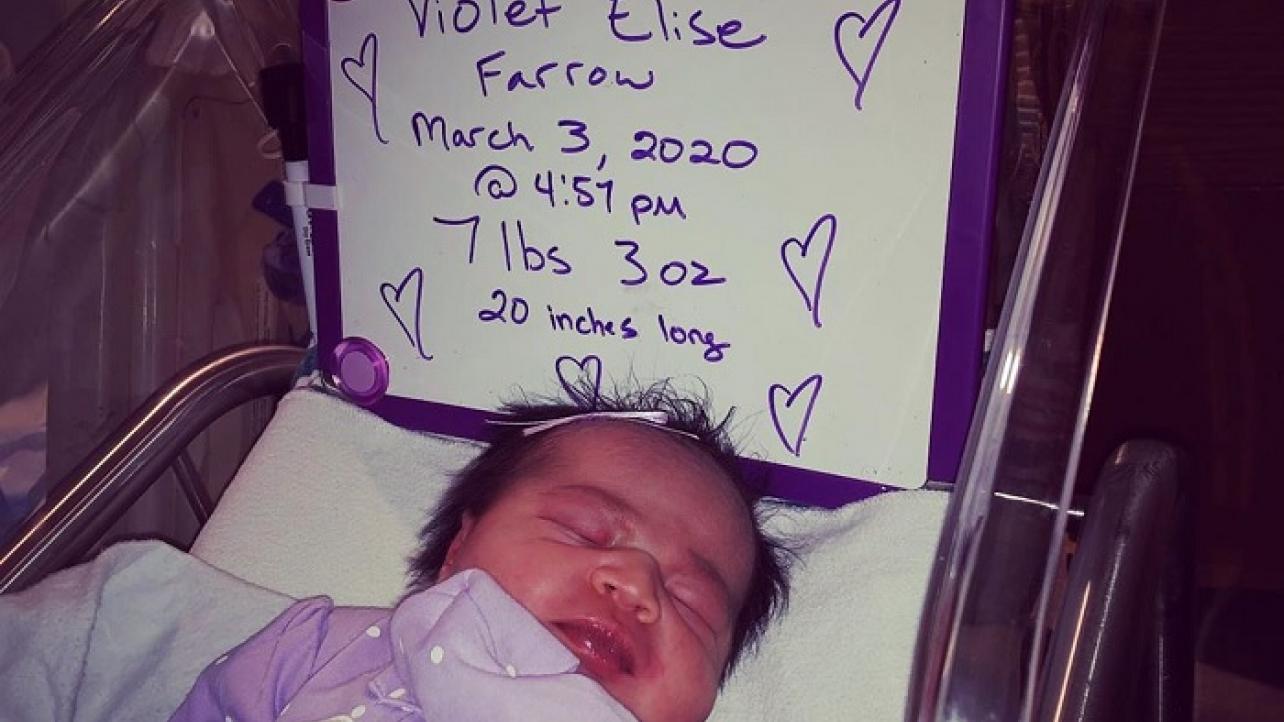 Jillian Hall recently welcomed a new bundle of joy to the world.

The former WWE Superstar took to social media earlier this week to announce that she has given birth to a new 7 lb., 3 oz. baby girl.

Hall wrote on her official Instagram page about the birth of her daughter this week:

The post, which also contained some photos of Jillian Hall with her new daughter and father of the baby girl (See Below), continued with Hall revealing the name of her new child.

“I wouldn’t trade it for the world though,” she wrote. “Meet our daughter, Violet Elise Farrow! One of the biggest blessings of my life!”

Additionally, the father of the baby, Hall’s significant other released his own post with several baby photos and a poem he wrote for the occasion.

Check out a full gallery of photos including shots of a very pregnant Jillian Hall with the baby’s father at the Baby Shower before the baby was born, as well as pictures of the special day Violet entered the world and the aforementioned images of Hall dressing her up in an Easter outfit below.

Former #WWE Superstar @Jillianhall1 welcomes 7lb., 3oz. daughter Violet Elise Farrow to the world this week: “It Was NOT An Easy Day …” (#PHOTOS)

I am in love it wasn’t an easy day by far, one of the hardest of my life! I wouldn’t trade it for the world though… Meet our daughter, Violet Elise Farrow! One of the biggest blessings of my life!

Ready for her first Easter!