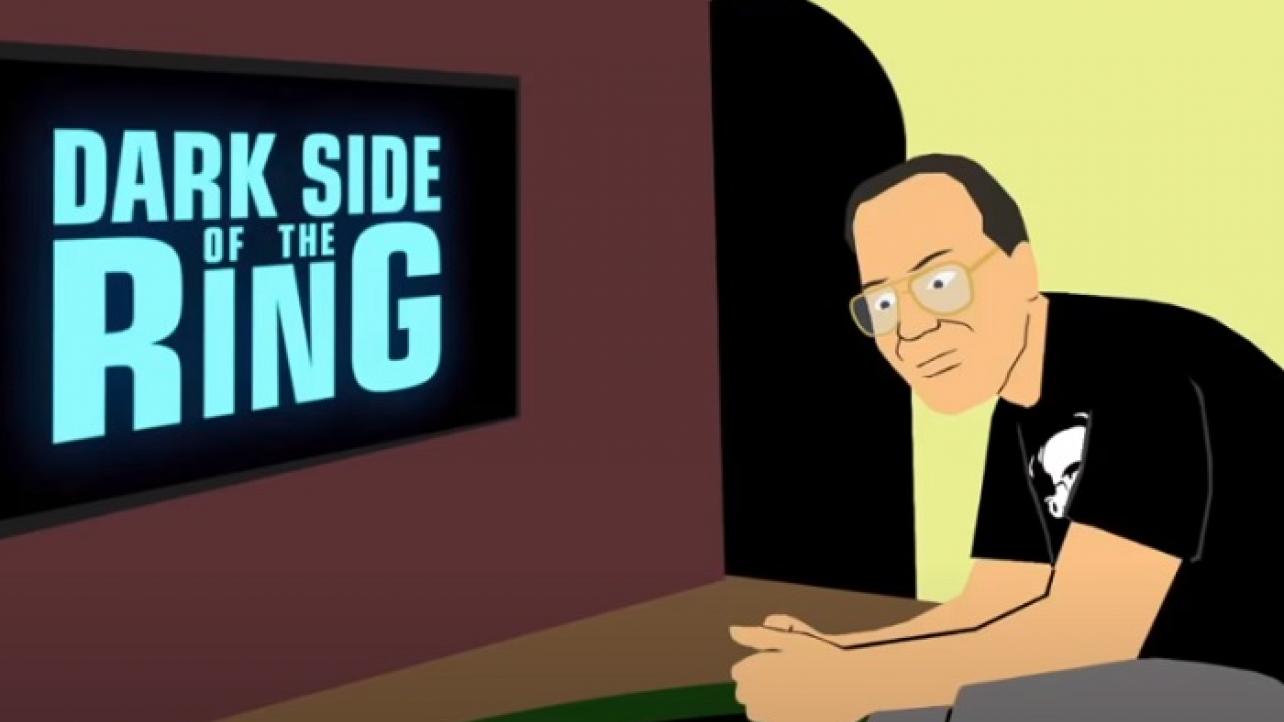 Add Jim Cornette to the list of those in the industry that have spoken out regarding accusations made against Ric Flair in the latest Dark Side of the Ring episode covering the infamous WWE Plane Ride from Hell incident from 2002.

During the latest edition of his Jim Cornette Experience podcast, the legendary pro wrestling figure spoke about “The Nature Boy”, who was trending after the episode on Vice TV due to the controversy, which also led to Car Shield no longer running the commercials he is featured in.

Featured below is an excerpt from Cornette’s podcast where he touches on the controversy.

“As I said earlier…the guys entertain each other and they only mean it that way and there’s not malicious intent involved but when you hear stories like this completely from the outside of the world of wrestling, you think ‘my god those guys are completely insane?’ As I mentioned, I think in some cases, what several of these people were trying to say was there was no malicious intent involved in anybody’s actions. Rather it was a combination of alcohol, bad judgment and not realizing that they weren’t in the same old environment they were in. They’re on a big f**king brand new charter plane flying across the ocean with a lot of outside wrestling people involved that don’t take kindly to their antics. It was a recipe for disaster. I hate that Flair has come off looking like this because I know the guy and I genuinely believe that he never wanted to hurt anyone or offend anyone or freak anybody out or make anybody feel like that poor flight attendant felt. It was something that he did that people wanted him to do for so long that he never knew when to stop, I guess.

“I can’t explain why anybody, except maybe the alcohol, why anybody would have thought that any of that stuff was a good idea to do to those people at that time on that plane altogether. I’m interested if we can find out what antics Vince has been around for and wasn’t and which flights he was on and wasn’t on because if people remember him being on flights where incidents happened even if they are conflating this one with a different flight, the point is I worked there for a long time and I know that Vince McMahon, if any point where he was in a situation he saw the guys acting up all he would [have to say is] ‘hey, gentlemen!’ He had that f**king air [about him] and commandingness. At the very least, you could understand something happening once but if there’s multiple incidents, even if it’s different people, if they ain’t got the idea don’t f**k up on the planes by now. One of the first things I learned when I got in the business is the boys will f**k themselves every time. Get a good rate at a hotel, one of the guys might trash it. Get a good rate at a rental car place, one of the guys is gonna wreck it. Whatever the case may be, the boys have always had trouble policing themselves but this took it to a ridiculously new level.

“All I say is and all I stand by is it was wrong, he shouldn’t have done it. It wasn’t the time, it wasn’t the place, it wasn’t the people, there’s no excuse for it. But I still just knowing Ric genuinely believe that down deep in his heart or brain or whatever, he didn’t think that he was offending anyone, doing anything wrong that anybody would remember and be pissed about the next day. I’ve seen him treat average people in various ways that he would come in contact with them overly politely. It’s not like he was going around being a raging a** to anybody. I’ve seen guys be d*cks to women at the matches, unnecessarily. I’ve never saw him do that. I never saw him act like a star to people in convenience stores or out in public or being a dick to them or whatever the f**k just unnecessarily. You know, not excusing it but there has to be something to be said for intent. I’m wondering when did he ever figure out that this wasn’t getting over anymore. Maybe when he got sued.”

Check out the complete episode of the show at . H/T to WrestlingNews.co for transcribing the above quotes.