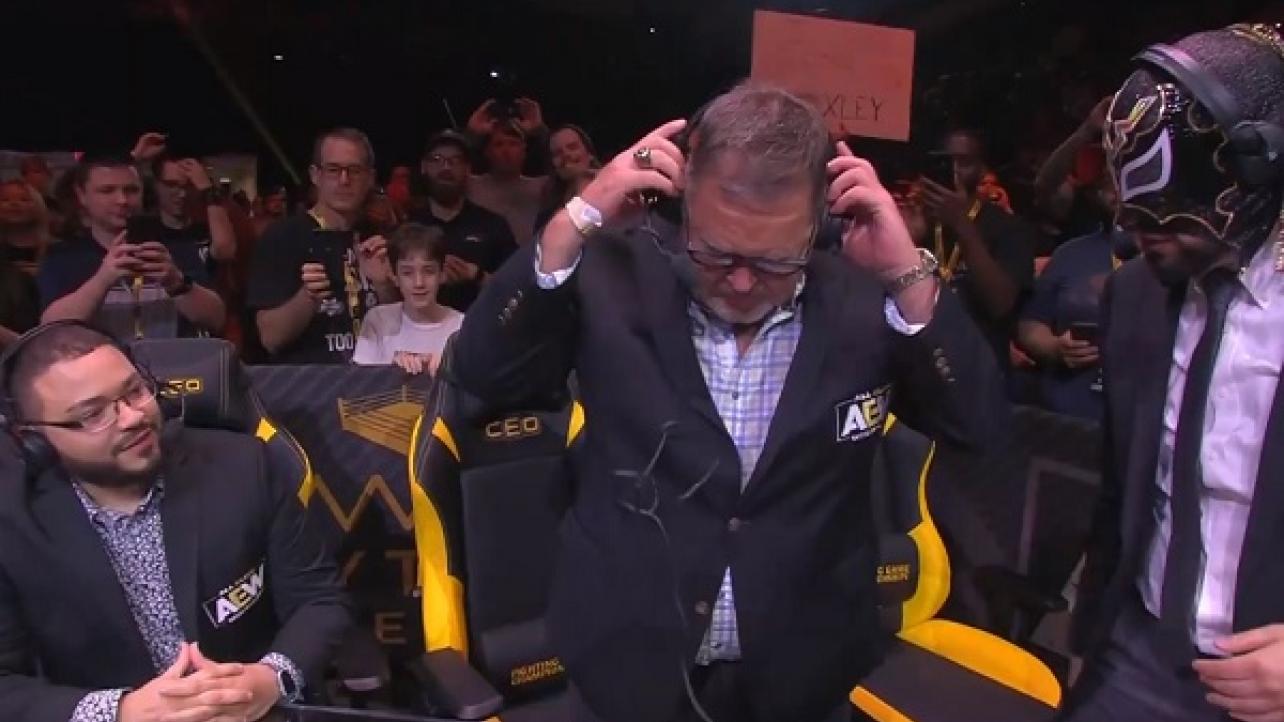 Jim Ross was a recent guest on Busted Open Radio where the legendary commentator spoke about AEW’s biggest acquisition, Jon Moxley. Ross believes Moxley to be a tremendous influence on not only the fans, but the talent backstage due to his charisma and work ethic.

“It is the biggest get for us I think. The timeliness of him coming fresh off WWE television, I know he wasn’t always happy with his creative, but he spent a lot of time on TV, had eyes on him and he has name recognition. He is young, athletic and passionate. He comes to work with a chip on his shoulder. He is full of energy. He is a big get, his passion and work ethic rubs off on the other guys.”

Ross would then discuss AEW’s preshows from Fyter Fest and Double or Nothing, admitting that he was not a fan of either and thinks there needs to be urgency and importance towards everything that they do.

“Honestly, I wasn’t crazy about it, I do not think it sold enough of what we were doing on the main show. I didn’t think it was what we needed to be doing. Now, I like comedies, when I’m drinking those are my go-to. I think we have to be selling a good sampling of what we do in the main show. If you have a pregame show for a pay-per-view, those matches shouldn’t just be filler, they should be something.”

He also talks about working with Excalibur and Alex Marvez, stating that he’s enjoyed working with them, but that there is room for improvement.

“Excalibur is an excellent talent, I like his voice, he has great knowledge and he has passion in his heart. Alex Marvez, I would love to see him in an insider role. I work with two guys that are a lot smarter than me. We got to have reps and we have got to get better. We have got to clarify what the roles are in that three-man unit. I have every confidence in the world that when we go on television in October, we will be prepared to do a good job for the fans.”

You can listen to the full interview here.