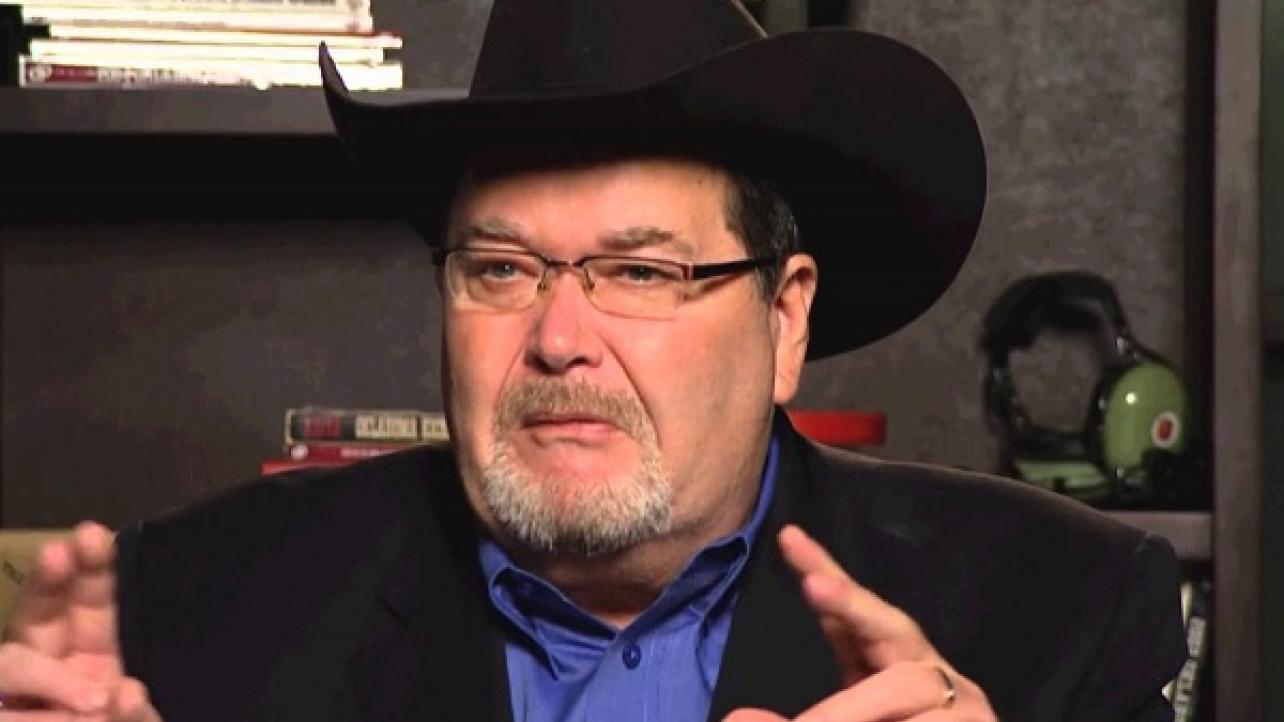 WWE Hall Of Famer Jim Ross recently took some time to talk about The Shield’s reunion, Roman Reigns and Vince McMahon’s first meeting with Brock Lesnar on his Ross Report podcast. Featured below are some of the highlights.

On not understanding the crowd cheering The Shield for beating down Braun Strowman in a three-on-one attack on RAW: “The Shield back together was an epic moment for WWE and it is hard to hear a soundtrack of how wonderful it is to have The Shield back together when three guys are beating up one. My mind is seeing three guys beating up one and it’s a gang attack and I’m hearing, ‘it’s wonderful’. What? It’s one of those, ‘did you see that?’ [or] ‘can you believe that?’ lines. To me, you lay out and let it play out. The fans are going to boo who they want, they’re going to cheer who they want, but the bottom line, as ‘Stone Cold’ [Steve Austin] would say, The Shield is back together and I perceive that as a good thing. I’m a faction guy. I loved The [Four] Horsemen. I loved The [Fabulous] Freebirds. All that stuff, I loved those factions, The Andersons, where they had more than two guys. A lot of great factions. I can see others putting themselves together to form another faction to combat The Shield. All those guys in The Shield are big time stars. They all got a great opportunity to make a lot of money and I think the faction thing will be very beneficial to them over the long haul. So good for that, really good.”

On Roman Reigns: “The guy has been on a hell of a journey. He’s maligned. He’s polarizing. I get all that stuff. But, looking behind-the-scenes, I have a hard time getting miffed or making a big deal out of Roman Reigns’ issues. Is he a fan favorite? Is he a villain? Is he being force-fed down my throat? Why shouldn’t I revolt and be defiant? I don’t know. I can’t help you on that one. I like the guy. He’s reliable. He’s durable. He has a great look. He’s physically tough. I would say Roman Reigns is one of the few guys that has probably wrestled with Brock Lesnar in the last few years who hasn’t been intimidated by Lesnar’s presence. Reigns is not afraid even though Brock Lesnar is a bad, bad man.”

On recalling the first time Vince McMahon met Brock Lesnar: “It was the first time Vince McMahon physically laid eyes on Brock Lesnar. You’re not going to hear that in a lot of places. Brock came to the event. We were recruiting him. Jerry Brisco was recruiting him heavily. He was on him. He was our number one target and we got him. We got our guy. And he came to the show because, Brock, I don’t think he had been to a pro wrestling event in his life. He was not a fan. It didn’t mean he hated it. He just was occupied with working on the farm, playing football, and wrestling at a high, high level. So I remember that. I remember Vince walking out of his office and down [the hall] and I said, ‘Brock Lesnar is here’ and I had to refresh his memory about who that was. No face, no name – Vince didn’t know. And so, I said, ‘he’s standing out here’ and when Vince walked by, he gave him a little wave. He saw, ‘wait a minute, is that what I think it is? Is that 6’3″, 280 [lbs.]? Is that blonde hair? Looks like an angry Viking or a heifer bull.’ So Vince made a little detour, shook Brock’s hand, the rest, as they say, is history.”

Check out the complete episode of The Ross Report with Jim Ross at Player.fm.