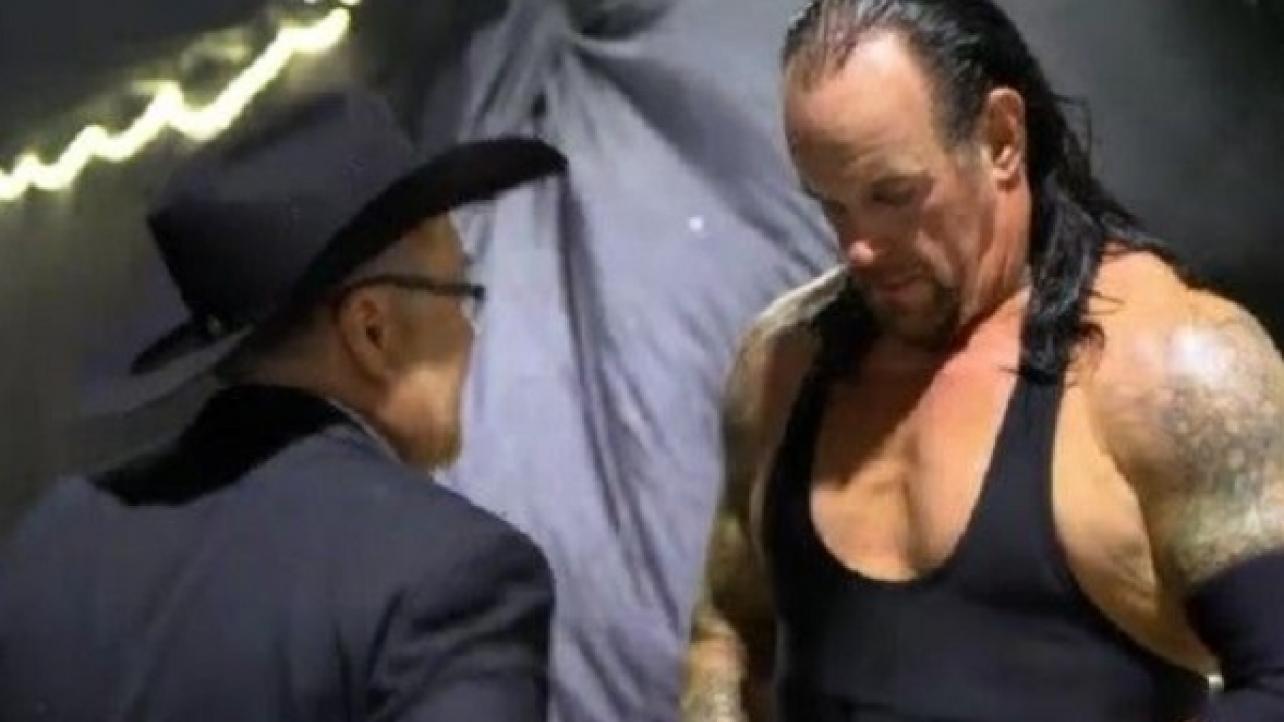 On a recent episode of the Two Man Power Trip Of Wrestling podcast, WWE Hall Of Famer Jim Ross spoke at length about The Undertaker taking bookings outside of WWE, such as the Starrcast II convention. Featured below is an excerpt from the interview where “Good Ole’ J.R.” comments on The Undertaker.

“He’s done many Comic Cons in the past and WWE has booked him at like World Of Wheels or some of those type things, he’s done those and I’m sure he’ll do more of them but when you are in his position and you’ve got young children, he’s not on the road and I’m sure he doesn’t want to be on the road all the time and I wouldn’t at his age and his obligations and the miles on the car,” Ross said. “I’m not surprised about it and to me it’s just a third part booking. He’s still under contract to WWE and I’m sure WWE gave him the blessing to go make a payday. When I had and was working on (NJPW) I had a contract with WWE and at the same time I was working for AXS TV. Now figure that out? I had a contract with them too and WWE had never allowed that but they changed. They were easing up on some things, so basically it was just a matter of me going and doing the thing that I love and keeping my rhythm and making damn good money on the side and they like that and I like it so that is what we did for the first two or three years of that AXS TV deal and it was all with the blessing of WWE and Vince. But the thing with Taker is not and I don’t see it as a sign of anything changing or he’s branching out or he’s going to start wrestling because he’s not going to wrestle anywhere else I can guaranf*ckingtee you that. I can see him doing appearances to sign his name and take a picture and the way they’ve done it as The Undertaker / Mark Callaway (AKA) is for legal purposes as far as the WWE being a publically traded company and The Undertaker IP (the intellectual property) being one of their assets so it was kind of news but I want to work that thing too and as we speak I am under contract. Lawler’s working it and he’s under contract to WWE, I think Ricky Steamboat may be under contract with one of those legends deals but I’m not sure about that. I can see your point and it is a good question but I just don’t read anything into it.”

“It’s not a critical deal and it’s not a big story breaking here and the tip of the iceberg, I see nothing there in that regard. I know that he is getting and from what I understand he’s making and getting great offers to go in and sit down and sign his name and you know like I said people have got to think logically. He’s got a wife, he’s got young children, he’s got a son who is in college so I just think it is just normal parenting being the father, being the husband and all that good stuff and you know they are going to take care of him. I did see something on Twitter where he was going someplace in a private jet, well that ain’t bad and don’t cry for me Argentina because you are riding in a private jet. I think it is just a business opportunity and they are letting him go out and make a payday. My theory is always on this fellas and if I was there today and had any influence on talent, you want your talent to make all the money that they can and all of it that he or she can earn you want them to have and if they have a chance to go do some Wizard World or something along those lines of a big Comic Con and it works out with the schedule than you encourage them to go do it. Go make the extra money and do something smart with it like save it and don’t go have a good weekend at Wizard World.”

Check out more from Jim Ross’ appearance on The Two Man Power Trip Of Wrestling podcast below, or at Podomatic.com.