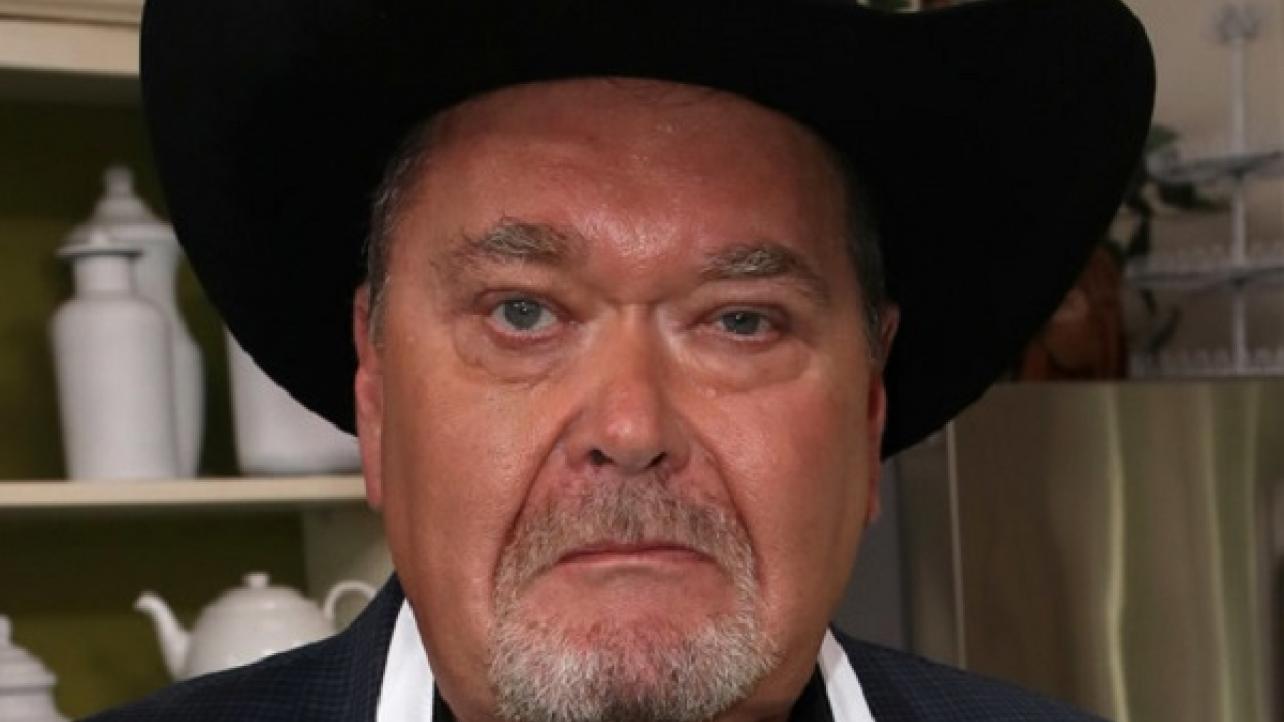 Jim Ross On Kenny Omega/WWE, Vince’s Awareness Of ALL IN & More

On a recent episode of his Ross Report podcast, WWE Hall Of Famer Jim Ross spoke at length about the possibility of Kenny Omega going to WWE, the recent ALL IN event and the independent wrestling scene. Check out some of the highlights below.

On Kenny Omega going to WWE: “I think that Kenny jumping to the WWE is very viable. It could happen; it’s a matter of negotiation. All that matters would be, A) He wouldn’t want to work as many dates as they will make him work. B) He likes to have longer matches, and handle most of his own creative, or at least influence it with his own thoughts. That could all be addressed. The money is one culprit you want to guarantee. So there’s a lot of things in favor of Kenny going to the WWE that can be negotiated, and can be figured out.

“For some reason, I just don’t feel that connection right now. I just don’t feel like Kenny is a WWE… he’s an artist, he likes to do things in a very unique way. He wants to leave some legacy behind, other than the fact that Kenny Omega was a wrestler and got rich. So I don’t feel the Kenny to WWE story, but man, if the numbers are there, it’s hard to say that he would never go to WWE. He’s no spring chicken. Life changing money can be ahead of him. But right now, today as I talk about this, I just don’t have a feel that Kenny Omega is going to WWE anytime soon.”

On Vince McMahon’s awareness level of ALL IN and what Cody Rhodes and The Young Bucks are doing on the independent scene lately: “I don’t think it is a big blip. I don’t think any talent is a big blip, in the bigger picture. I certainly have every reason to believe that he is aware; Cody for God’s sake started there, and is a part of the family in one way, and will always be, thanks to his dad and his brother, and The Bucks are arguably the best tag team in the world. They have a great following, they have a great game plan, they have a great strategy, and their synergy is just wonderful. So I’m sure he’s aware; has he probably sat down to watch some of their matches from start to finish? I doubt it. I doubt it very seriously, but I’m sure he is aware of them. But here’s the deal, he doesn’t have to be keenly aware of everything they do. He has got people to do that like Triple H. They’ve got a massive talent relations staff there, and it is ten times bigger than what it was when I was there. So, they have a lot of feet on the ground. There is absolutely no reason these talents should slip through the cracks, none. Vince also knows that wrestling is all about talent and television. One without the other (doesn’t) work, that’s why he created his own network. But I think those kids are valuable pieces of talent.”

Check out more highlights from The Ross Report with Jim Ross below.

Jim Ross On Kenny Omega/WWE, Vince’s Awareness Of ALL IN & More