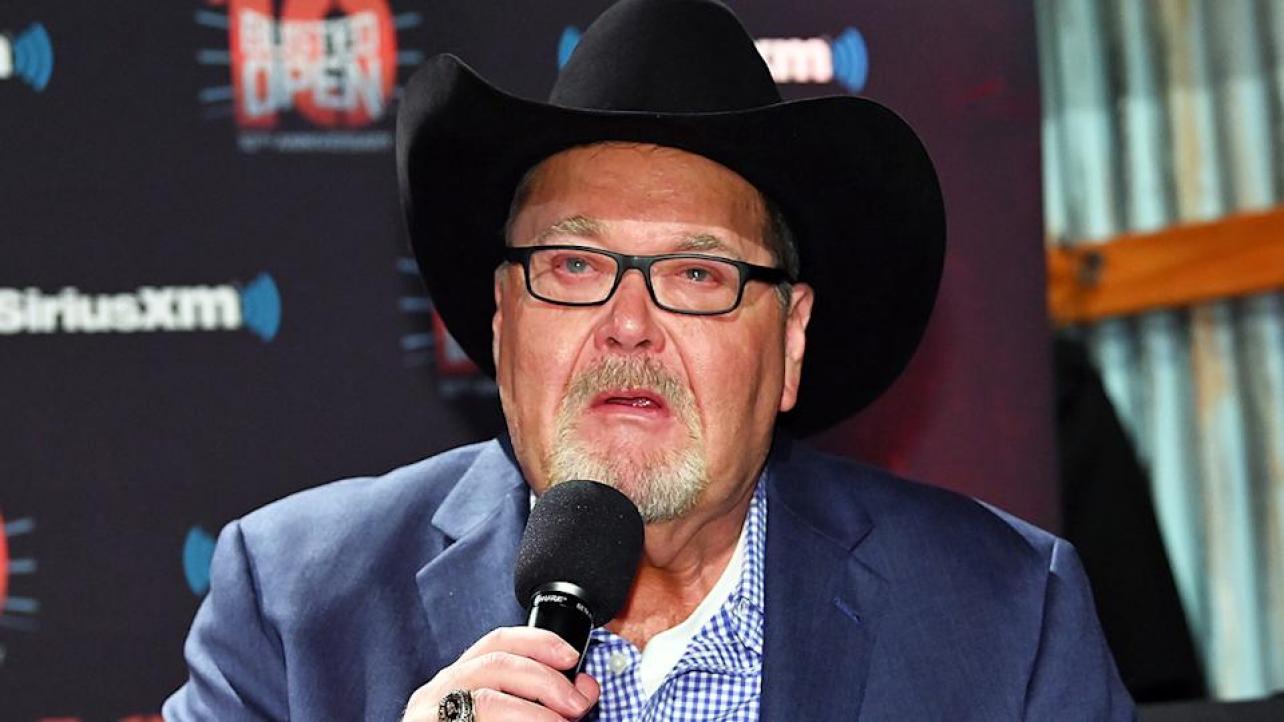 On a recent episode of Grilling JR, AEW commentator Jim Ross discussed his days in WCW.

During the podcast, Ross recalled Jim Herd firing Ric Flair in 1991. Jim also spoke about Flair leaving for WWE, and more. Take a look at his comments below.

“Here’s the deal and how I looked at it as the head of talent. I’ve gotta know how much of my budget I’ve got to cut. You’re looking to save bottom-line costs and the magic number from the bean counters there at Turner is blank. Well, I can figure out a way to get you you’re number and never touch Flair’s money. It’s called management and strategy. So, I’m gonna forsake this veteran that’s basically the face of our brand and has more identity than anybody on the roster over mathematics. It became more than mathematics, it became personal with those guys. Herd dug his heels in and was making a statement. ‘I’ll show these son of a bitches who’s in charge.’ Then there’s Flair who says, ‘I’m Ric Flair. I ain’t gotta put up with this shit.’ I’m just disappointed that communication didn’t happen. We had nobody in the talent relations role at that time in Turner other than Mr. Herd. He hired and fired and negotiated. It was not a good scenario whatsoever.”

On Flair signing with the WWF:

“It was obvious where he’d head. He knew Vince would use him well. That’s all Vince has to say to you. Guys that understand the business know that means you’re gonna be working in the main events or someone in the top third of the card where you get a chance to make more money. Vince put Ric in a top position from day one.”

On the way Flair handled the situation:

“Everybody looked at Ric on a different level than everybody else. Out of respect, he didn’t get a lot of shit in that regard. I’ll tell you, that’s not the way you do business. Naitch knows that. But again, it got so personal and lingered so long that we were losing options. We’re losing the desire to negotiate and solve the issue. At a certain point around that time, I think Ric had given up, ‘I’m leaving, I’m tired of this shit. I’m gonna go to WWF and work for Vince.’ A lot of people didn’t understand. ‘Just drop the belt. What’s it gonna hurt?’ Here’s what’s frustrating, and I’m not blaming Ric because could have or could not have done it. I’m just saying this whole scenario over the title, every day I went to the office it was something different. It got to be like this one-upmanship.”

“I’d have to say this was the worst pay-per-view I’ve been a part of. A lot of us were working our asses off. Everywhere we’d turn, there was another controversy. It was just like a dog chasing its tail. Nothing was ever settled. I feel bad for folks who had to watch it and pay their money for it. There were probably people in WCW who thought that was a good show because they got to do some of their own booking. I don’t remember a show I did that I liked worse. The lead-up to it and all the starts and stops. The top guy in your territory – he’s in, he’s out, he’s in, he’s out.”