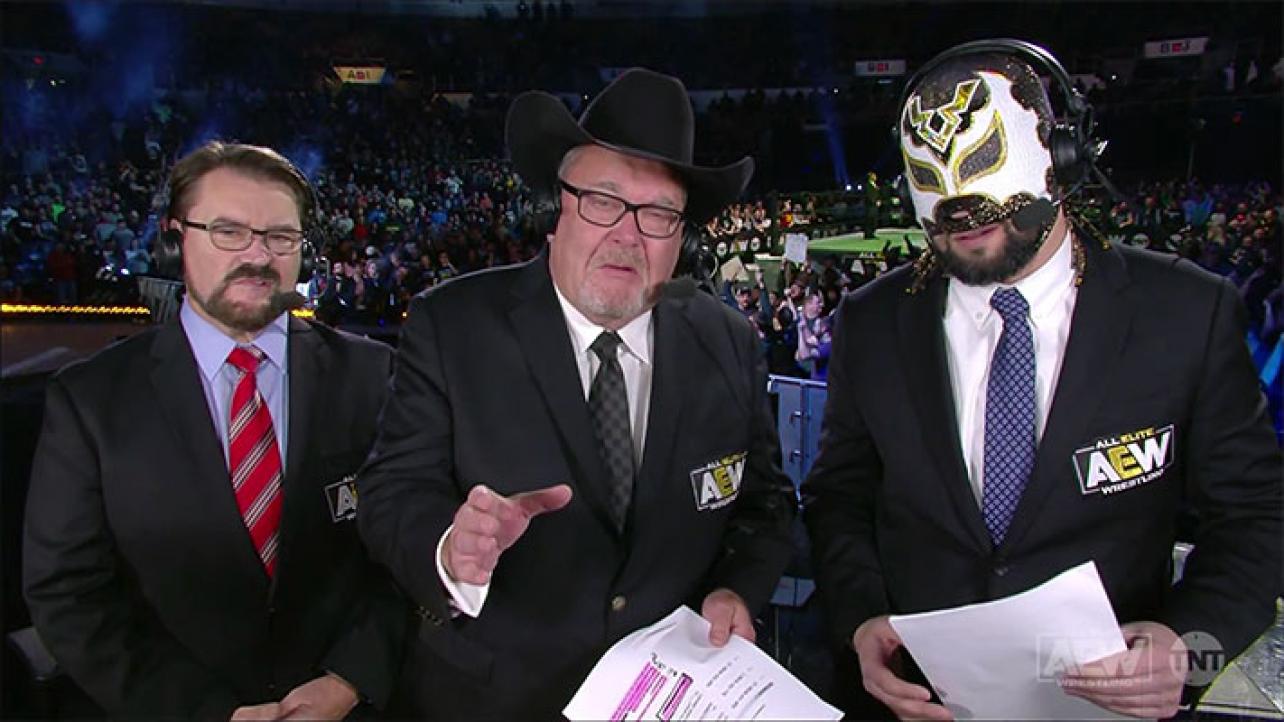 Earlier this week, DAZN interviewed WWE Hall of Famer Jim Ross, who discussed his outlook on a future contract, after his current one expires. The voice of All Elite Wrestling also spoke about the company’s return to live touring, and more. Check out some of the highlights:

Says everyone in wrestling has a “shelf life”:

“I do. You have to. Like, yeah, I’m not John Wayne where I can take an arrow by the stick and pull it out of my own arm or something. We all got a shelf life. I started my third year with AEW recently. I don’t really pay a lot of attention to that stuff. You’re having fun. You’re not thinking about it.”

Says he hopes to keep working with AEW, when his current contract expires:

“I hope that in a perfect world, I would like to stay working for Tony Khan and AEW and take it a year at a time. The contract I came in here was three years because that’s what [Tony Khan] wanted. He wants stability. It made Time Warner happy because they’re used to my work in their company for many years and the WWE stuff as well.”

On the details of his next contract:

“I would say I’ll do this year, and then let’s evaluate and see where we are health-wise, motivational-wise. Then if I come back, I’d like to come back for a year at a time. That way, it doesn’t put Tony in any unnecessary stress. Because by the time my contract ends, I’ll be 70. So some young dude like you that’s 40 is going to be like ‘Jesus Christ, he’s old, dude.’ But I’m having fun doing this. I’m not going to work every day. We do four shows a month. I’m required to be somewhere four times a month. It’s not bad. I’m not complaining. It’s just a matter of getting back in that travel groove. I’m a good packer. I have this saying, ‘I don’t have any room in my carry-on for negativity.’ But I think a year at this stage of my life to be realistic and not be egocentric, a year at a time is smart money for me.”

Shares his thoughts on AEW returning to the road:

“There’s nothing like it. I can’t give you another aspect of what I do that’s more important. The enthusiasm that we garner from the live audience and the ability that they let us ride with their adrenaline to enhance our own is priceless, quite frankly. So for me, it’s an additional motivator. I think for our young talents, even though veteran talents like a (Chris) Jericho or Dustin Rhodes, or some of those guys have been around a while, it motivates them too. It never gets old. Years ago, when I signed Dwayne Johnson and we have always remained in touch and so forth, but he’ll tell you that nothing replicates his feeling when performing before a live audience. He’s on a soundstage. He’s in a take, redo, let’s try another one. They’re still trying another one here. You got no net, and here you go. So I think that for our talents to experience that and feed off that, it’s going to raise their performance level.”