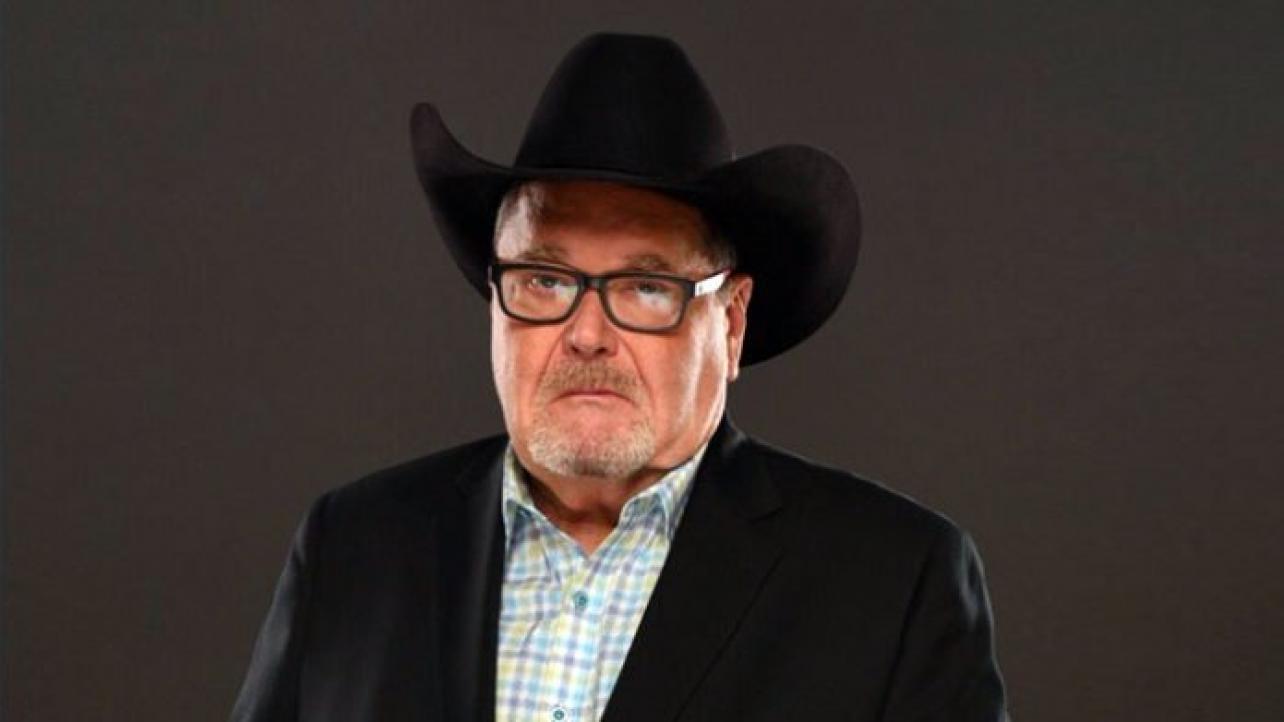 AEW announcer and WWE Hall of Famer Jim Ross recently took time to share his thoughts with Jeffrey Harris during Harris’s 411 Wrestling Interviews Podcast on why and how both AEW and WWE continue to hold shows as the Covid-19 virus continues to affect currently over 500,000 people in the United States. Ross discussed several topics throughout interview, including his thoughts on two of the biggest promotions to ever hit sports entertainment, AEW and WWE, noting how both have handled having their world’s literally turned upside down with the current state of the world with the Covid-19 pandemic.

Ross on safety during taping:

“I think it’s a matter of fulfilling your commitments. They [both WWE and AEW] have a commitment to their various broadcast partners that they’re gonna provide programming, first-run programming, so that’s something we’re both doing. I look at it as they’re honoring their commitments and keeping their hand of the bargain up.”

Harris on how long They’re having to do it in a very unique way, but as long as they can find sound studios or somewhere that it’s legal to do a controlled taping, I perceive that both of them are gonna continue to do exactly what they’re doing until this thing has been eradicated or at least relieved in some degree.

“So I think that inevitably, to get fresh content and some significant developments like a Boneyard Match, for example. Which I thought was phenomenal, no pun intended for AJ who was amazing in that match. And one of my all-time favorites, the Clint Eastwood of WWE, good old Undertaker, Mark Calloway, who I love. I can’t see as if — why wouldn’t it be a sign of the times based on the hand that we’re dealt? I can’t see both companies shying away from pre-produced elements that would be first-run that nobody has seen.”

Ross on the fans “need” for entertainment and how to satisfy that need:

“So I think it’s just a matter of keeping the commitment. Fans need entertainment. I need it, I found myself watching new shows. I’m binge watching things I normally wouldn’t binge watch. And I know that next week, I’m gonna have the opportunity to call the Jon Moxley-Jake Hager No Holds Barred Empty Arena match by myself that will air on TNT next Wednesday night at 8/7 Central. So I’m jacked about that. That’s a big deal for me. And so I get out of the house, I get to do a little voice-over, it’s gonna be great. So I’m looking forward to seeing how that turns out. I haven’t seen it yet, but I’ve got high hopes.”

During the full length interview between 411 Wrestling Interviews Podcast , Ross goes on to discuss and elaborate on his newly published memoir Under the Black Hat: My Life in the WWE and Beyond, his ultimate transfer from his long run in World Wrestling Entertainment, over to All Elite Wrestling, his take on Wrestlemania 36, the Revival’s WWE release and their possible role in AEW, and of course AEW and WWE continuing on with shows during the Covid-19 nationwide pandemic.

Under the Black Hat is available on Amazon for purchase from the legendary wrestling announcer Jim Ross with a candid, colorful memoir about the inner workings of the WWE and the personal crises he weathered at the height of his career.