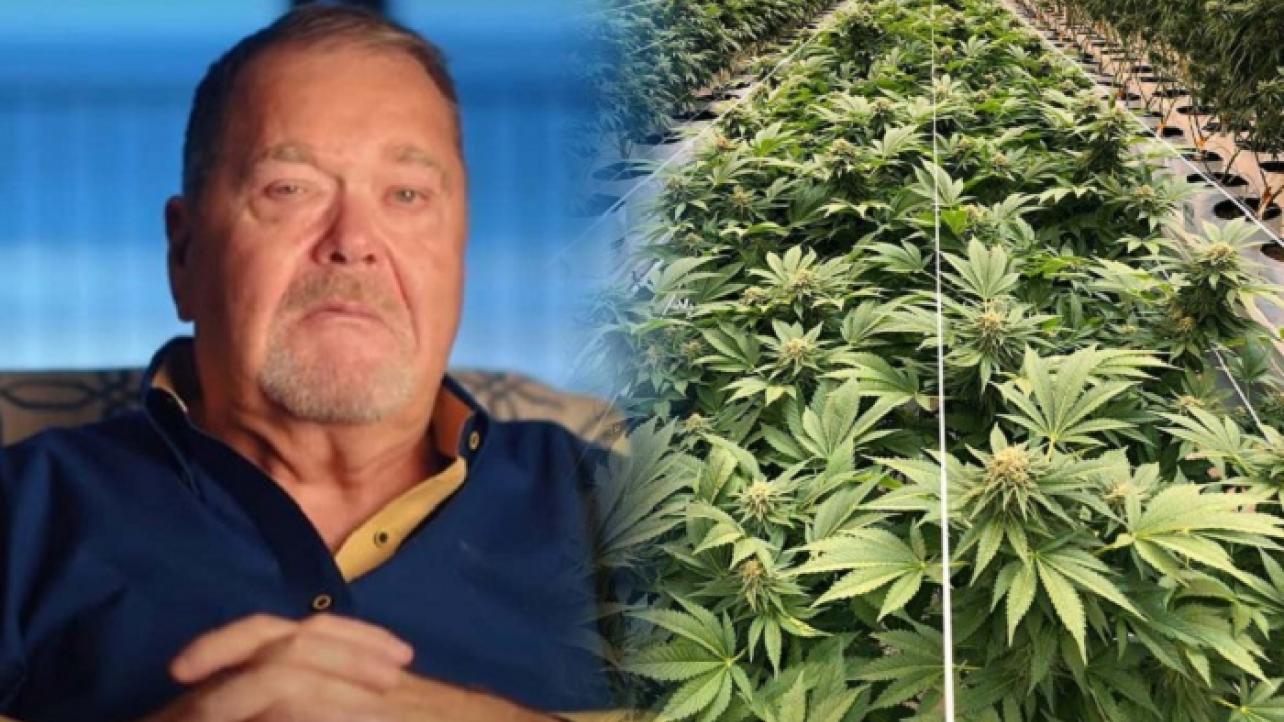 “Good Ole’ JR” is getting into the marijuana business.

Legendary pro wrestling commentator Jim Ross revealed during the latest edition of his “Grilling JR” podcast that he is opening a medical marijuana farm in Oklahoma along with his youngest daughter and her husband.

Featured below is an excerpt from the show where he talks about the plans to launch the business.

“My youngest daughter and her husband and I and another guy, a lawyer, are getting ready to start a cannabis farm. We’re looking at the working title of ‘Black Hat Farms.’ I bought some land in Oklahoma recently for the grow houses and all the things. That’s gonna be their life, that’s a big deal. She’s got a great job in marketing. She’s not gonna quit that, I wouldn’t even let her consider that. So, I’m excited about that for my kids.

“I figured out it was probably smarter to leave them things while I was alive and sort through all the heartbreak and the minutiae and the legal stuff, the probate courts and all these things after I was gone. It’s gonna be hard enough after I’m gone simply because I’ve got so much memorabilia. I need a clever, creative way to have somebody that knows what the hell they’re doing come into my home, inventory my memorabilia, then figure out the best way to pair it down.”

Check out the complete episode of the show at Apple.com.