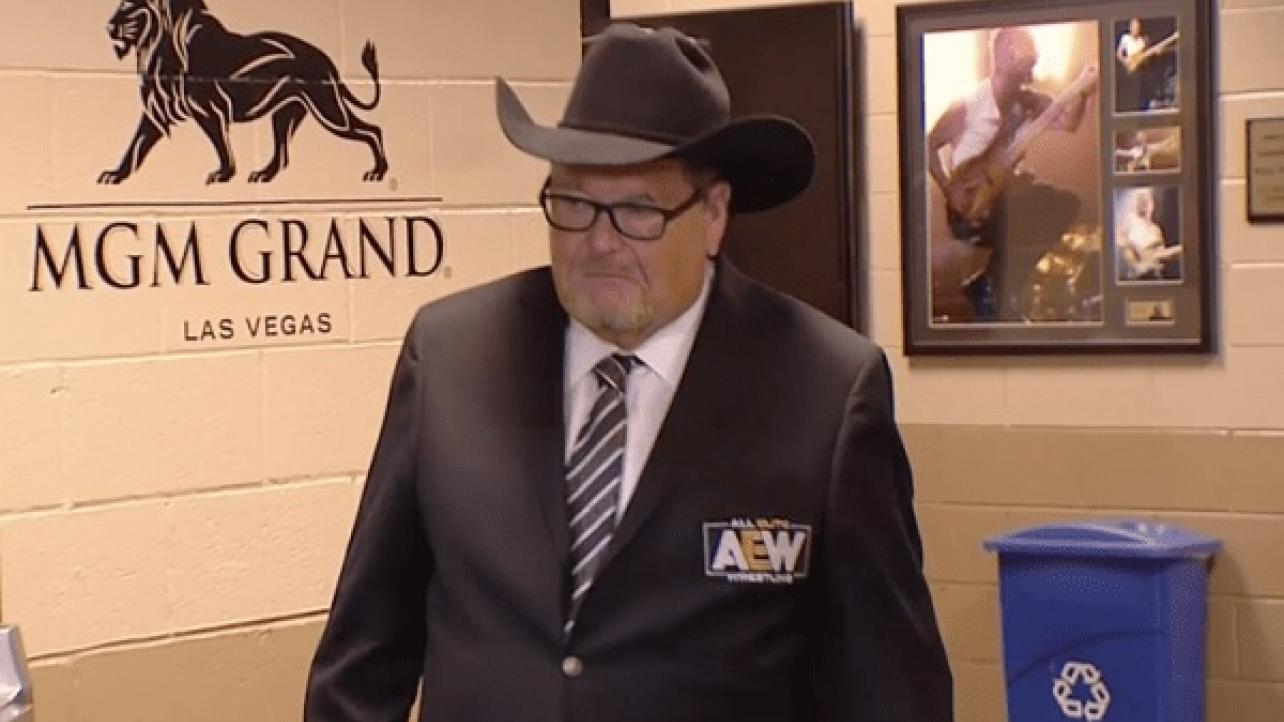 As noted, WWE Hall Of Famer and current All Elite Wrestling (AEW) play-by-play announcer Jim Ross focused on his first-ever sit-down interview with the “Goldust” character in WWE on the latest installment of his weekly “Grilling J.R.” podcast with Conrad Thompson.

During the podcast, “Good Ole’ J.R.” spoke at length about his “one-on-one interview” with Goldust (Dustin Runnels) in WWE. Featured below are some of the highlights.

On his sit-down interview segments with the Goldust character: “I’m assuming it was Vince’s idea. We started getting this more reality-based television storylines, and that was a good one for all the right reasons. Dusty’s world-famous, Hall of Fame guy. He had a great name identity, and the father/son thing was not a work, it was real. So we were kinda fading toward that era of presentation, which still works today, quite frankly. Reality-based like — again, we saw Cody and, you saw finally, Cody and Dustin from Double or Nothing. And they had one hell of a match, I thought … how could you not like that match, right? So it was good stuff, but that was a Vince deal. Anything that was on TV, Vince either created it or approved it. Nothing passes [by him], nothing — when we decided to do that, never happened. At least in that era, it did not happen. But it was just reality.”

On the sexuality of the character: “We were tying to figure out if Dustin was gonna be a babyface or a heel. My point was always in this thing, that whether we tried it or not, I don’t think we should have ever tried to do something that would, you know, the homophobia, the backlash of the negativity of him being a heel. It was not good. Why do you dislike him? Because he may be gay? He may be bisexual? Again, you ask him in this one-on-one broadcast, I didn’t know what androgynous was, as I said on TV, probably. So we didn’t want to go a sexual route wholeheartedly, but it was always gonna be there. It was one of those deals where you say, it’d be like me saying, ‘Well here comes Ahmed Johnson. Man, what an African-American he is.’ ‘Well, I can kinda see that, JR. He’s a black man, okay.’ So things like that go without saying. It’s like saying, ‘Andre’s tall.’ Okay, good job. So it’s kind of where we are on that deal. But Dustin had a story to tell, and he wanted to tell it. I think that maybe it was a way Conrad, for him to make up some lost time. And thankfully at the end of the day, that all happened.”

Check out the latest episode of the “Grilling J.R.” podcast below, or at Omny.fm. H/T to 411Mania.com for transcribing the above Jim Ross quotes.