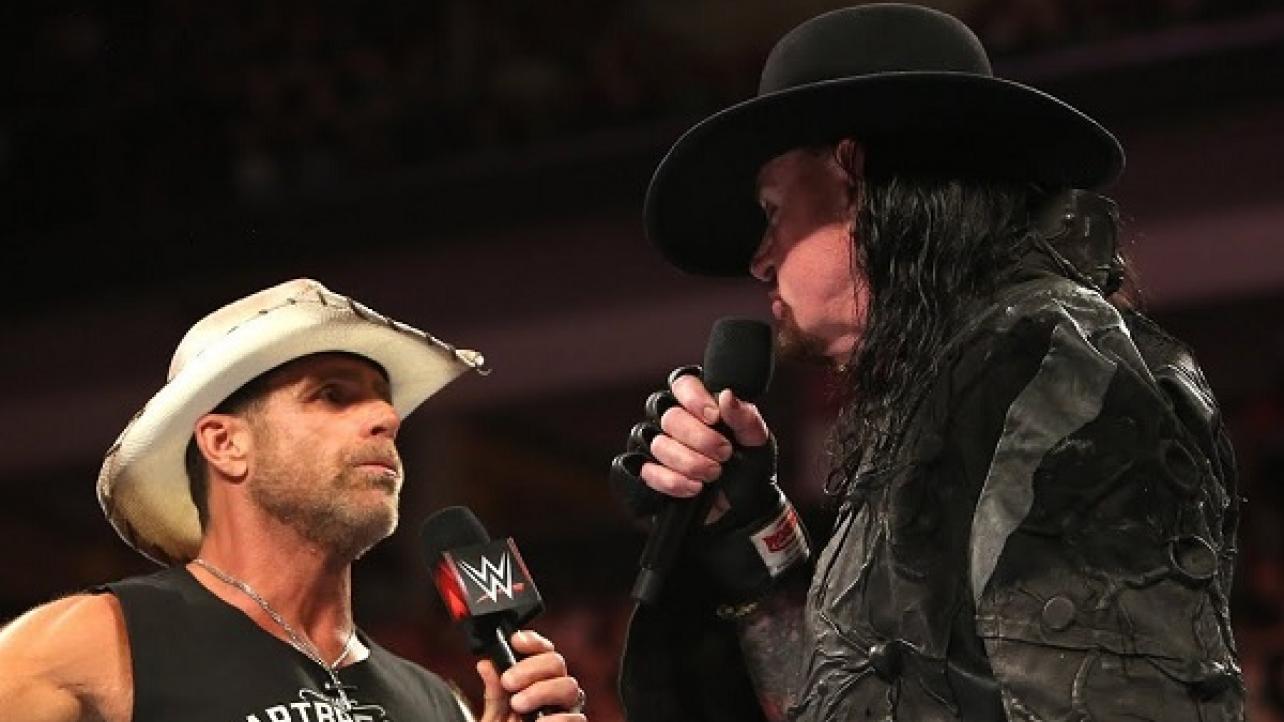 Jim Ross Talks At Length About Shawn Michaels vs. Undertaker At WrestleMania 35

WWE Hall Of Famer Jim Ross recently spent some time breaking down the Shawn Michaels and Undertaker segment from RAW and his thoughts on a potential match between the two at this stage of their careers. Featured below are some of the highlights.

On the Shawn Michaels / Undertaker segment from RAW: “The thing that stood out the most to me on Monday Night RAW, and I don’t know what would be second, and that sounds like I’m knocking the show, but I’m really not! I thought The Undertaker/Shawn Michaels business was so much better than anything that I have seen on television. I thought the Becky Lynch and Charlotte [Flair] business at times has been extremely good because it feels real; it’s organic; I get it. But, boy, this took me back. The Undertaker and Shawn Michaels stole RAW. They stole the show. They’re so far ahead in making an emotional attachment than some of their peers, might I say most of their peers on their team, it’s not even funny. These guys are what you would say is over. They’re really over. And it’s a lot easier to support your guy if he’s ‘over,’ either as a villain or as a hero. And to get over you’ve got to get on a roll. At some point, these guys have got to get on major extended rolls, R-O-L-L-S, rolls. So we’ll see how that works out for the rest of the roster. Bottom line, ‘HBK’ and Undertaker were amazing.”

On his belief that Undertaker and Michaels can still put on a good performance at their age: “I had the privilege of being there for WrestleMania 25, 26, and many prior to that, with those guys and Triple H, so I’ve had a lot of experience with those three men and their matches. I think one of the best matches I ever called or ever saw was Triple H and Shawn when Shawn came back fro his four-year hiatus! It was awesome! I mean, it was textbook. He didn’t miss a damn beat, so anyone that thinks that Shawn and The Undertaker couldn’t have a good match, think again please. And if the glass is always going to be a half empty, they’re not in their prime. Well, no s–t. They’re not in their prime. Wow, what a revelation! Of course they’re not in their prime physically. Mentally, I suggest to you, they’re probably the best they’ve ever been mentally to tell a story, to bring you in, to captivate you, to capture your attention. It’s done psychologically more often than not. I just think that they can give us a great match if and when it’s going to happen.”

On their promo work: “You give it that much time on Monday Night RAW because I damn near wanted to see Undertaker and Shawn more than I wanted to see Undertaker and Triple H as that show went off the air because of the performance of Taker and HBK. It was captivating. It was impactful. That was real. Those were not fake showbiz voices. They were real to me [dammit]. I just thought it was outstanding and one of the best things I’ve seen on TV in a long time and I have communicated to both guys and congratulated them on what I felt like was a stellar night of work, so that’s what I remember most about Monday Night RAW, that interview, the promo.”

On WrestleMania 35 being the perfect venue for an HBK vs. Undertaker match: “If we said Undertaker and Shawn were going to be figured in some way at WrestleMania in New York City [New York], MetLife [Stadium], whatever, New Jersey, everything, you guys know. That would be huge! That’s huge! That’s huge. It’s going to sell out anyway no matter who’s wrestling. The name, the brand, the event sells out. The card sells pay-per-views and [WWE] Network subscriptions. That’s why the card [has] got to be extraordinary for these extraordinary events, these tentpole events. And that’s why I think that there is a better than average chance. You don’t develop this much time on television without going somewhere with it. Why make me think that that could happen and give me that great of a sales job to measure my level of anticipation and enthusiasm regarding the storyline without somewhere down the road being able to deliver it? So time will tell.”

Check out the complete episode of The Ross Report podcast featuring WWE Hall Of Famer Jim Ross at Player.fm.

Jim Ross Talks At Length About Shawn Michaels vs. Undertaker At WrestleMania 35